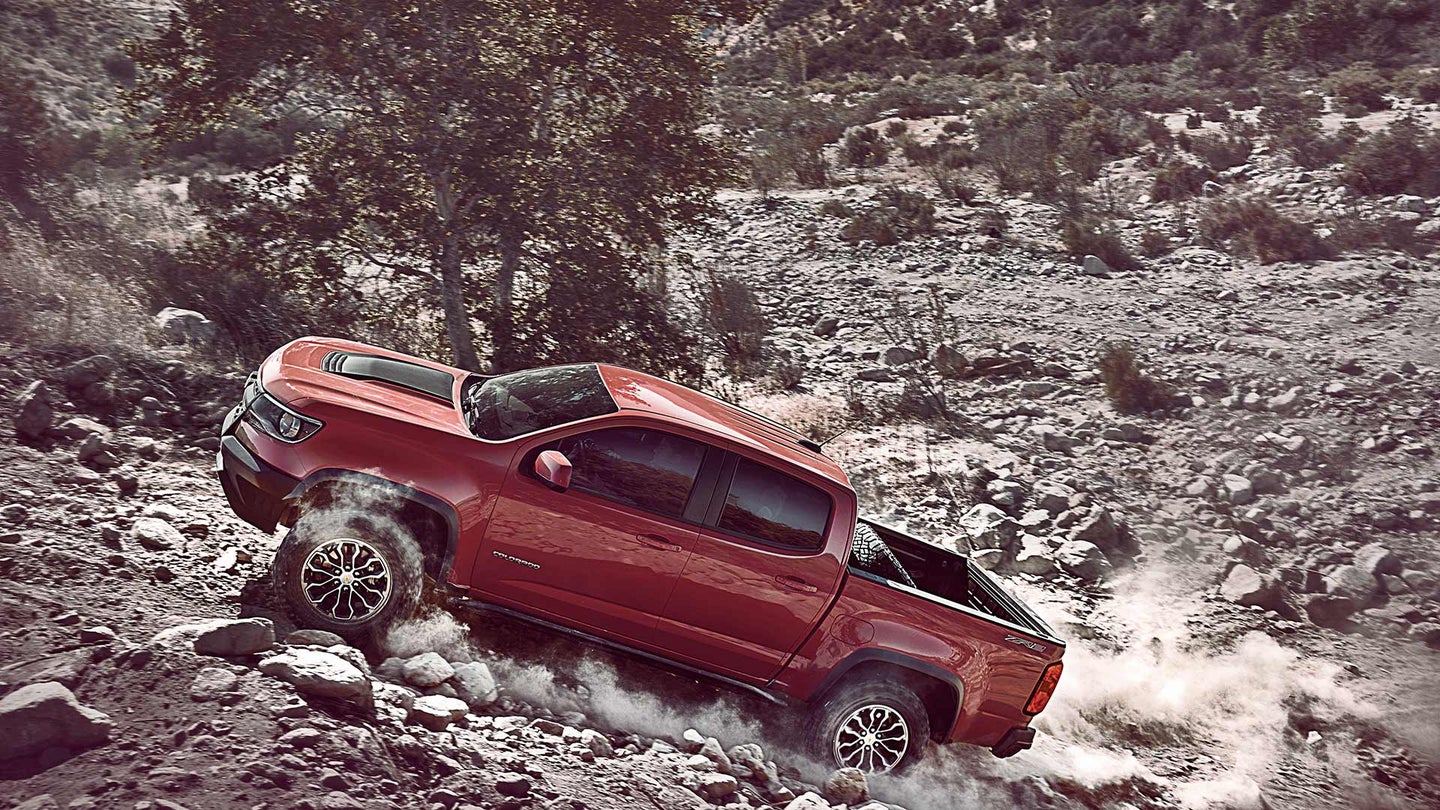 There is a lot of buzz about the Chevy Colorado ZR2 already and for good reason. It is a mid-sized pickup with a gas or diesel option with an aggressive offroad suspension setup and frame-mounted rockers. When you throw out a sentence like that, you are bound to get someone's attention.

The Chevy Colorado ZR2 comes in either extended cab or crew cab and with a 2.8-liter 181 horsepower and 369 lb-ft of torque four-cylinder diesel or a 3.6-liter V6 with 308 horsepower and 275 lb-ft of torque. The diesel is paired with a six-speed transmission while the gas engine is paired with an eight-speed. Beyond that, the truck's overall configuration can't vary too much. But, why should it?

In order to coincide with the already mean offroad look the ZR2 holds, Chevy has opted to keep the rubber floor matts as an option for the truck as well as a standard spray-in bedliner. They have also thrown on enough skid plating and rockers to make the truck a fortress when offroading. In order to keep the truck stable during offroad adventures, engineers widened the front and rear tracks by 3.5 inches and gave it a 2 inch lift for improved travel as well as to clear the 31-inch Goodyear Wrangler Duratrac off-road tires. The true main attraction is possibly the front and rear locking differentials. Definitely something you don't see in the production truck community outside of the Ram Power Wagon but it is much appreciated. Between that, hill decent control, Multimatic DSSV suspension and all the other goodies, The Drive can confidently say Chevy came to play.

Below you can find some solid footage of the Chevy Colorado ZR2 undergoing testing at various Chevy proving grounds. Also, be sure to continually check out The Drive for a first drive review coming very soon.