Watch the Chevy Camaro ZL1 Lap the Nurburgring in 7:29 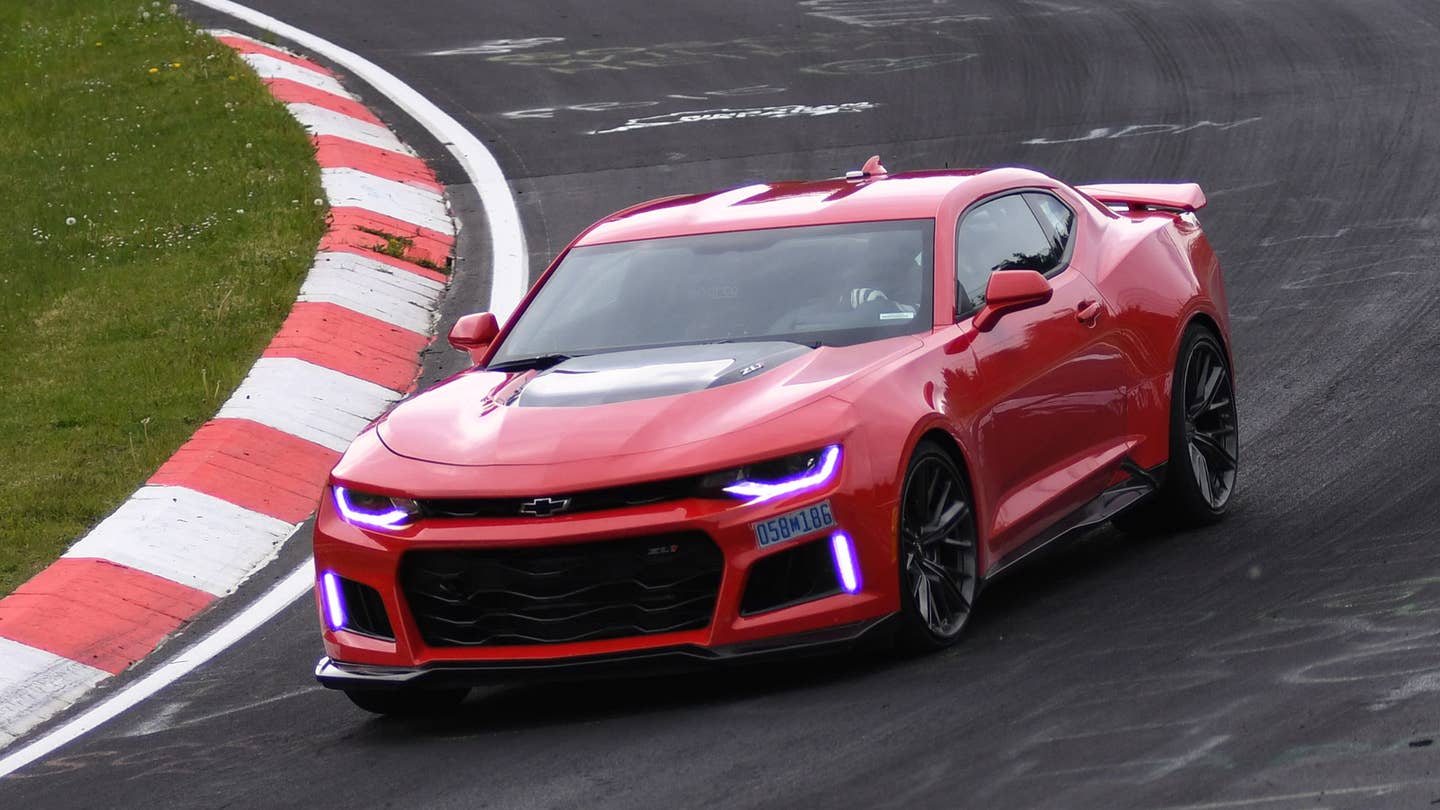 Hold on to your butts. The 2017 Chevrolet Camaro ZL1 lapped the Nurburgring in 7:29:60—and Chevy caught the whole event on video.

The Camaro ZL1 in question was kept almost entirely stock for its official timed run; the car was given a roll hoop, some Sparco six-point racing harnesses, and a more comprehensive suite of data-harvesting gear, but otherwise, it was the same 650-horsepower supercharged muscle car that’ll be landing in dealerships soon.

In another sign of the impending extinction of the manual transmission, the ‘Ring-record ZL1 was equipped with the GM’s new 10-speed automatic transmission developed in conjunction with Ford. Indeed, the transmission was even left to make its own decisions during the 7:32 run. (Hey, at least the stick shift should still win in the 0-60 race.)

As Chevrolet was more than happy to point out in the official press release, that 7:29.60 lap time is a full 11.67 seconds than the outgoing fifth-gen Camaro ZL1. But that sub-7:30 lap time also puts the 2017 Camaro ZL1 ahead of some serious metal. Both of the current contenders for the four-door ‘Ring lap crown, the Alfa Romeo Giulia Quadrifoglio and the Porsche Panamera Turbo, fall behind the maximum ‘Maro by a substantial margin. The Ferrari 458 Italia, the current Porsche 911 GT3, the Lexus LFA—all fall to the new Camaro. The time even puts the new ZL1 ahead of the outgoing track-monster Camaro Z/28, which ran the Nordschleife in 7:37.4 three years back.

It also puts the new ZL1 within spitting distance of some even crazier sports cars. Even in the hands of Walter Röhrl—yes, the Walter Röhrl—the Porsche Carrera GT was only able to run the ‘Ring in 7:28 flat.

While the official record may not be quite as impressive as the rumored 7:23 lap time, it’s still worth of high praise. The idea of a new Camaro setting any sort of decent ‘Ring time at all would have been laughable a decade ago; today, we live in a world where General Motors has built a muscle car that can outrun Porsches at the Nordschleife. And wh

And not to immediately move onto the next thing, but this news has us even more charged up to see how quickly the new sixth-gen Camaro Z/28 will lap the German track.