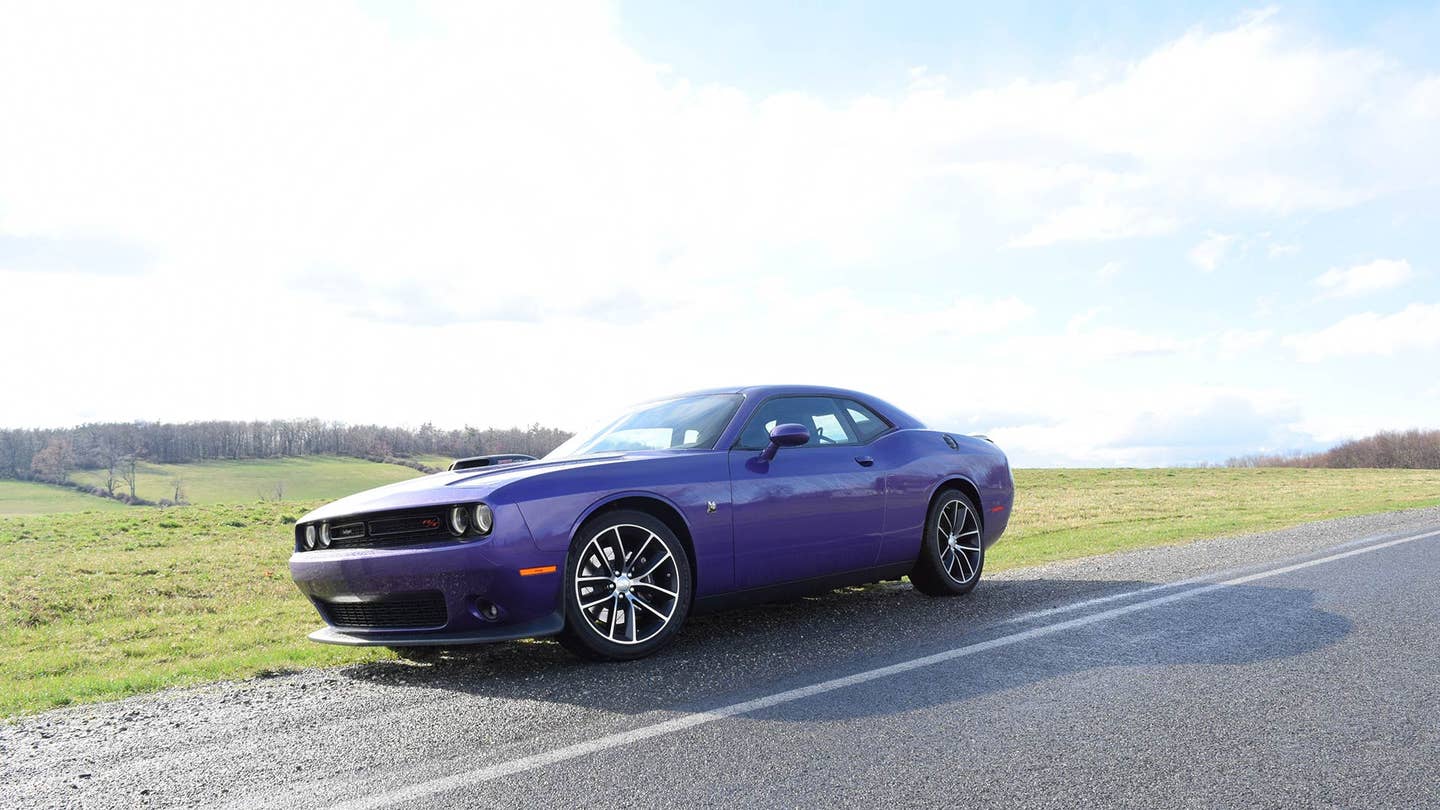 Even if you know very little about the 2016 Dodge Challenger 392 Hemi Scat Pack Shaker, you know two things at which it excels the moment you lay eyes on it: going fast and being loud.

I picked up the car in Brooklyn, eager to see what this oversized muscle machine could do. But piloting a Scat Pack Shaker in Brooklyn is like bringing a condom to a lunch date: You're fully prepared to have some debaucherous fun, but there's a slim chance in hell it will actually happen. What I got instead was city traffic—and plenty of it.

The only way to beat city traffic is to run from it, and so that's what I did, calmly shuttling the 4,082-pound coupe down Interstate 684 and listening to the 392 cubic-inch, naturally-aspirated 6.4-liter V8 engine rumble pleasantly through the dual exhaust. Once I-684 turned into Route 22, the real fun began, and I got to feel the Bilstein suspension capably shepherd a two-ton, rear-wheel-drive V8 that feels about the size of a living room through a series of tight back-country corners. This isn't a Miata, but if you've ever seen a shockingly agile 250-lb. NFL lineman kill it during footwork drills, you get the idea of how this thing can move when properly motivated.

In normal driving, the Challenger's 8-speed automatic transmission opted to hang out in seventh—but step on the gas and you open the gates of hell, with the tranny dropping four gears and the car rocketing forward with atmosphere-shattering thrust. With each upshift, the Challenger belched, eliciting visible winces from my road-going neighbors, and thanks to 475 lb-ft of twist and impressive throttle response, passing the tractors that plague the New York and Connecticut countryside was a non-issue.

Over the next few days, I kept looking for reasons to miss the Challenger Hellcat's extra 222 horsepower, but honestly, there was never a real need for it; this thing is plenty, stupid fast as is. What I did grow fond of was how beautifully, obnoxiously American this car is—and certainly by design. Rumbling through the quiet 'burbs of Sharon, Salisbury, and Lakeville, Connecticut, this Plum Crazy muscle car thumbed its flat nose at the myriad Land Rovers and "rustic" country cars; the American flag shorts I insisted on wearing completed the "come at me, bro" look. Repeated tire chirps made me no new friends in those sleepy towns, but I wasn't there to make friends, anyway. Actually, "not here to make friends" might be the Challenger Scat Pack's personal motto.

Ultimately, the Challenger 392 Hemi Scat Pack Shaker's biggest "fault" is the very reason so many people lust after one in the first place: it's too loud, fast, and aggressive to fit in anywhere but a race track or the occasional car meet. If you drive this car, you will stick out like a sore thumb and find yourself the recipient of looks both envious and scornful.