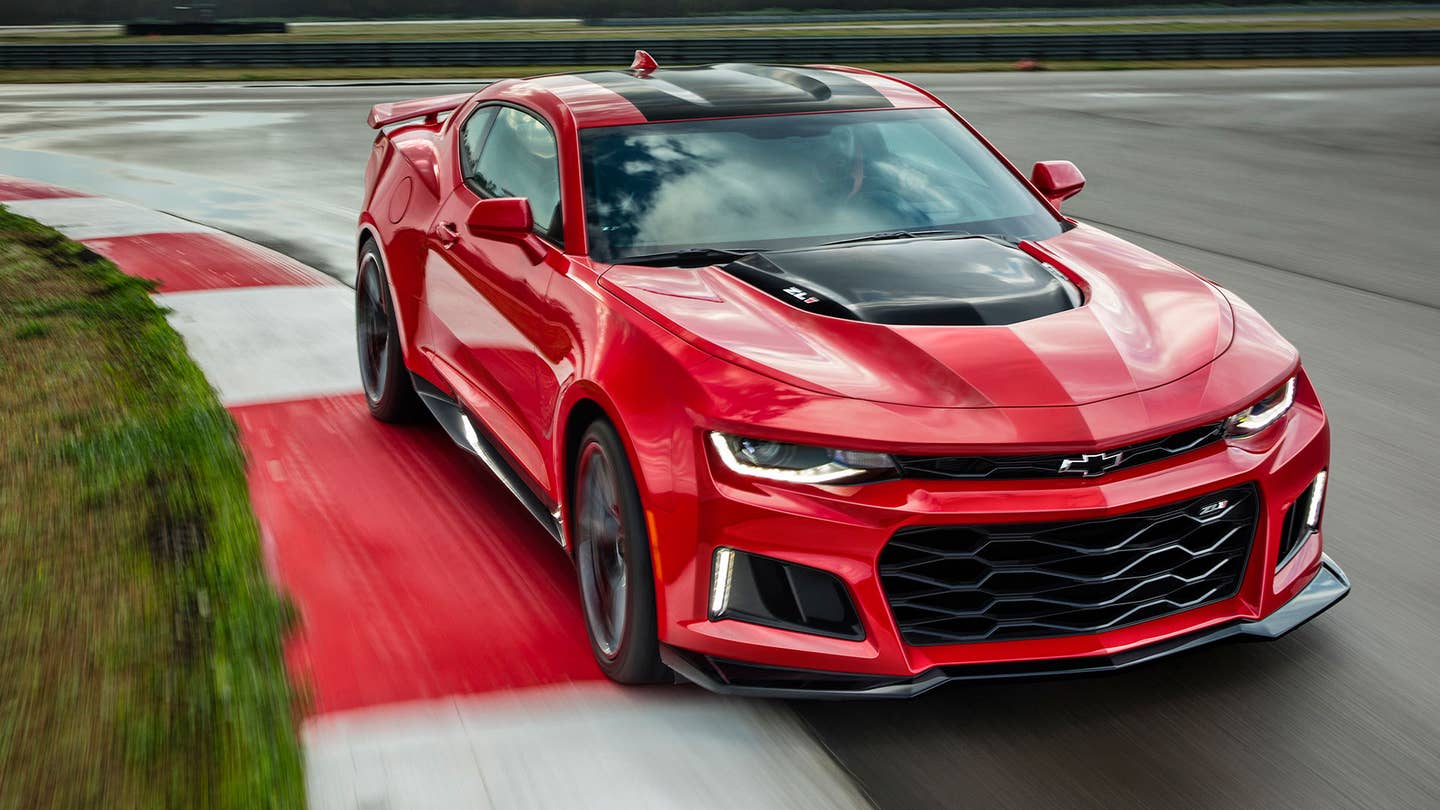 File this rumor in the "Awesome If True" cabinet: The 2017 Chevrolet Camaro ZL1 may have set a Nurburgring lap time of 7:23.

Actually, to be specific, the Chevy may have set a lap time of 7:32.11, according to a recently-added entry for the 2017 Camaro ZL1 on the Wikipedia page cataloging lap times at the Nurburgring Nordschleife. But the devil's in the details, and there aren't many of those to be found here. The entry doesn't mention the date of the record run nor who was behind the wheel, as it does for many of the more reputable 'Ring times on the list. Even more worrisome, while the entry claims the 7:23 Nurburgring lap was set by General Motors during an official test, it offers no citation for this claim—leaving it as unsubstantiated as Donald Trump's charitable donations.

Still, a Nurburgring lap time of around 7:23 would seem well within reach for the Camaro ZL1. The 640-horsepower supercharged muscle car packs a long list of features optimized for track work, such as magnetic ride suspension, giant Brembo brakes, and a new 10-speed automatic transmission. We've seen it running the German course as recently as May, so at the very least, Chevy is testing the ZL1's mettle there

There's precedent for Camaros setting ridiculous times at the Nurburgring. The old Camaro Z/28 officially ran around the famed German track in 7:37.4 back in 2013; given that 505-horsepower fifth-gen Camaro was substantially down on power and lacking in ability compared to its Alpha-platform descendant, it seems more than feasible the new ZL1 could knock 14 seconds off the old Z/28's time.

If true, that 7:23 Nurburgring lap time would mean the 2017 Camaro ZL1 can beat some serious heavy metal on the fabled course. The widow-making Porsche 911 GT2 RS's 7:24 'Ring lap would put it a hair behind the big 'Maro, with the Maserati MC12, Ferrari Enzo, and Pagani Zonda F Clubsport all a few tenths farther back. It also would mean the new Camaro ZL1 creams the current BMW M4 GTS around the 'Ring, as the badass Bimmer set a video-supported lap time of 7:27.88.

So for now, all we can do is sit back and wait for some sort of official confirmation or denial. The Drive has reached out to Chevrolet for comment; we'll let you know what the carmaker tells us. In the meantime, we'll be wondering: If the Camaro ZL1 is that fast around the Nurburgring...what kind of 'Ring time will the new Camaro Z/28 set?