The Real Batpod Motorcycle Is For Sale 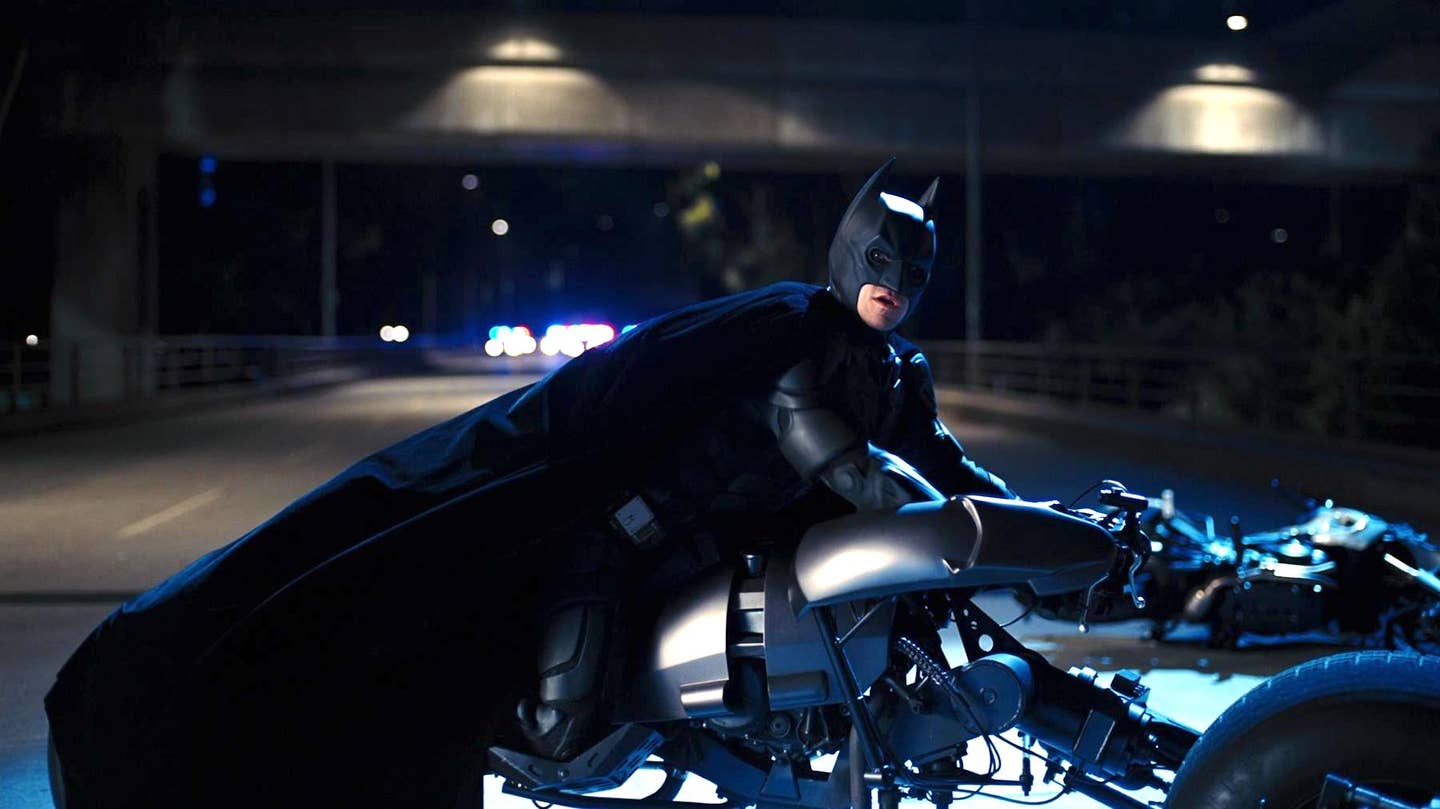 There are plenty of replica Batman vehicles floating around, but genuine artifacts are hen’s teeth. To wit, Nathan Crowley and Chris Corbould built just six examples of the Batpod motorcycle. Now, one of those two-wheel machines is heading to auction.

Yes, for an estimated $80,000 to $106,000, anybody can climb on the real-deal Batpod from Chris Nolan’s epic trilogy. This bike was mostly ridden by stuntman Jean-Pierre Goy during filming for The Dark Knight and The Dark Knight Rises.

Those are meaty 31-inch Hoosier racing tires at both ends. Predictably, the chassis and fiberglass body are custom. Power comes from a 750cc Honda engine. The machine guns might be fake, but the laser targeting unit is real, and it doesn’t get more legit than a Warner Bros. certificate of authenticity.

The Batpod, set to be auctioned by Prop Store on September 27, doesn’t come with a fuel tank or battery, and the throttle controls are disconnected. Sounds like an adventure. Godspeed, comic book nerds. Godspeed.