Kawasaki's Team 38 has something mysterious cooking for Bonneville Speed Week. 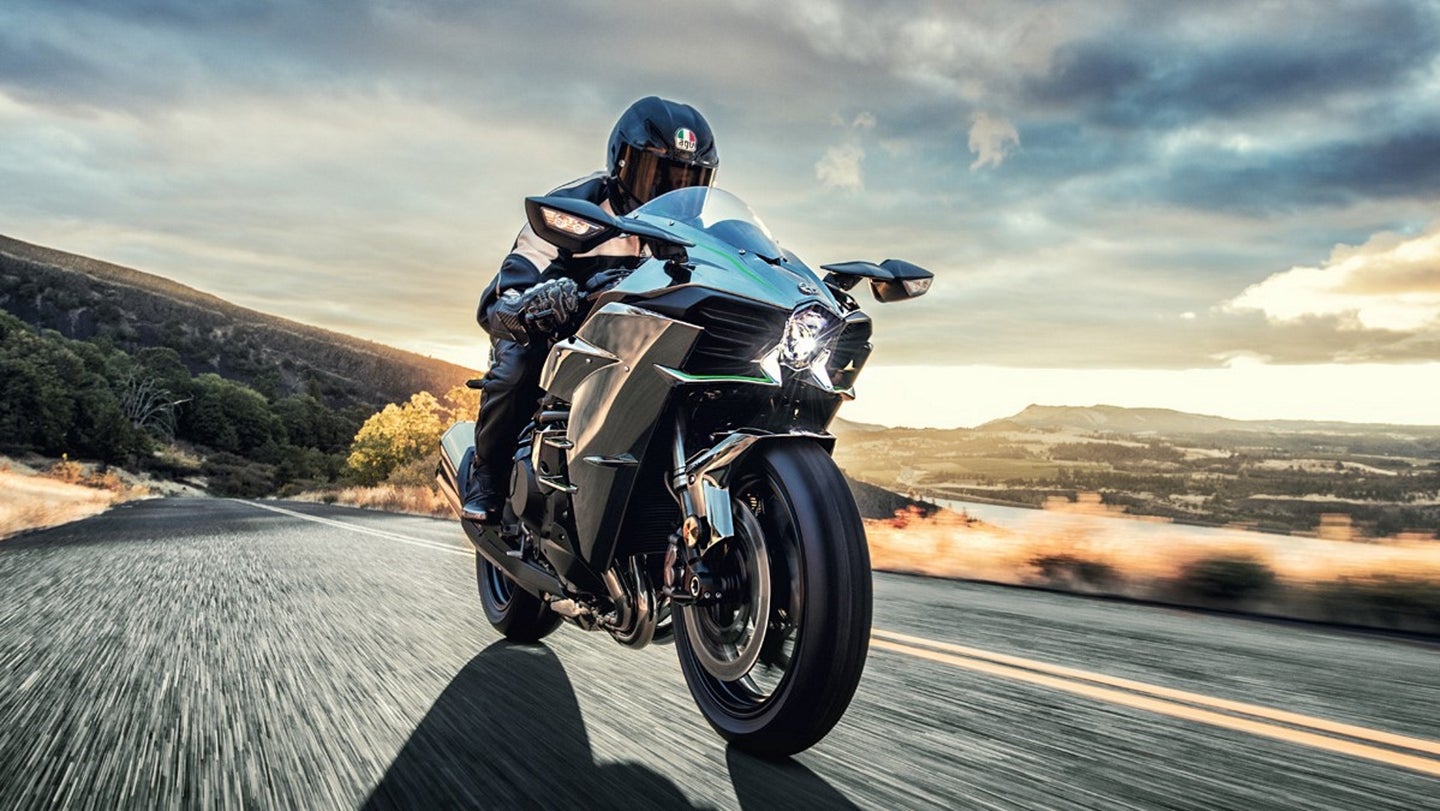 Kawasaki’s Team 38 is bringing a Ninja H2 to Bonneville Speed Week to shoot for a record, but Kawasaki won’t specify which record it’s going for. Team 38 is comprised of test riders, engineers, and motorcycle enthusiasts who are serious about speed. But apparently, this record attempt isn’t strictly about speed. In the video below, Kawasaki cryptically describes “a new world beyond speed.” What could it mean?

The bike they’re bringing to Bonneville is a “specially prepared” Ninja H2. It’s worth noting that this is the street-legal version of the bike and not the track-only H2R. The supercharged H2 makes 200 horsepower and 98.5 pound-feet of torque with the supercharger making 20.5 PSI of boost in stock form. We don’t know the specifics of the modifications that Team 38 has made to the H2 in question, but there have been accounts of a few changes making big power gains on top of the already impressive HP rating.

Bonneville Speed Week 2018 is the second chapter of Team 38’s pursuit of a record with a Ninja H2. Last time, it was on an H2R in 2016 just to see how fast it could go at Bonneville where they sprinted to 220 MPH.

Collectively, the crew is “focused on continuing the racing legacy of Kawasaki while also pushing the development of Kawasaki models,” according to a press release. The teaser video has us very curious as to what Team 38 and Kawasaki are actually attempting, but we’re looking forward to whatever craziness they bring to the salt flats starting August 11.