The event at Road Atlanta will have road racing, Tony Hawk, and a motorcycle show. 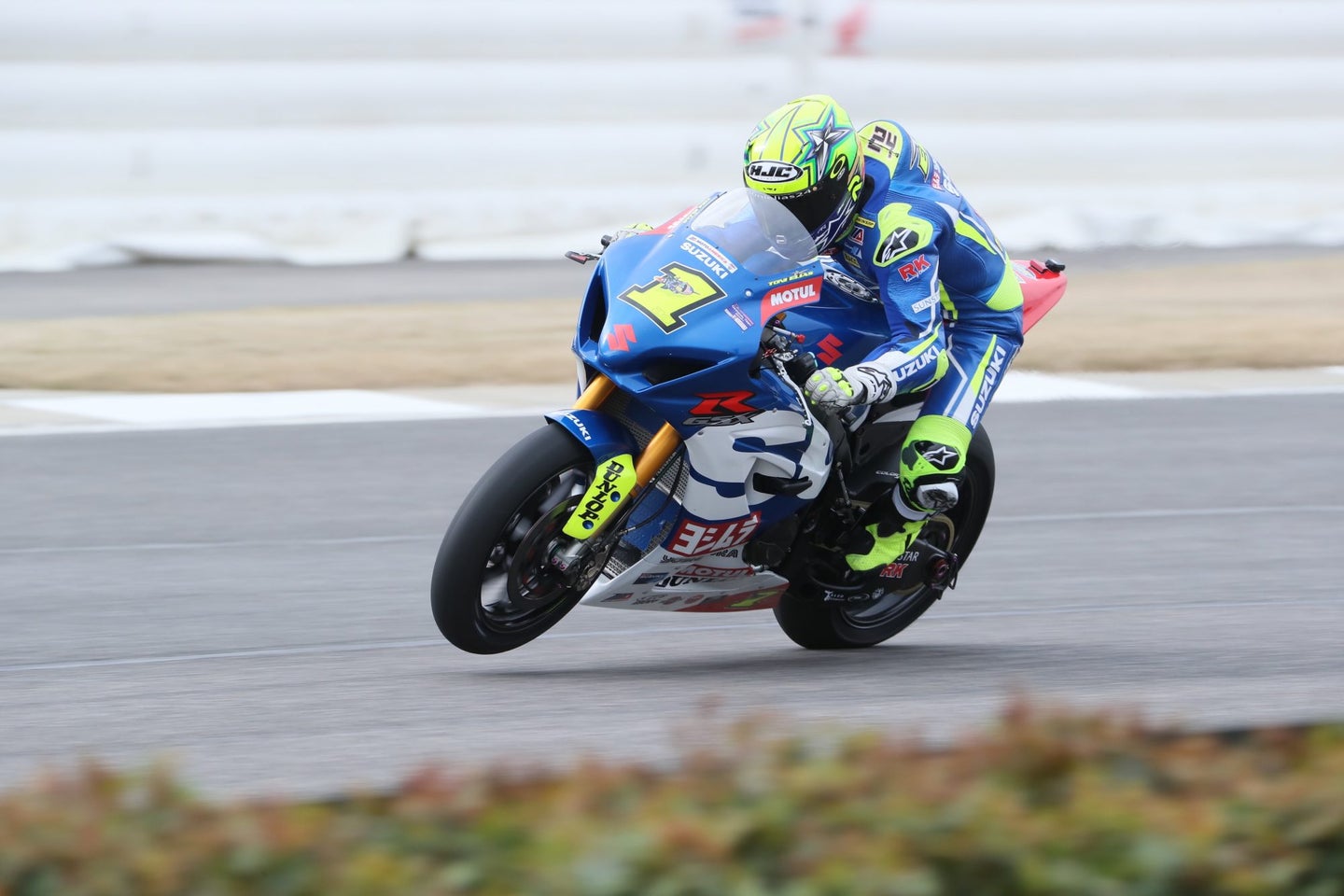 Something worth checking out is the all-new MotoAmerica Series of motorcycle pro road racing. The series begins its 2018 season April 13-15 with the Suzuki Championship at Road Atlanta in Braselton, Georgia. Race fans will see a new format of five individual motorcycle classes: Junior Cup, Supersport, Stock 1000, Twins, and the premier Superbike class. Practice and qualifying began Friday; Saturday and Sunday each feature four races.

About this weekend’s event, Paul Carruthers, MotoAmerica marketing director, said, “We are really happy to be starting our series this year at Road Atlanta. Not only is there a lot of history at the track, it’s also a track that the riders love. There’s been some talk about the possibility of rain; while we always would rather have dry races, we’ve raced here in the wet before and we will do it again if necessary. From a fan’s standpoint, I’ve always thought the rain was kind of cool for racing. It definitely levels the playing field and gives everybody a chance of winning.”

In Friday’s qualifying it quickly became a Suzuki versus Yamaha brand battle, with defending champion Tony Elias on a Suzuki edging out Cameron Beaubier on a Yamaha for the fastest Superbike lap of the day. Their difference in lap times is only .064 of a second, setting the stage for a tight race. Right behind them is a tight group of additional Yamaha riders: Matthew Scholtz, Garret Gerloff, and Kyle Wyman in fifth place, the last of which was only a tad more than half of second slower than Elias.

MotoAmerica is managed by Wayne Rainey, a three-time world Grand Prix motorcycle champion and AMA Hall of Fame inductee. An added attraction that Rainey and his team have brought to the MotoAmerica Suzuki Championship at Road Atlanta include superstar skateboarding legend Tony Hawk and a crew of world-class skating and biking athletes doing exhibitions on a giant ramp. Hawk will perform Saturday.

A must-see from the glory days of daring-do is the Wall of Death, brought to you by the world-famous American Motor Drome Company. Additional on-site attractions include country music's Annie Bosko, the Caffiene and Kickstands motorcycle show, and the Kids Zone which featuers a pump track and mini-moto exhibition.

Advance tickets can be purchased online, including VIP packages and the lifetime-experience of Dunlop M4 Suzuki two-Seater laps around the racetrack.