A good riding school can teach you to drag a knee on the track—but more importantly, it can save your butt on the street! 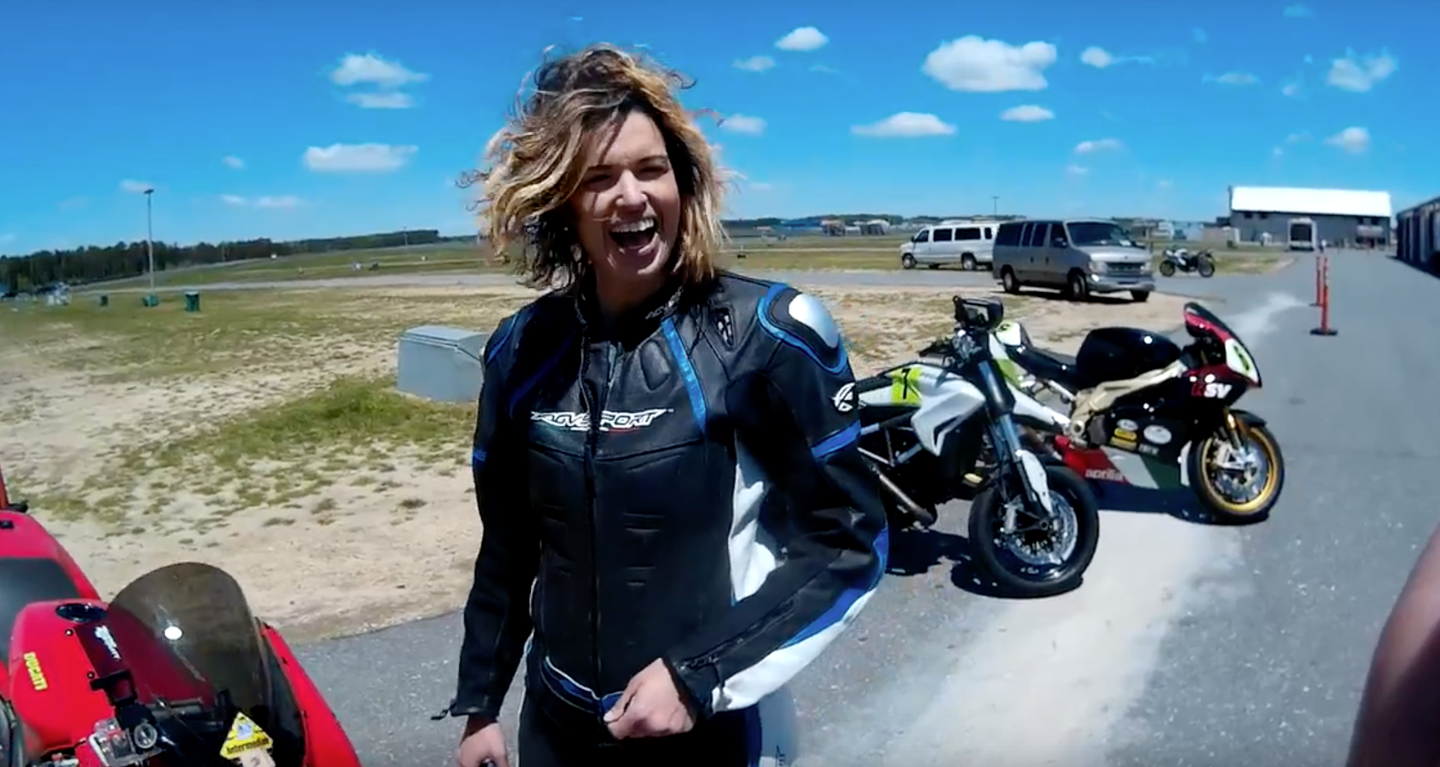 For anyone who’s ridden a motorcycle—and cares about getting better at it—you’ve probably heard of A Twist of the Wrist: The Motorcycle Roadracers Handbook, by Keith Code, a longrunning motorcycle racing instructor and founder of California Superbike School, which began way back in 1980. California Superbike was also highly recommended to me, and so I was stoked to finally learn from the best.

California Superbike school offers amazing, high performing BMW S1000RR for use, but I opted to ride my own Ducati Hyperstrada 821 in order to learn the basics on my current bike, which I plan to use for future track days. The school teaches four levels and every rider, at every skill level, begins on day one at Level one—and for a good reason.

You have to "get past survival and rider reactions," says Dylan Code, son of Keith and the lead California Superbike instructor. The key to going fast is first about going slow: relaxing and hitting those turns with all the fundamentals in place.

Doing the drills, in other words, is what helps build speed. And the Level 1 handbook makes it quite clear that "crashing ends your day," so overly aggressive riding comes with a high price—plus, there's no aggressive passing allowed, and the teaching staff reserves the right to park anyone, for any reason. The school is structured for safety above all else: if you don't get the fundamentals and visuals down, you won't just get a knee or an elbow down—you'll get everything down, because you will have crashed. So your focus is clear: to get better, "do the drills," as the instructors say.

Level 1 included one off-track drill for me, a steering exercise where I practiced the all-important counter-steer, and I also did some S-turns up and down a parking lot straight, pushing my handlebars out.

Next, onto the track for drills and instruction from my coach, Gerry Signorelli.

My first drill was about throttle control, working to make sure I could gain maximum stability and traction via optimization of my suspension. I did this whole drill in third gear, and never touched the brakes! Always great when you start out focusing just on riding, not on changing gears or braking.

Every turn has an entry point—so this exercise was about identifying that entry point with an "X marks the spot" drill. Not too early and not too late! I stuck to third gear, again, and still stayed off the brakes—and wow was life good with a giant yellow X on the track helping me learn just where the optimal turning point was.

Drill three was about increasing the speed—moving out of my comfort zone and making those turns more quickly. (But still in 3rd gear, and no brakes, though hitting 4th gear followed by light braking was an option for the drill.) And, voila!, I was suddenly getting through those turns much more quickly! It's all about keeping calm and just doing it.

As the school handbook put it, “Motorcycles are a bit like horses; they do not respond well to either over-control or under-control.” You have to know when to be active, and when to relax to keep both you, and the bike, stable. Since no braking had worked for all the other drills so far, I stuck to it, but played around by switching between second and third gear, and even some fourth gear.

This was the final—and fun—drill that put together what we learned from the other drills and skill work, by both spotting turn-in point and targeting mid-turn positioning for every corner. This is about constructing a racing line from every spot on the track. I started the drill in the same way I'd been tackling the previous exercises—staying consistent with the gearing and no braking—but by the second half I was using brakes and running through the gears!

I learned a bunch. Of course I'd recommend Cali Superbike school to every rider who wants to learn how to tackle a race track, but it's equally great instruction for becoming a better street rider.

Now I can’t wait to go back for Level 2 and learn, to learn more about lean, slide, and braking—and to get my knee down!

As Keith Code says, “Learn the skills—discover the Art!”