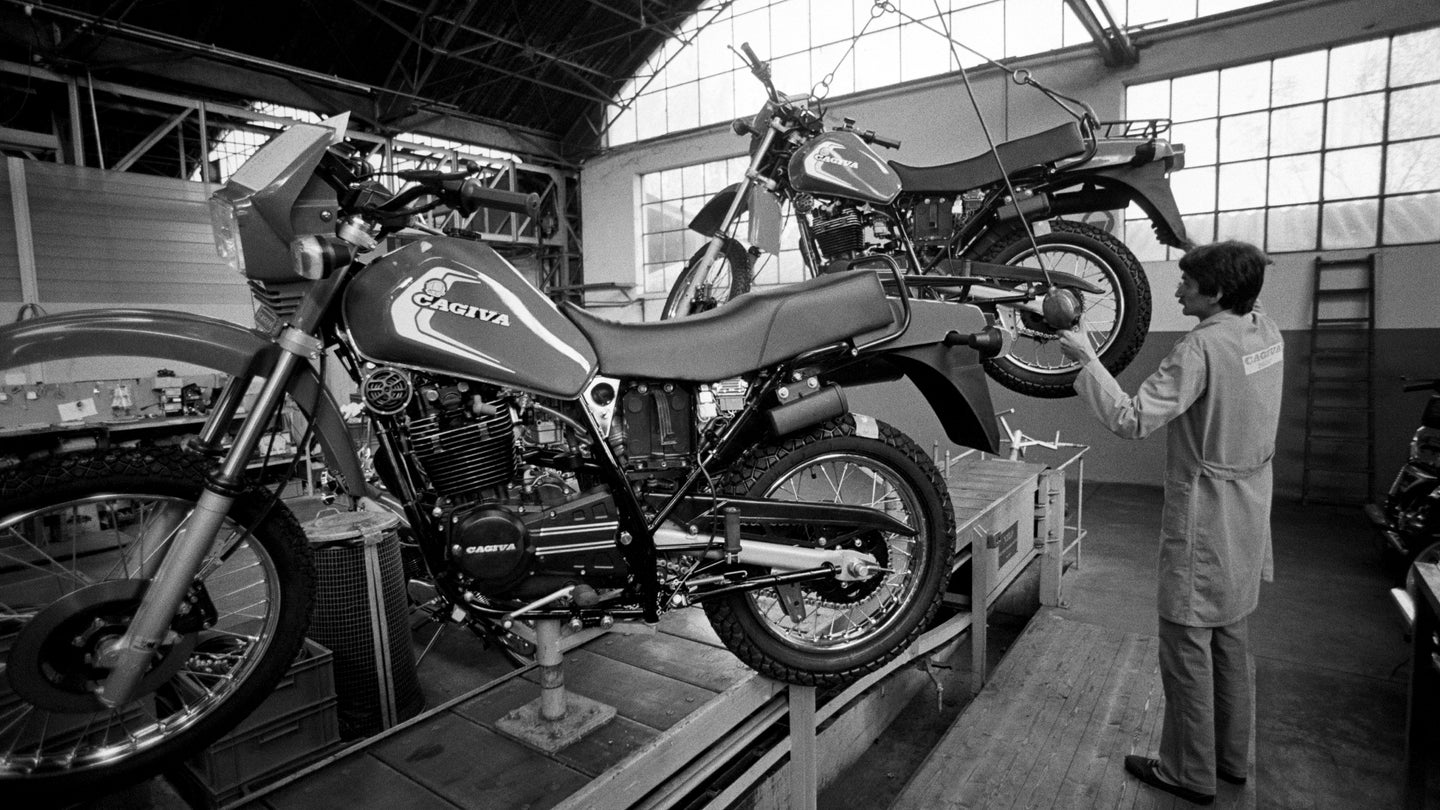 Cagiva might not sound familiar to most American riders, but you may remember watching James Bond jump a Cagiva 350 T4 off of a cliff and skydive into a plane in Goldeneye. Cagivas were great for that sort of thing. And although it technically never went away (since getting in the motorcycle game in '78), the Italian manufacturer is about to be reborn as an electric bike brand under its parent company MV Agusta.

Cagiva has an impressive history of street bikes, off-roaders, and racing success in Dakar, Motocross, and Grand Prix racing, especially in the '80s and '90s. It stopped production in 2012 in a decision to focus efforts on the MV Agusta brand and has been dormant ever since. Now that MV Agusta is in good financial health thanks to a recent investment, it can afford to keep Cagiva moving with new models.

“I believe in electric. There is a great potential, and we are making a project there – under another brand – which is Cagiva,” MV Agusta Giovanni Castiglioni told Asphalt & Rubber. “We are investing in lightweight fun vehicles, bikes. Let’s say in-between…it’s a family. It’s a family that goes between a bicycle to a Zero-type bike, but different,” Castiglioni continued.

So for starters, it sounds like Cagiva will be producing small, electric off-roaders. Having a rich legacy in off-roaders with bikes like the sporty Elefant, off-road electric bikes would make sense for Cagiva. With the adventure bike segment growing, maybe we’ll eventually see Cagiva get into that category, in which MV Agusta is currently absent.

“If you want to go 300 mph, buy a combustion engine. But I think there can be a lot of potential market for electric, and we want to be there, this is why we invest in it now. We’ll see in the next five years how the market will change. I think there is a great opportunity for that,” said Castiglioni.

New Cagiva motorcycles are expected to arrive by the end of 2018 as 2019 models. It’s hard to say what they’ll actually be, but our best guess is something in the vein of the KTM Freeride E-XC electric dirt bike. We’ll keep you posted as soon as we know more.