Hex yeah, we got yah keys. 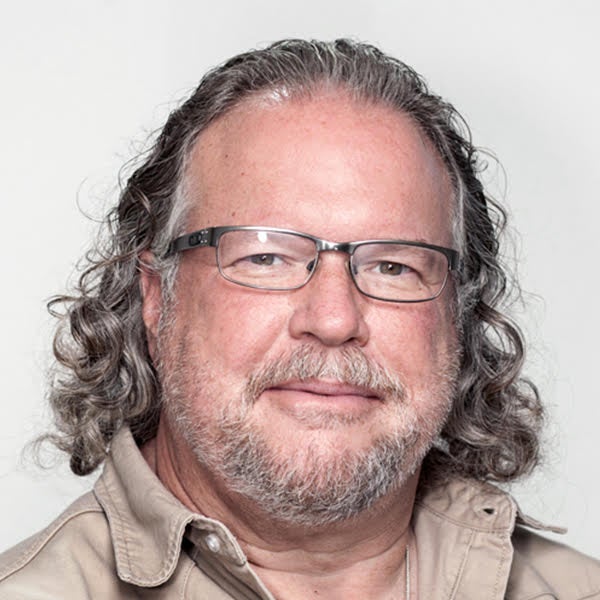 The world of hex keys is pretty simple. What you want is a hex-key set (also known as Allen wrenches) with easy organization, well-crafted keys, legible size denotation, and secure storage.

The Tekton 30-Piece Hex Key Set comes with 15 standard SAE (from 0.028 inch to three-eighths inch) and 15 metric (0.7 to 10 millimeter) keys in a blow-molded clamshell case with individual slots for each key. That seems like enough for most jobs in and around the garage, and the case should keep everything contained — at least in theory.

Tekton isn’t a brand name most folks know. This isn’t Snap-On, Craftsman, or even Amazon Basics. It is reasonably priced, however. So, does the Tekton 30-piece Hex Key Set deliver? Let’s dive in.

I knew I had a small problem when I first picked up the box that held the Tekton set off my porch. A hex-key set shouldn’t sound like a box full of loose metal shards, should it?

Inside the box, the set was packed within a cardboard outer sleeve, which I removed to reveal a red plastic blow-molded clamshell case. I carefully opened the case to discover about half of the hex keys had escaped their assigned spaces and had migrated to open space within the case, which measures 7 1/2 by 5 by 1 3/8 inches. It took a few minutes to retrieve the keys and fit them into their respective slots.

There’s a black panel on the inside of each side of the case, with marks that coordinate with each slot, identifying the key size in easy-to-read, white-on-black text. Points for that. The standard SAE keys are lined up on the left side; the metric keys line up on the right. Tekton describes the SAE keys as long-arm wrenches and the metric keys as short-arm wrenches. The longest SAE wrench (3/8 inch) is about 7 1/4 inches long, and the smallest (0.028 inch) is 2 5/8 inches long. The metric keys go from 4 3/4 inches long (10 mm) to 1 3/8 inches (0.7 mm).

I noticed that the keys from 3/8 inch down to 1/8 are stamped on the long arm with their size, as are the keys from 10 mm down to 3. Below that, your best bet is keeping the keys in their slots in the case when not in use. The smaller the diameter, the shorter the key.

With all of the keys back in their slots — a very satisfying arrangement for a compulsive organizer like myself — I closed the case and gave it some very stern shakes. If this case had been a person, I would be jailed on charges of abuse. The keys did not come loose from their moorings. Only when I banged the case on a hard surface did the keys loosen up, which tells me something about my UPS guy. If you treat your Tekton key case with some respect, your keys will be where you need them later.

Getting After It With the Tekton 30-Piece Hex Key Set

Here at The Drive, we always put products to work in the garage in the review process. I got under the hood of my wife’s 2012 Mazda3 in search of Allen heads and found a few — all metric. I checked the fit of the Tekton keys and was pleased to find the kind of precise engagement I needed in order to loosen and tighten the bolts. I went around the exterior of the car, looking for more Allen heads. The Mazda3’s rear license-plate frame was secured with them, and I had just received a new annual registration sticker.

The bolts were a little rusty (I think I was lazy last year and didn’t remove the frame to replace the sticker), a good test for the Tekton set. A low-quality hex key is a poor match for a rusty bolt, as it may round off before loosening the bolt. The Tekton suffered no such embarrassment, maintaining a tight fit through the process. The 5-mm key was long enough to give me leverage to remove the bolt smoothly and to reinstall it tightly.

Since I had the keys out, I decided to move from automotive chores to a garage chore and used the hex-key set to tighten a bunch of small set screws around the workshop, mostly on drawer handles and knobs. The smaller hex keys (1/16 inch and 5/64 inch) proved to be rigid, well-fitting, and satisfactory in action.

Every toolbox eventually winds up with a junk drawer’s collection of random hex keys. Even though hex keys are not disposable, I wind up buying a new set every year or so, mostly to make sure I have a complete SAE and metric set on hand when I need them.

A hex-key set is a hex-key set, right? Wrong. Hex-key sets can be quite different from each other, in ways that will affect how you can use them. First of all, unless you enjoy wasting a half-day finding the right size key, the case is almost as important as the tools it holds. And the Tekton case is pretty good, thanks to its readable markings.

Also, the keys are nice and hefty, with chamfered but crisp edges. You won’t find any loose filings or sharp metal, either, so don’t worry about splinters.

Both ends of the keys are standard with six sides. I often prefer a hex key with a ball end on the long arm and a standard six-sided head on the other. This gives me options for tricky angles, such as adjusting a carburetor float or installing a trim piece. This set will work best when you attack a nut head-on, not from an angle.

The tiniest keys look flimsy, but they are quite sturdy, which says something to me about the quality.

Perhaps best of all, the Tekton 30-Piece Hex Key Set is only $16 on Amazon. That’s a little more than $0.50 per key. There’s probably some algorithm to tell you how much you’re paying for each key by weight or something, but you’ll need to ask an engineer and be OK with a boring answer.

Thirty keys are probably overkill in a hex-key set. It’s nice to have both SAE and metric sets in one case, but I’m not sure having 0.7-mm and 0.028-inch keys in a general set are necessary. If you’re working on something that needs a key that small, you’ll probably do better with a specialty or hobby set than a big general set. And you’re bound to lose them before you need them, anyway.

Since I buy a new set of hex keys every year or so, I’d appreciate an even less expensive set with fewer keys.

Our Verdict On the Tekton 30-Piece Hex Key Set

You could buy a set from a big-name brand, but you’ll likely spend more, and it won’t be any sturdier, well-organized, or more comprehensive than the Tekton. If you own a motorcycle or work on a variety of vehicles, you’ll get tons of use out of this kit. That said, it is a bit much for just a general, around-the-house set.

If you need a hex key set and you like a clean, complete kit, buy this one. Heck, buy two and put one aside for when you inevitably drop this one and scatter hex keys across your workshop.

Q. Where is the Tekton set made?

Q. Is a hex key the same as an Allen key?

A. Yes, the Allen Manufacturing Company was the first maker of hex keys, and the name has become a generic one for a hexagonal wrench or hex key.

A. No, a hex key has a hexagonal (six-sided) head, while a star key is designed to fit a bolt with a star-shaped slot. The two tools are similar but not interchangeable.

A. Allen Manufacturing Company originally produced set screws with hexagonal heads and made Allen wrenches (or Allen keys) to drive and loosen the screws. Hexagonal screw heads and hex keys are now made by many companies around the world, and the term Allen head has become something of a generic term such as Kleenex or Xerox.

Upgrade your tools and your quality of work with this hex-key set.

The Drive's Gear section is our brand-new baby, and we want it to grow. To give you, our dear readers, clarity on the process, the products we get in arrive from a variety of sources, including those we purchased ourselves and those we receive from manufacturers. No matter the source, we maintain our editorial independence and will always give you our honest assessment of any product we test.