Car Guys, It’s Time to Own Up

An idea for mending fences. 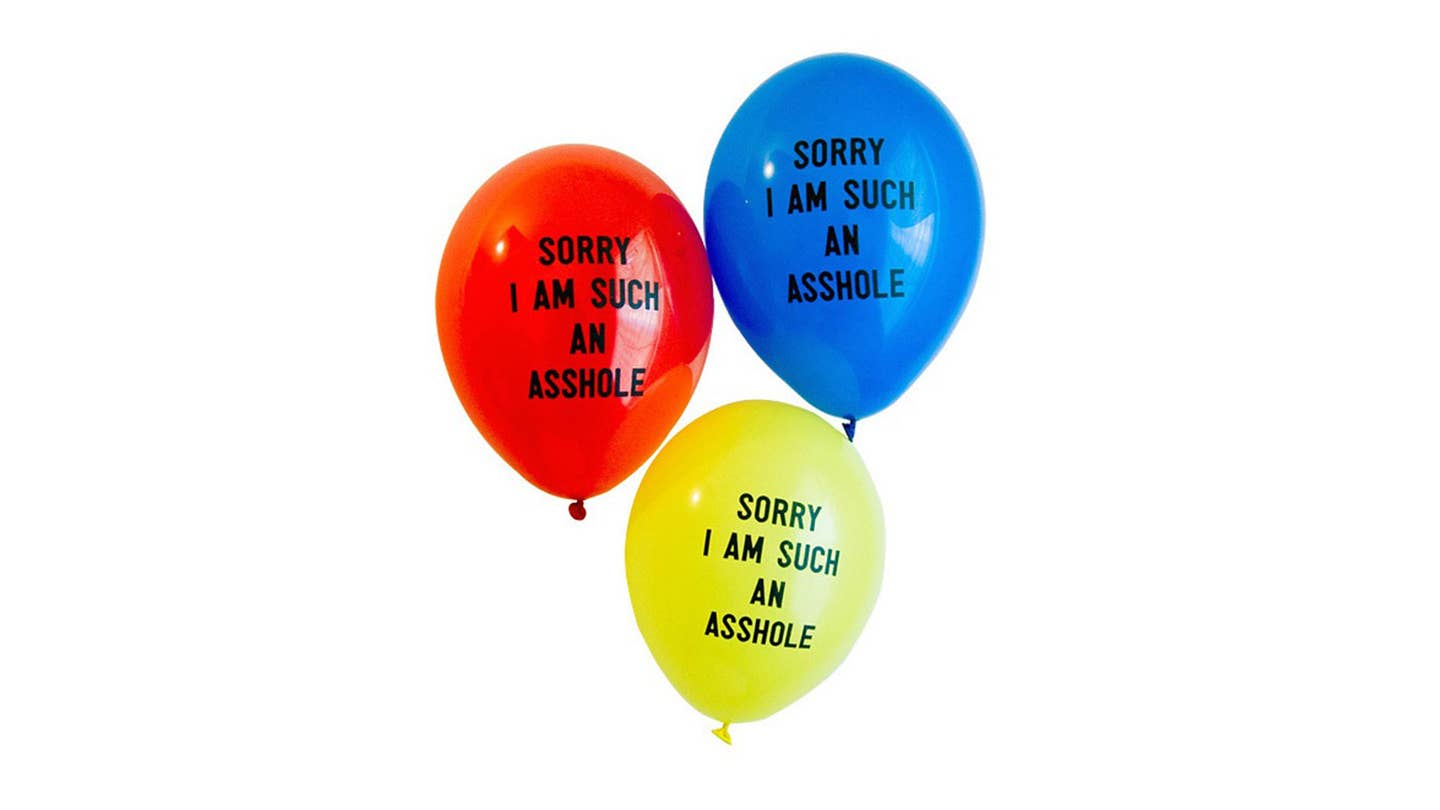 Really. We are. “Lifestyle” is a dirty word in car culture but, truth told, that’s exactly what this is—a lifestyle. We eat and sleep and breathe this stuff. It dominates our day-to-day, oily synapses firing nonstop, plotting. Considering. Planning. Cars rule the hive mind, and they dictate actions. And, sometimes, those actions can be a bit… inconsiderate.

From a quick, confessional poll of The Drive staff, a few admitted instances:

There were more, too. Many more, some we’re too ashamed to publish. Sheepishly looking over the (long) list of offenses we’d amassed, someone offered: “Has anyone here, like, apologized lately?” No. And you probably haven’t either.

These latex balloons can help. For $14, you get a dozen per pack. Order two. Use them sparingly for smaller offenses (“Honey, I revved up and lit the garage couch on fire a little…”), or deploy the whole kit and kaboodle to be really sorry all at once (“The neighborhood committee called about the cul-de-sac donuts. Also, we’re homeless now.”)

Own up. Get these festive, apologetic balloons here.