An $80,000 homage to the heady days of unrestricted, gasoline-fed competition. 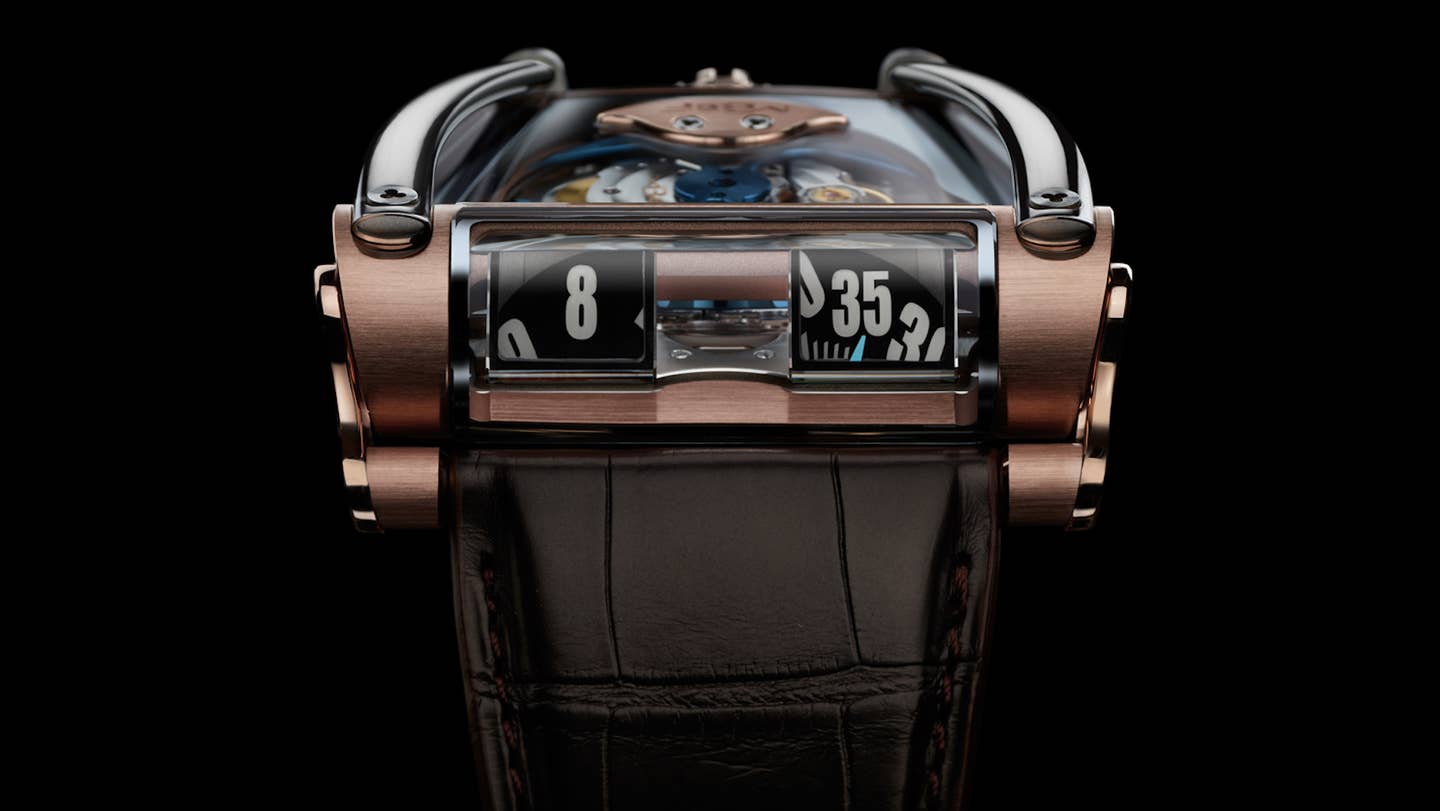 Dubai-based designer Maximilian Büsser doesn't care much for convention. Neither does his watch boutique, MB&F. Since 2007, the company has designed a piece for its Horological Machines collection, a bizarre and ballsy annual luxury line, which has previously drawn on everything from science fiction to frog faces. (Büsser calls it a “concept laboratory.”) For the eighth Horological Machine, though, MB&F is pulling inspiration from our world: The heyday of unrestricted auto racing.

More specifically, the early Seventies, and the panicle of Can Am. So, in this new HM8 driving watch, all the timepiece's major components are meant to recall their respective counterparts in a Group 7 racecar. Those polished, grade 5 titanium buttresses are roll bars; the underside cutouts are oil sumps. That case (49mm x 51.5mm x 19mm) has an expansive single-piece crystal sapphire hood. Twin vertical displays use a trick prism to reflect the numerical readout from MB&F’s horizontally-laid engine, a custom 30-jewel Girard Perregaux movement with 42-hour power reserve. It’s inverted to show off the blue-and-22-karat automatic winding rotor. Büsser calls that the “battle-axe.”

Makes sense. Can Am cars were lethal, two-seat monsters packing four-figure horsepower figures wrapped in experimental aero, all at a time when tire and safety technologies were in their relative infancy. The series’ driver roster reads like a directory of the era’s gutsiest wheelmen: Mark Donohue, Bruce McLaren, Brian Redman, Mario Andretti, Jackie Stewart. Save for maybe Group B rally, Can Am the closest thing to a battle royal racing has even seen.