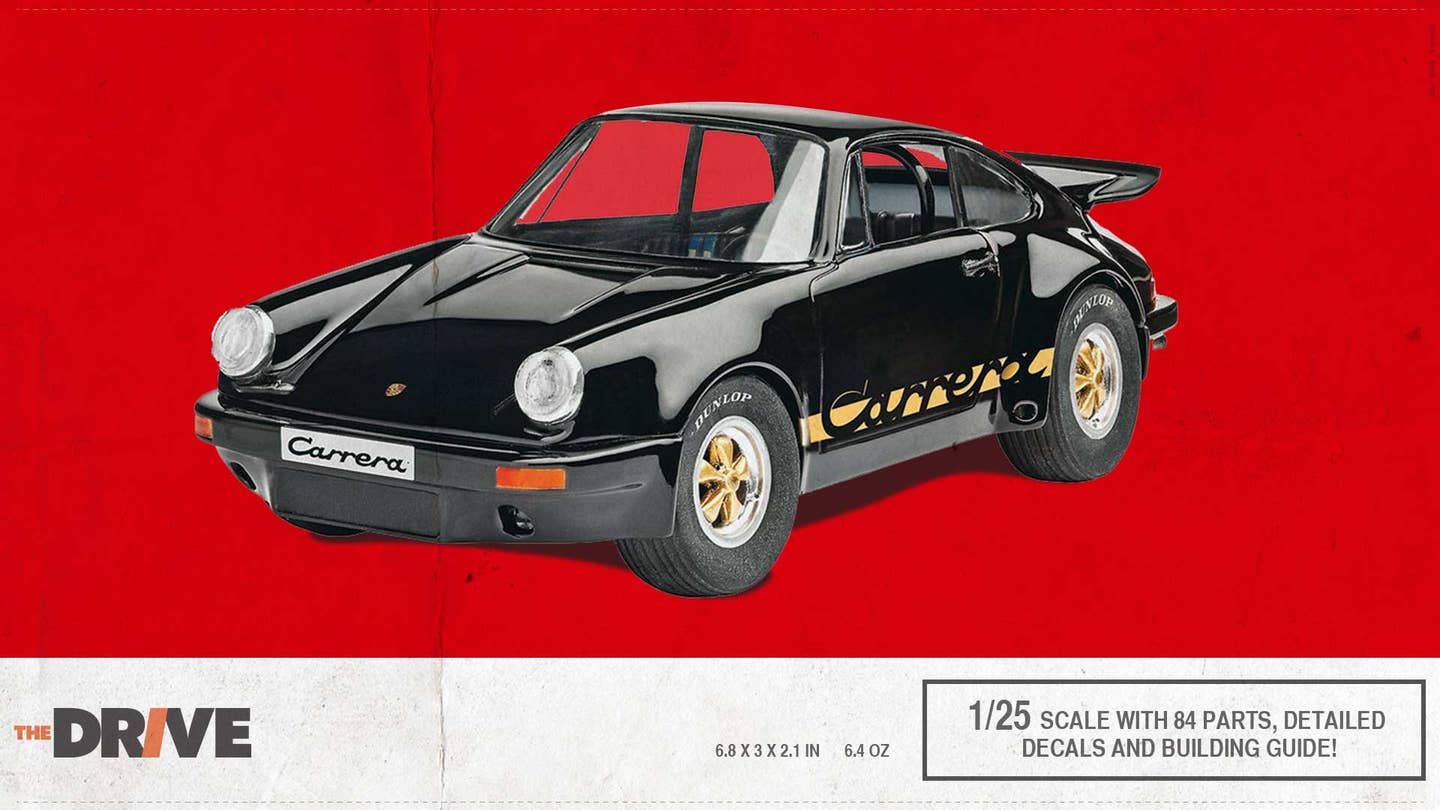 With perfect execution and incredible detail, models like these inspire the same lustful thoughts as the real deal. Tiny bolts, perfect little headers, paint a factory could aspire to. To scale-down a car is an incredibly laborious process. Forget the time and attention to detail, just getting access to the precious metal these cars are based on is often a challenge. No wonder then that some of these models bring four-figure prices.

Ferrari’s 246 F1 is as notable for its lasts as its firsts. While the 246 was the first V6-powered car to win an F1 race, it was also the last front-engined F1 car to take the top of the podium. It’s also (handily) the best-sounding V6 ever put together, the car that notched the first world championship for a British driver, and a set of wheels long associated American hero Phil Hill. This stellar Exoto model is available as either a rolling chassis or body-on. Obviously, you need both.

The turbine powered Renault Étoile Filante, or “Shooting Star,” isn’t for everyone. I think it’s one of the most spectacular and interesting automotive engineering projects of the mid-Fifties; friends with excellent taste and breeding tell me the car was a screeching pile of ugly that couldn’t break the 200-mph mark, something piston-driven cars accomplished back in 1927. Nevermind all that, though. The tiny Turbomeca helicopter engine and the Étoile Filante’s svelte shape helped it secure the land speed record for turbine cars. This resin model by Spark is available at www.minimodelshop.co.uk.

For just a moment, the Lola T70 was unbeatable. Debuting in 1965, the T70 cleaned up in the Can-Am series of 1966. Its greatest achievement though, was a 1-2 punch at Daytona in 1969. The winning car, driven by Mark Donohue and Chuck Parsons, is shown here in all its Sunoco and duct tape liveried glory. Soon, the Porsche 917 would end the competitive era of CanAm, and leave the brilliant English sports racer in the dust. Also available at www.minimodelshop.co.uk.

If you’re the type to build your own, or you’re looking to stoke the imagination of a burgeoning car fanatic, this new Level 4 kit of the Ferrari F50 from Revell should do the job nicely.

This Lancia Delta S4 rally car from AUTOart looks as it would at the finish of the San Remo Rally of 1986. Which is to say, filthy. It would be no surprise to those that know me that this 1:18 scale model makes me feel the same way.

The Bartoletti 682 Race Car Transporter, bristling with the best of Scuderia Ferrari, is the perfect thing to put on your desk. Especially if your desk is your floor, and your job is assembling carpet replicas of the garages at Spa in 1962. Exoto offers more expensive combinations of haulers and cars, but I can vouch for this one as being almost perfect.