With a name like that, how could it not be awesome? 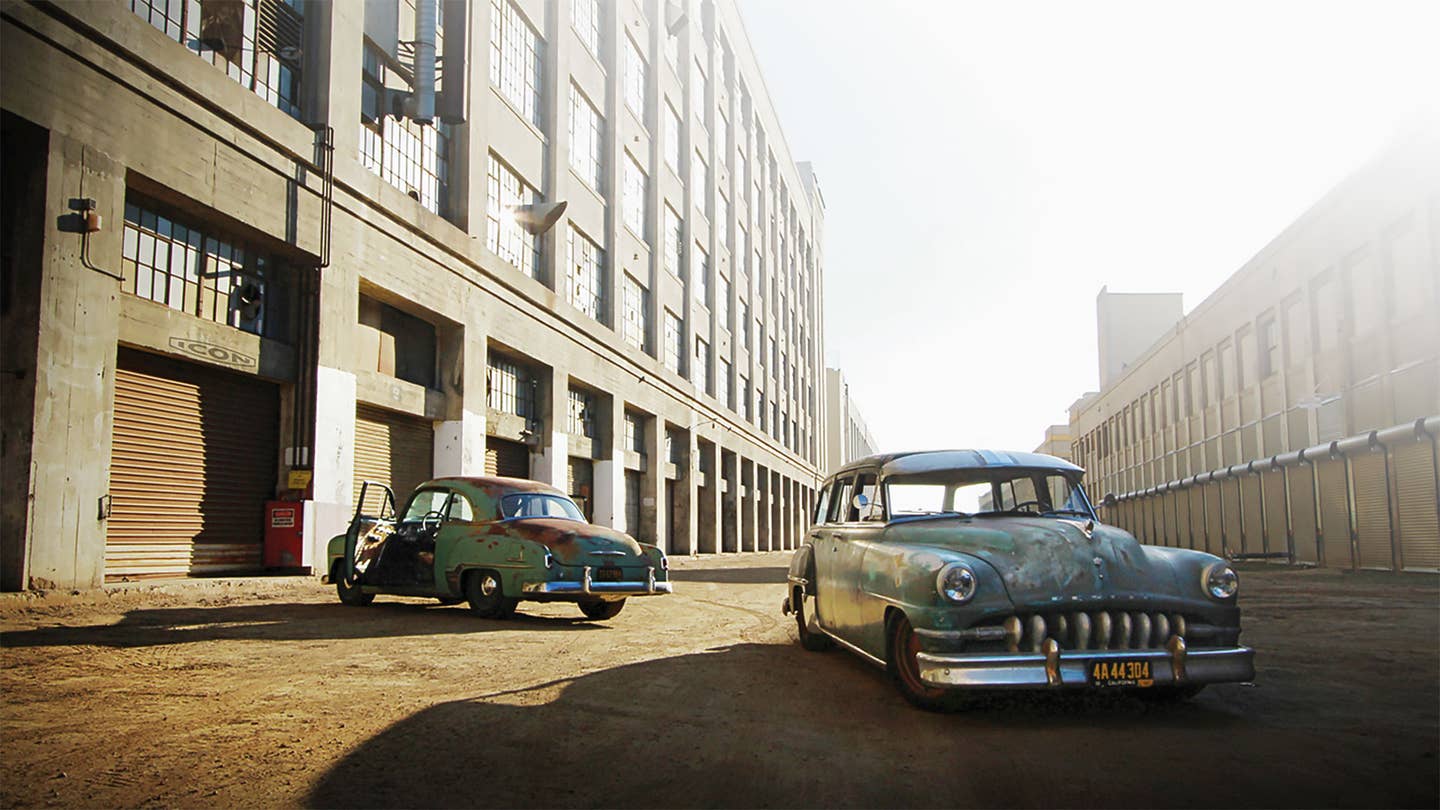 Maximilian Funk is only thirty years old, but he has already packed in a lifetime's worth of obsessive car worship. Some of this can be pinned on decades of constant Hot Wheels cosplay, buff book perusal, and rabbit-hole Internet searches that began during his adolescence in East Berlin. But for a Millennial, he also has a surprising amount of IRL automotive experience.

“I worked for a classic car rental in Berlin for several years in my mid-20s,” he says during a phone call from the offices of Germany’s Gestalten press, where he serves as Mobility Editor. “I was able to drive over 100 classic cars, from E-Types and Mustangs, and even weird postwar cars like Messerschmitts.”

But Funk's real passion is custom cars. He’s had the opportunity to indulge that passion with a new Gestalten book, which debuts today (and is available for order now.) The book is called The Drive—no relation to this site—and counts nearly 400 photo-filled pages in a glossy compendium of interviews. It is awesome, and despite the name, after perusal we have decided that no cease-and-desist letter will be forthcoming.

The Drive book gives preference to the folks (mostly men) who originated the hot rodding and kar kustomization lifestyle in California back in the post-WWII era. But it focuses mainly on contemporary interpretations of those hobbies.

Funk is an equal-opportunity editor, guided by a spirit of diversity, so no vehicle or category is spared the tuner’s touch (or hacksaw, or aerosol gun, or welding torch). There are patinated 1940s lead sleds, chopped Fifties rat rods, slammed Sixties low riders, blown Seventies muscle dragsters and resto-modded proto-SUVs, rally-jacked Eighties Japanese sports coupes, stanced Nineties German sports sedans, and so many air-cooled 911s that we lost count.

“When you’re into cars, then you appreciate a cool hot rod,” Funk says. “But I think you would also appreciate a nice, engineered drift engine.”

In assembling his encyclopedic collection, Funk has also attempted to define what it is that separates the current crop of customizers from their forebears. It seems to come down to a willingness to amalgamate, without limits, ideas and concepts from various categories. “They’re inspired by all different kinds of genres, and mixing it up without any doubts, and then making something new out of it,” Funk says.

He also recognizes the importance of, and willingness to use, new techniques and materials in the service of crafting an idealized version of something from the past. Call the genre Irreverent Purity. (Our friends Jonathan Ward at ICON, Magnus Walker and his Urban Outlaw shop, and Akira Nakai at Rauh Welt are exemplars.) “It’s a mixing up—without being disrespectful—in a creative and sophisticated way,” Funk says.

With the aid of computer design and engineering tools, lightweight and adaptable materials, and more than a century of historical go-fast solutions, contemporary hot-rodders are—like contemporary carmakers and car buyers—living in a golden age. The current luxury consumer’s predilection for avoiding compromises, and their willingness to pay a premium for the privilege, has created a robust, no-holds-barred market for such creations.

For all his adoration of these high-end customizers, the car that Funk feels epitomizes the current crop is a crazy, cobbled-together Franken-BMW. “I think Rusty Slammington, made by Mike Burroughs from the blog StanceWorks, is the iconic car of the “new school” generation,” he says. “His car has some retro style in it, some DTM style in it, and some race car style in it. So it’s, yeah, all mixed up.”

Given his deep appreciation for these varied sub-cultures, we wonder what cars Funk is hot-rodding himself. “I owned a Lotus, but I’m working on a 1966 Dodge Dart wagon, and I do have a 1968 Dodge Dart GT,” he tells us. “I like the more relaxing kind of driving, with a slant-six. Here in Europe, it’s not too expensive, and it’s easy to maintain.”

A pair of Darts must be a wildly uncommon sight on the streets of Berlin, but Funk’s ideal taste runs even weirder. When we ask him what’s currently topping his list of desirable vehicles, he lists two unicorns without hesitation.

“For summer, it’s a Citroën Mehari,” he says, referencing a kind of plastic-bodied French Fiat Jolly. “And when we’re going up in the price, I would say the Lamborghini Urraco is one of my dream cars.” He adds a qualifier: “Just by the design, without thinking of the maintenance costs”

When it comes to a true dream car, we remind Funk (and ourselves, and all of you): never consider the maintenance costs.

The insects are coming, and they want our upholstery.