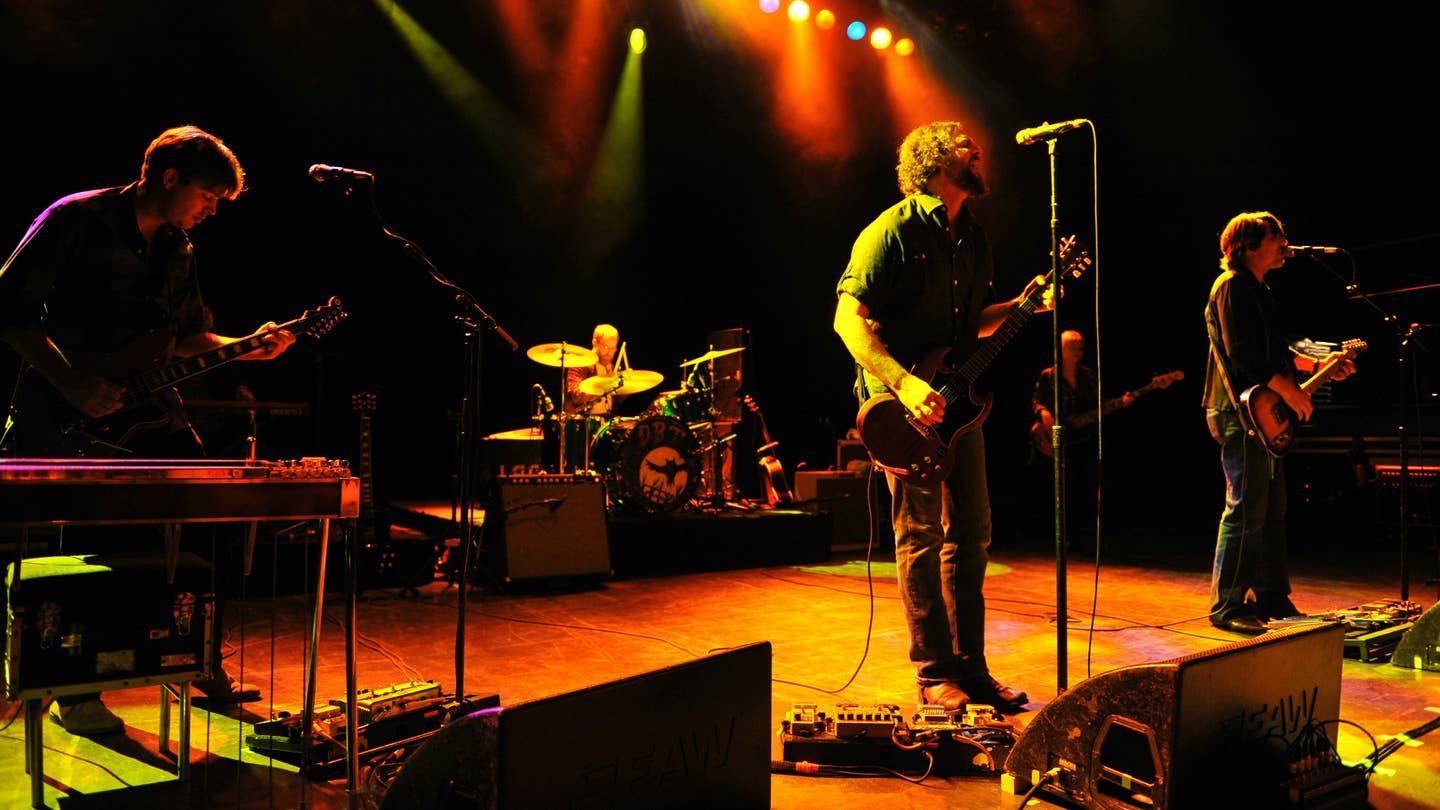 Road trips have guidelines. There’s the established division of labor (driver keeps everyone alive; shotgun hawk-eyes police; other passengers distribute snacks and sleep), and a few hard-and-fast rules. The fuel tank and human bladders should run in unison. Souvenirs must be kitschy to the point of campy. A prime selection of road-worthy tunes is mandatory. And when you’re curating playlists to comply with that last bit, the Drive-By Truckers discography is a fine place to start.

For the uninformed: Drive-By Truckers are a country-rock band from Athens, Georgia. They been making music for two decades and released more than a dozen records, all of which are clever, genuine, and infinitely enjoyable. Their sound is basically everything you like about Lynyrd Skynyrd, plus all the good stuff about the Old 97’s, minus all the baggage and power pop radio B.S. Most Drive-By Truckers albums feel like they’re made specifically to be consumed over a sunrise on the Interstate.

Fitting, then, that the band has created its own java. Called “Trucker Speed,” it’s the latest from another Athens institution, coffee roaster Jittery Joe’s. According to the company’s website, it’s a special blend “originating from Colombia, Guatemala, Mexico, and Nicaragua,” which are “roasted at different levels varying from a smooth medium to a deep” to create a “well-balanced and sweet coffee with a smoky, nut finish.” That’ll mean something to the coffee aficionados, but we’re mostly just really into the radical limited-edition artwork on the can. Oh, and the idea of drinking something called “Trucker Speed” on a cross-country road trip.

If that’s your bag, too, the Drive-By Truckers blend is now for sale at Jittery Joe’s online store. Our advice? Brew some up, stick it in a thermos, and hit the road at dawn. Don’t stop until you’ve found a place to hear some live rock ‘n’ roll.