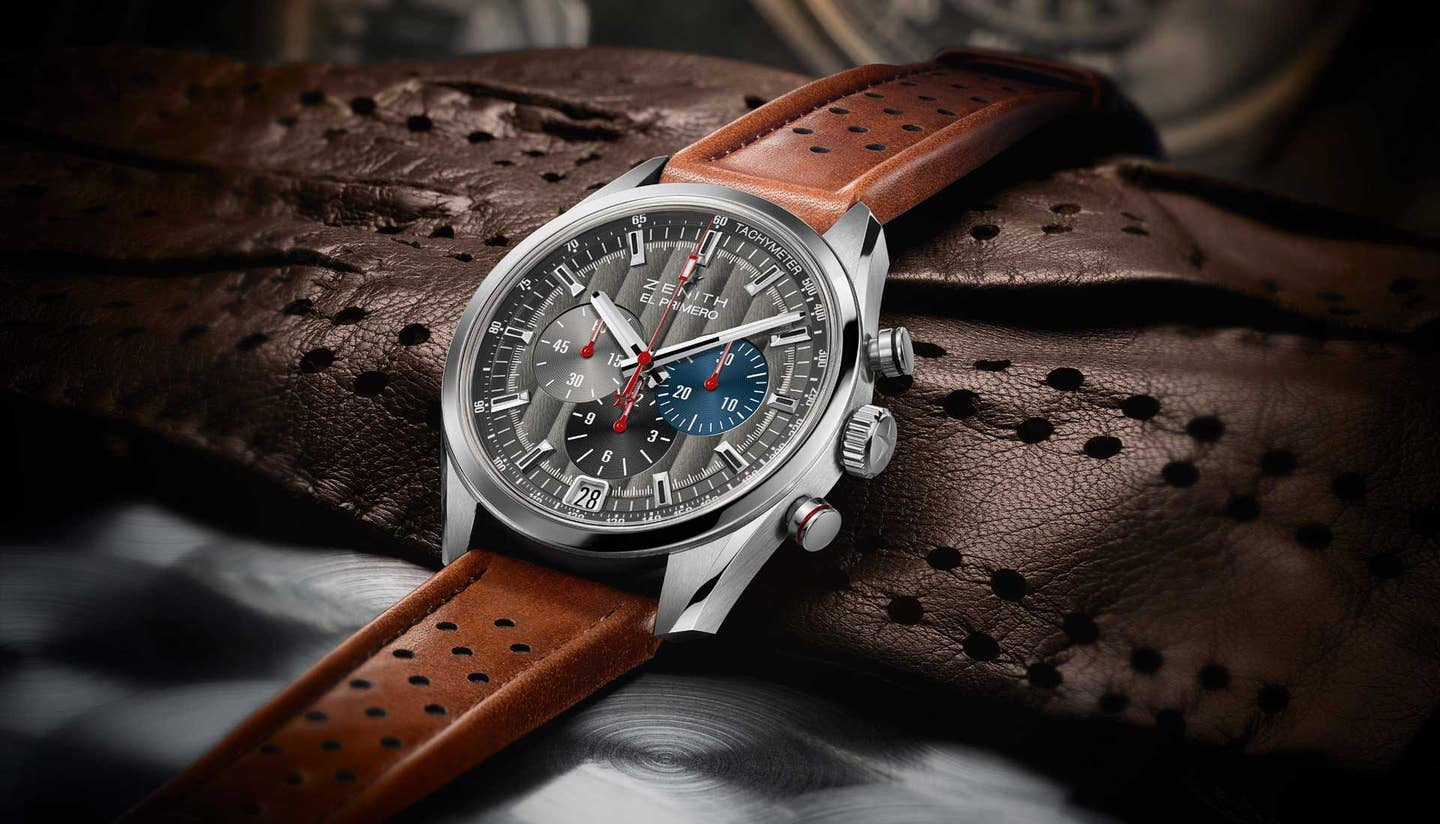 In the summer of 1909, a Frenchman named Louis Blériot became the first pilot to fly across the English Channel. He had serious cajones (or the French equivalent), since his plane was made of wood covered in thin parchment. Also, his nickname up until that point had been “Le Roi de la Casse,” which translates to “The King of Wrecks.” The sturdiest thing about Blériot was probably the Zenith timepiece on his wrist, but he aced the challenge in just 37 minutes. No wonder that Zenith now honors the man with a special model bearing his name.

Even with a history dating to 1865, Zenith wasn’t a household name among gentry in Blériot’s day, and it isn’t exactly Rolex today. But the indie Swiss label remained especially popular among the daredevil class who flew, motorcycled (and drove those newfangled things called “cars”), because you’d just as likely see a Zenith dial on a dashboard, or as an altimeter, as on someone’s wrist. Even now, the symbol on Zenith's timepieces is a nod to a navigator’s beacon: The North Star.

Currently under the ownership of massive luxury house LVMH, the backbone of Zenith continues to be its incredible El Primero 4069, automatic chronograph movement. When it debuted in 1969, the 1/10th-second accuracy was astounding; it remains a startling (and patented) feat of engineering, with 50 hours of power reserve. And that movement’s now in a pair of tribute watches that have just debuted: The new Zenith El Primero 36,000 VPH Classic Cars, and the Heritage Pilot Café Racer Spirit.

For us, something’s lost in the translation of the Classic Cars. Its face is a bit fussy, for one thing, and somehow the name must work in French in a way it doesn’t in English. But the Café Racer Spirit is a wonderful thing. We dig every aspect, from the over-large luminescent numerals to the knurled screw-lock crown. The sapphire crystal is slightly domed for better legibility when you tilt your wrist; on the underside, there’s an engraved titanium image of a racer hunched over his bike.

The Café Racer Spirit's 45mm case is waterproof up to 100 meters, and the chronometer pushers sit close to flush, the better to prevent accidental operation. It comes with an oiled, nubuck rubber-lined wristband, fitted with a titanium pin buckle, but this $7,100 this Zenith deserves dressing up with a proper bracelet. We bet everybody—from Louis Blériot to those time-trialling astride on a Norton—would agree.