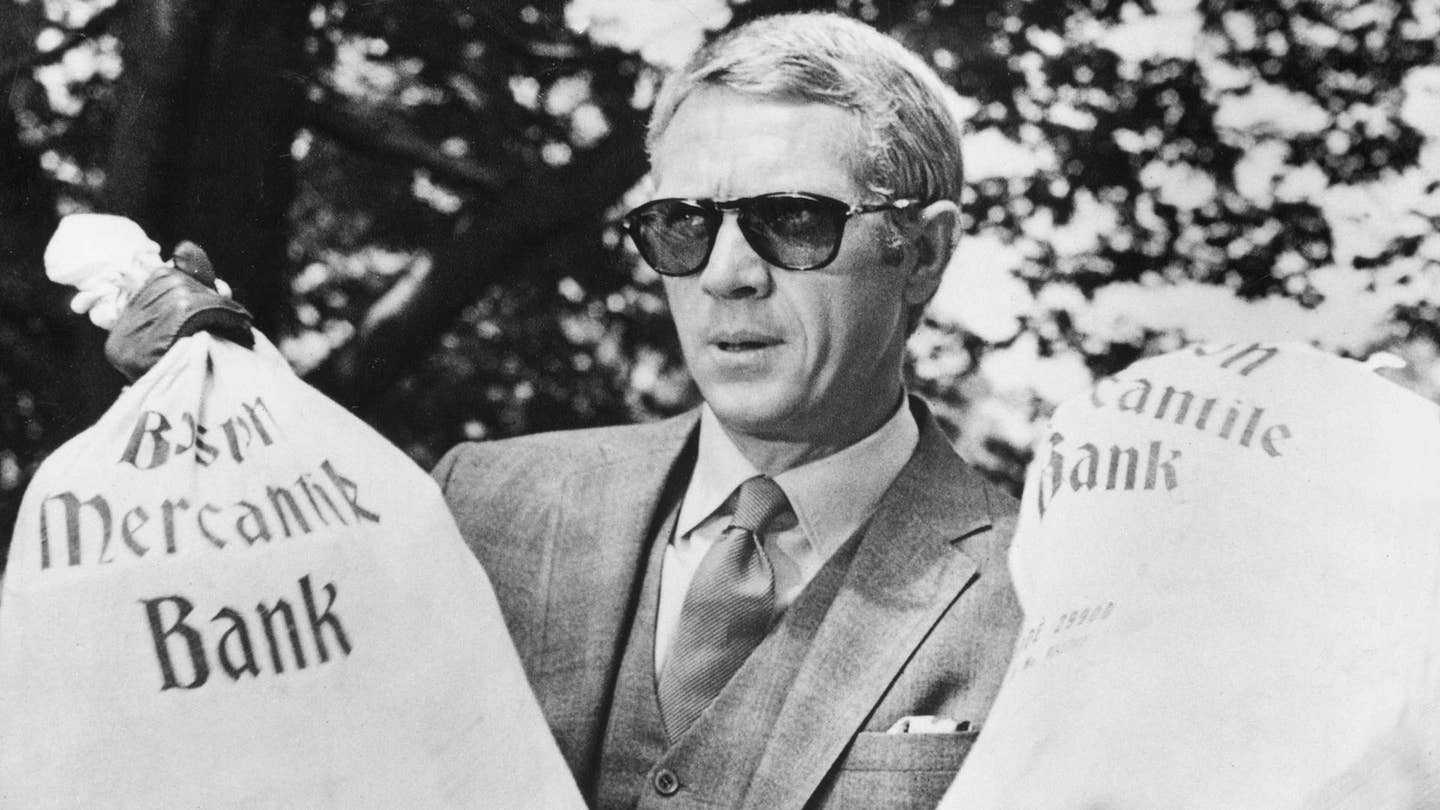 The name "Persol" sounds so sexy, no? But translated from the Italian it’s actually an incredibly pragmatic name: “per il sol,” or “for the sun." Italians make everything sound better.

In truth the brand was born not for sunbathing but "per la guerra". In 1917, when WWI aces on both sides needed eye protection, Torino-based Berry Opticians was ready to supply them. The company manufactured custom-made goggles with rubber gaskets to prevent the intrusion of flying debris and smoke. After the Great War the aviators' so-called “protection glasses” became popular with daredevils of all sorts—especially drivers.

That success among the motoring masses fueled the inventiveness of Berry Opticians founder Giuseppe Ratti, who had by the 1930s pioneered two great inventions that remain features of modern Persols.

The first was the Meflecto sprung hinge at the temple that allowed the shades to be worn for hours without exerting too much pressure on your skull—very helpful for long distances behind the wheel. Ratti also invented the Persol Victor Flex, a flexible, three-notch nose bridge that allowed the glasses to conform comfortably to a range of faces. All these extra hinge points allowed the eventual creation, in the 1960s, of iconic actor Steve McQueen’s favorites, the folding 714s. These get four “arrows,” the name for the metal inserts within the cotton acetate frame material that reinforce the frames at their hingepoints. (The arrows have also become a kind of shorthand for the Persol craftsmanship.) Bend the temples inward at the center of each arm, fold the arms where they attach to the lenses, and then fold the frames at the center of the bridge and voila: you can neatly tuck the origami glasses into a shell case that fits nicely in a shirt pocket.

McQueen was a Persol fan long before he and the brand were “seen” together in the 1968 flick The Thomas Crown Affair, a sexy and stylish heist thriller co-starring Faye Dunaway that proved a marketing coup for Persol. McQueen, an accomplished race car driver (who at one point nearly gave up acting to race full-time) dug the shades and Persol’s other protective eyewear, and had a huge collection of their high quality glasses. Some of those pieces were auctioned, after the actor’s death in 1980, for five-figure sums.

McQueen’s favorite was apparently the folding 714 in light Havana with blue lenses, and as with seemingly everything McQueen touched, those shades have since become a signifier of effortless cool.

In 1995 Persol was sold to the massive optics conglomerate Luxottica, but they’re still made in Italy and continue to hew to a fairly clean iconography and topflight build quality. If you're looking for a new set of sunglasses for the approaching summer, you could do worse than ask yourself: What Would Steve McQueen Wear?