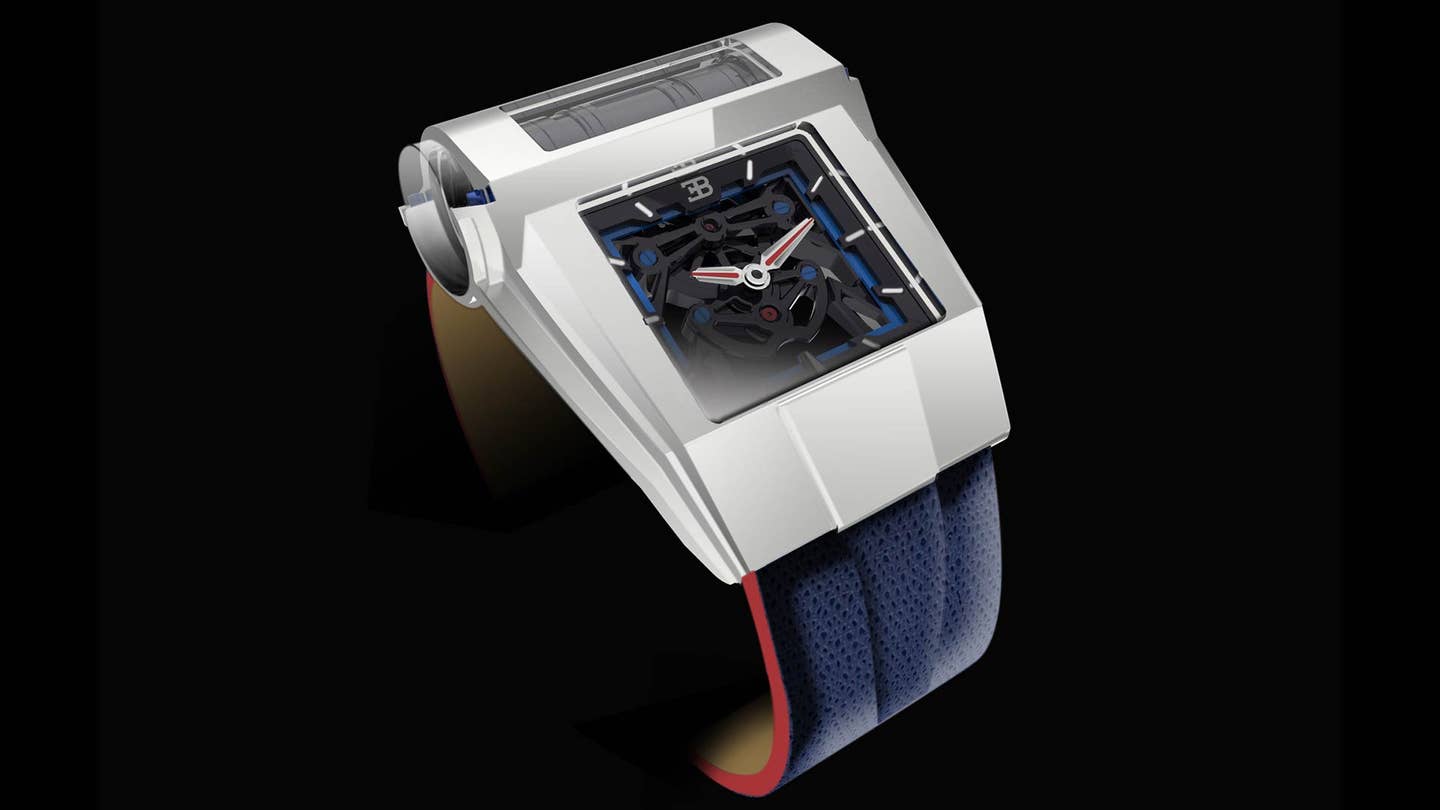 When the Bugatti Chiron debuted at this year's Geneva Motor Show, the world took note. Eight liters spread over sixteen cylinders, supplemented by four turbos and all-wheel drive—and the potential for at least a 260 mile-an-hour “street” top speed—tends to have that sort of impact. The car does, however, present a problem for the gentleman queued to receive one: What to wear on your wrist as you pilot your new Bug? As princely challenges come, markets respond. So we now have the Parmigiani Fleurier PF-Bugatti Type 390 Concept Watch. Call it the “Type 390” if the name feels a bit bloated for the Twitter-verse, but don’t sell it short: This timepiece is a tech tour-de-force every bit as awesome as the Chiron.

This new watch's flat face contrasts the Type 370, which Parmigiani Fleurier created a decade ago as a tribute to the Veyron. That timepiece has a perpendicular face with its movement also mounted sideways, as if balanced on its crown against your wrist. The idea was allowing the wearer to read time out of the corner of their eye while driving, without taking their hand off the wheel. Also, the 370’s oval face and entire shape echoes the Veyron’s swooping wedge design, and the movement is said to mirror that of a transverse engine.

But while the Type 390 gets a more conventional look, the drivetrain is more complex. For starters, its face sits perpendicular to the timepiece’s “engine”—a tourbillon movement housed in a cylindrical case, which sends power via a planetary gear transmission through a worm gear. Sort of like a Torsen setup, except in Lilliputian scale.

A flying tourbillon sits at one end of the cylinder, a transmission sits in the middle, and the winding is opposite the tourbillon. And there’s a torque limiter (much like a throttle limiter with loss of traction) to prevent over-winding that could damage the expensive timepiece. How expensive? Nobody knows, as this is just a concept. But the Type 370 ran to $500k, and that was a decade ago. Being super-rich, and having the toys to match, doesn’t come cheap.