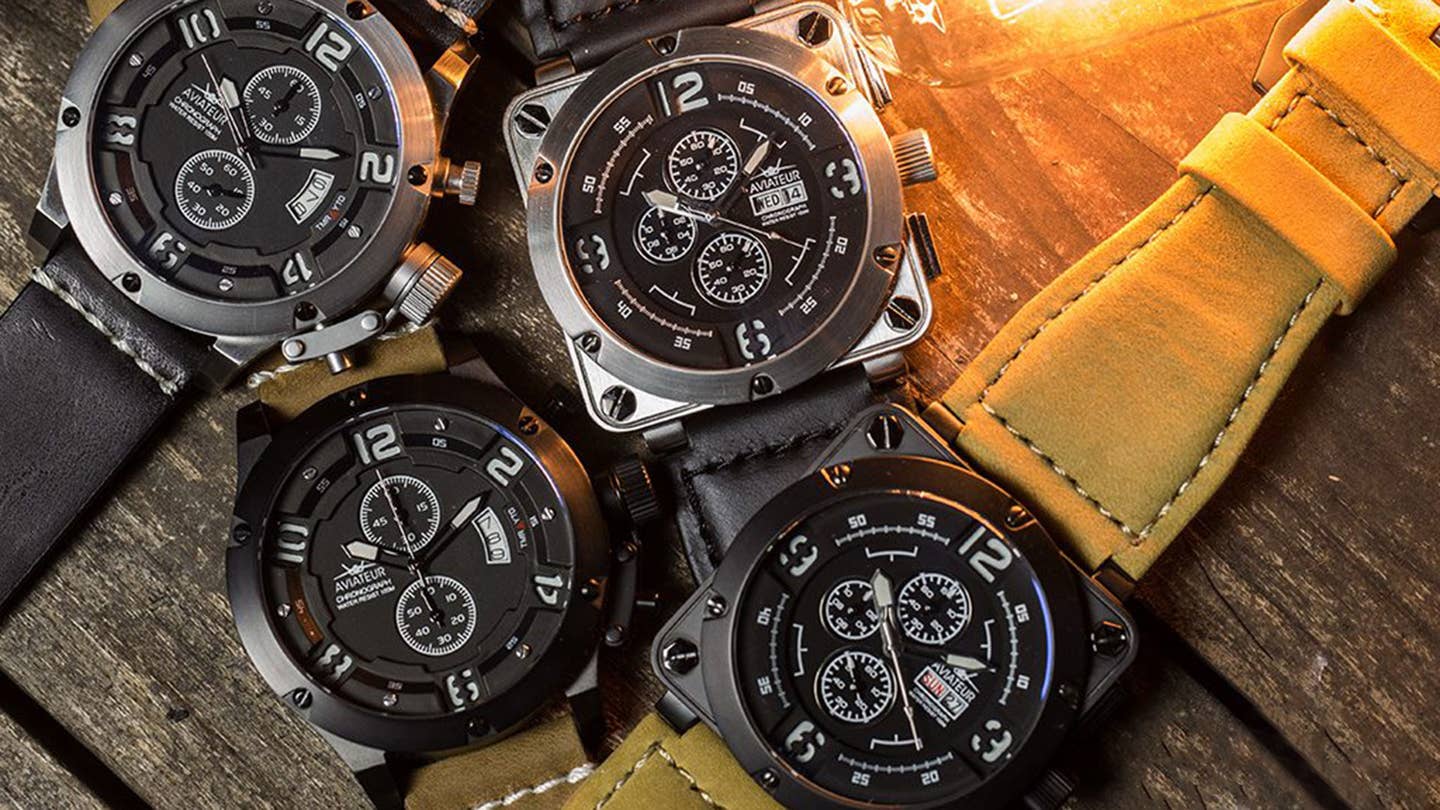 Yes, Aviateur is français for “aviator.” And that make sense, as its creators are from Canada, and the company's Viper and Falcon watches are now crushing it on Kickstarter; as of this writing, the funds are in at ten times the modest, $7,034 original goal. That’s because these watches are straight-up tributes to great piloting, and the aviator/eurs whose contribution led to the creation of the flyback movement. (Flyback: You can re-set timing with the push of a single button rather than having to stop, reset the stopwatch, then hit start again. This complication was added to French and English timepieces in the mid-Thirties at the behest of fly boys.) But, wait, what do Canadians have to do with aviation? Think on Clennell Haggerston “Punch” Dickens, who fought in both World Wars, and whose bush piloting skills helped develop aircraft particularly for their ability to take off and land on ultra-short LZs, like aircraft carriers. Aye.

But back to the timepieces in question. The case is oversized at 48mm diameter with broad, 24mm lugs and a meaty, 15mm depth. This isn’t a watch for your girl to wear as a fashion statement—it’s strictly dudewear. We especially dig the sandwich dial (where the numerals are recessed, to give them more definition in strong light). Also the date function on the Silver Viper, where the calendar window handily shows the current, prior, and next days as well.

The movement isn’t Canadian; it’s ultra-reliable Japanese Citizen Miyota OS 11/00. Which Punch Dickens probably would not have loved, but whatever. What we love is that adding a mere $15 CDN gets you an upgrade to sapphire glass, and another $30 CDN gets you a stainless band. Yep, thirty-two U.S. dollars gets you two great upgrades—try that with your airline and see how much legroom it buys.