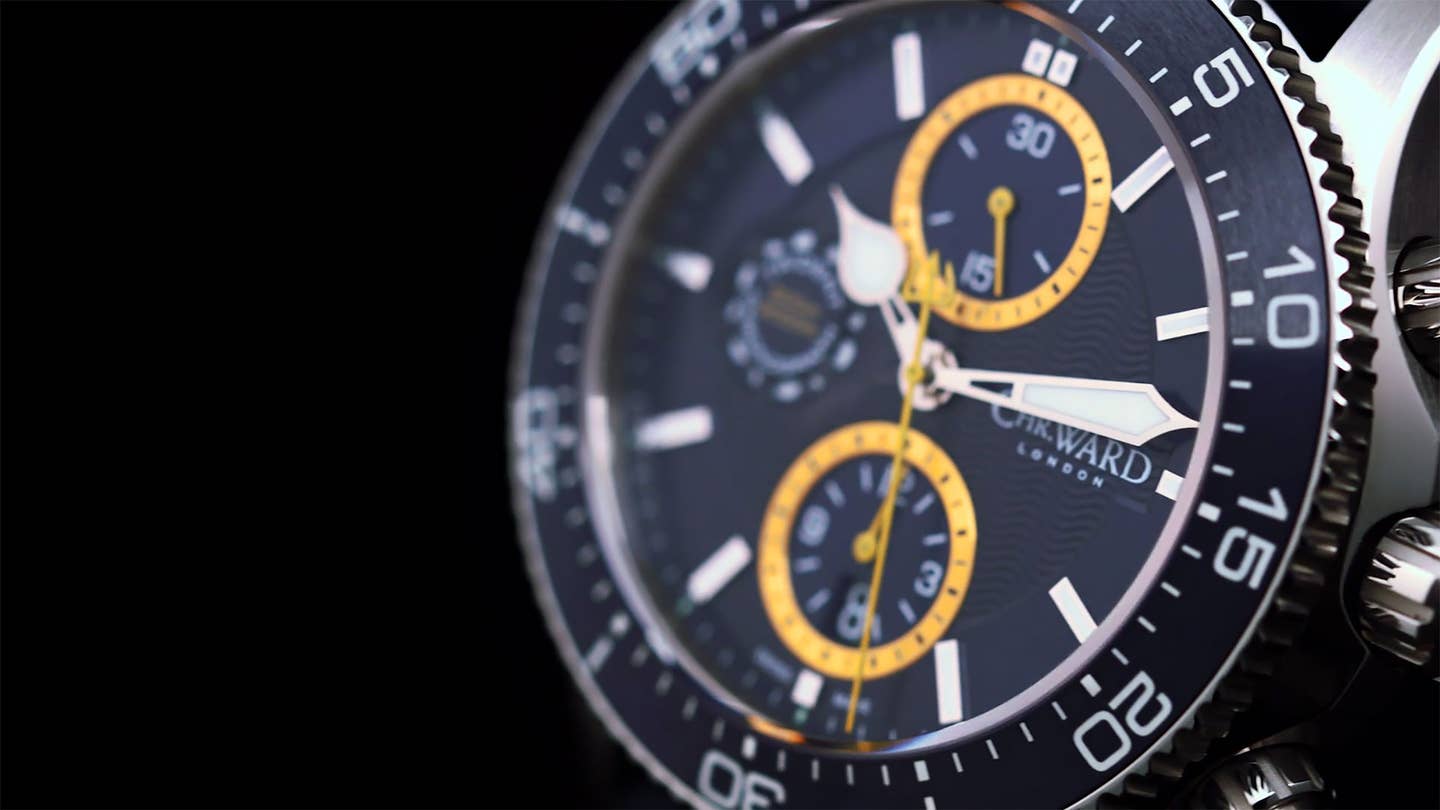 Christopher Ward isn’t a household name like Breitling or Rolex. The company has only been around for a decade or so, and it doesn’t buy ads, sponsor Formula 1 or compete in the America’s Cup. It doesn’t go in for trendy. No, Ward is a British company, one that studies classics from the aforementioned Swiss competition and then builds its own watches. This takes place in Switzerland, to the same exact standards of the big boys. But Ward sells these watches only online, not through jewelers or at the airport duty-free. As such, C.W. timepieces are an absurdly good value because they use the same labor pool and parts as the recognized names, but minus the markup.

This C60 Trident Chronograph, which just made its debut, is a great example of what C.W. does so well. It’s a 25-jewel self-winding ETA Valjoux 7750 mechanical chronograph with a nifty “breathing” 60-second sub-dial. The build is undeniably purpose-focused, with a deep, screw-down back plate and screw-in crown/chronograph pushers. To handle multiple atmospheres, there’s an automated helium-release valve as well. Cosmetics include a ceramic bezel, glow-in-the-dark numerals and a rugged, anti-glare sapphire crystal.

One legit beef is the substantial 17.1mm case depth. An alternative is C.W.’s less expensive C60 Trident Pro—the basis for the Trident Chronograph (rated to the same bar), but in a svelter, 13.3mm case. You can get it in either 38 or 43mm diameter.

Is it the C60 Trident the same as a $6,000 Omega Seamaster Diver? Not precisely. But a Miata isn’t a 911 GT3, either. Both exist on their own merits, both are fun as hell. One is just cheaper than the other.