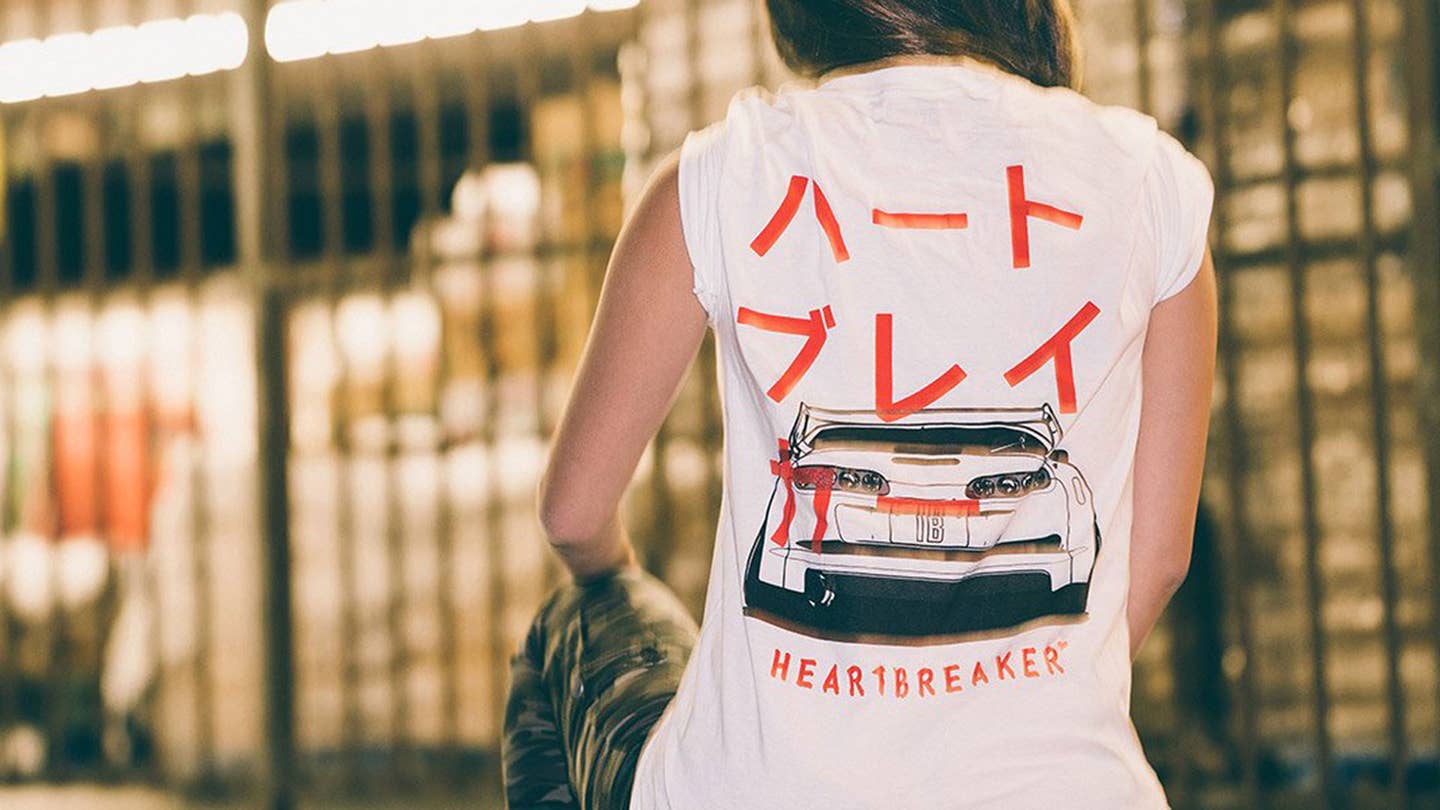 They called it the “Gentleman’s Agreement.” As the story goes, Japan’s major automakers made a secret handshake deal in 1989 to self-regulate horsepower in the home market. No cars over 276 hp, they agreed, would be sold to the public. Yeah, sure. Nissan and Toyota and Mitsubishi all found workarounds for the cap, mostly by (egregiously) underrating factory output, just as Detroit had done during muscle car’s heyday. The pact broke apart sixteen years later when Honda rolled out the 300-hp Acura RL. But the mythology of the Gentleman's Agreement, that’s the kind of folklore JDM scenesters like to hoard.

Now they can wear the legend. Import Bible, a ten-year veteran of the JDM tuning scene, is offering a new run of t-shirts. One commemorates the 276 hp handshake agreement, another the JZA80 Supra. There’s even a shirt to call someone out over their fake wheels. (Brah.) Is it high fashion? Nope. This line is ugly as hell. Jarring, even. But that’s part of JDM culture, the allure of something weird and alarming and, by conventional standards, not particularly pretty. What's going on here? I don't know, it must be cool.

Caffeinate In Style With These Retro Coffee Mugs

Who doesn’t want to sip from Jack Brabham’s Cooper-Bristol?