Returning home to a strange realization.

When I was young I loved Norton Juster's "The Phantom Tollbooth". It's a fantastic book, an absurdist piece of literature that most probably laid the foundation for the wild and roaming imagination I have yet today. In that book, a boy named Milo is convinced to go on an adventure that will save the kingdom. When he completes the task and comes back around, the king of the realm proceeds to tell him a very important thing that couldn't be discussed until he returned from the adventure successful, that it was completely impossible. "Yes indeed, but if we'd told you then, you might not have gone - and as you've discovered, so many things are possible just as long as you don't know they're impossible."  Having spent nearly three weeks on the road, I can definitively say that if I'd let my demons convince me that the trip was impossible, I never would have attempted it. I know now that it certainly wasn't possible.

Down in Salt Lake City it was another early morning. The last early morning for a while, however, making it all the sweeter. We made the trek back east on I80 to Park City, UT for a monthly cars & coffee event put on by Park City Car Club at the olympic village with the ski jump hill looming in the background.

Unfortunately for us, the weather didn't want to cooperate and was drizzly dreary all morning, keeping many of the show's more prominent attendees from making the trip. The small and tight-knit group that did turn up was a fun mix. A couple of the guys from the Everyday Driver YouTube channel were there. In comparison to some of the C&C events I've attended in Southern California, it was just a normal parking lot, but the gathered group of hardcore automotive fans was invested and enthusiastic to be there. Besides, the coffee was good. 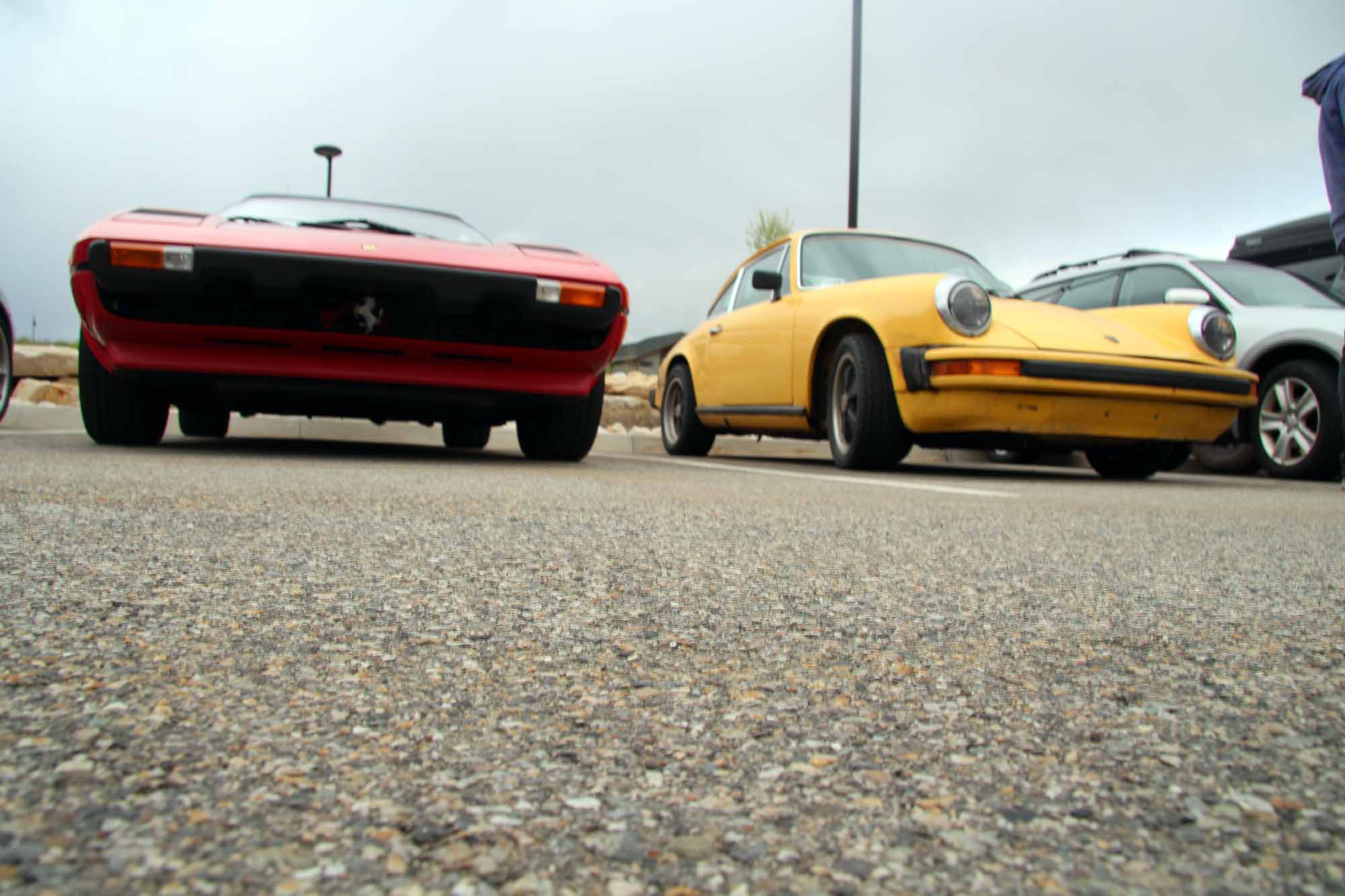 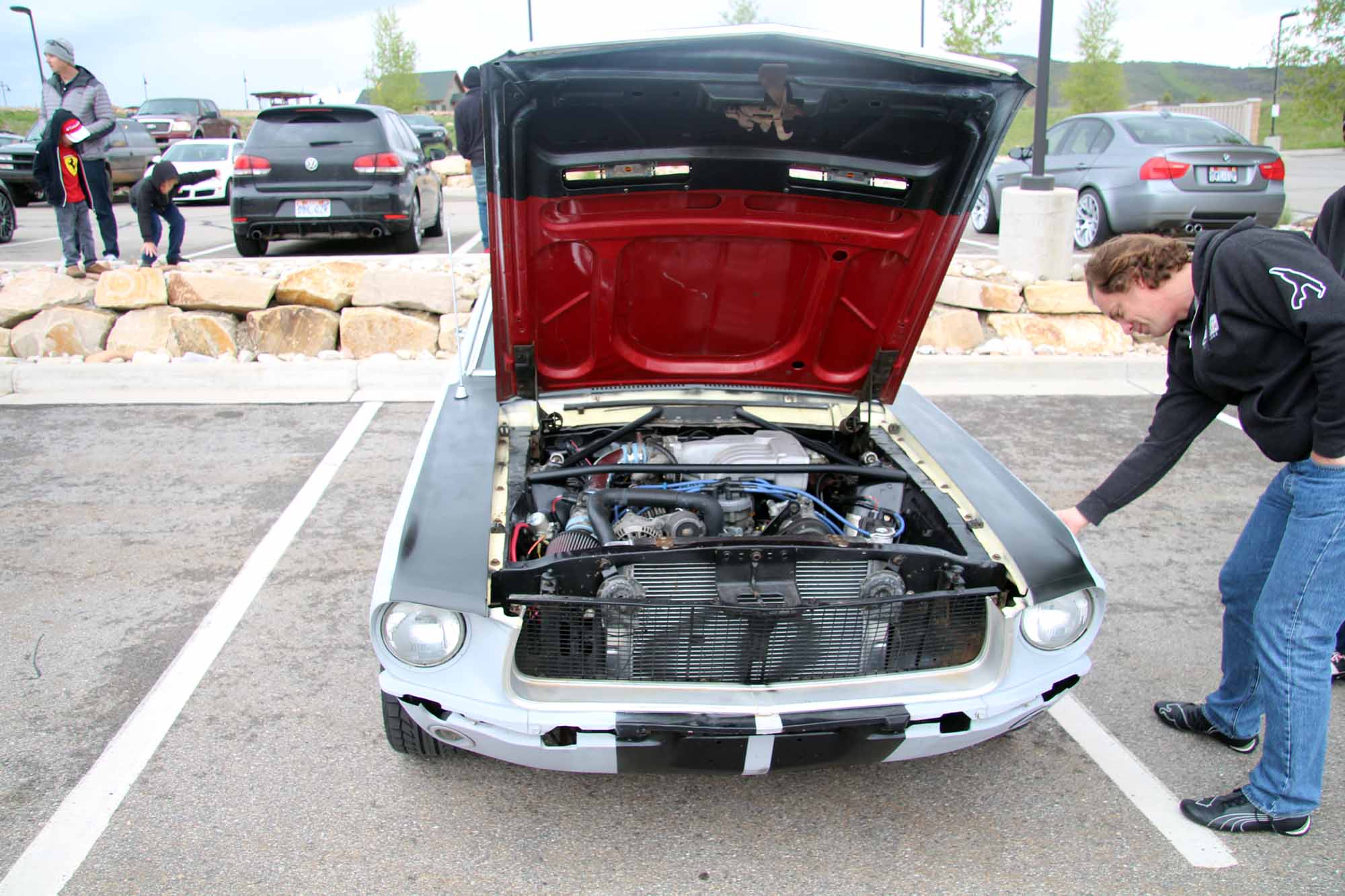 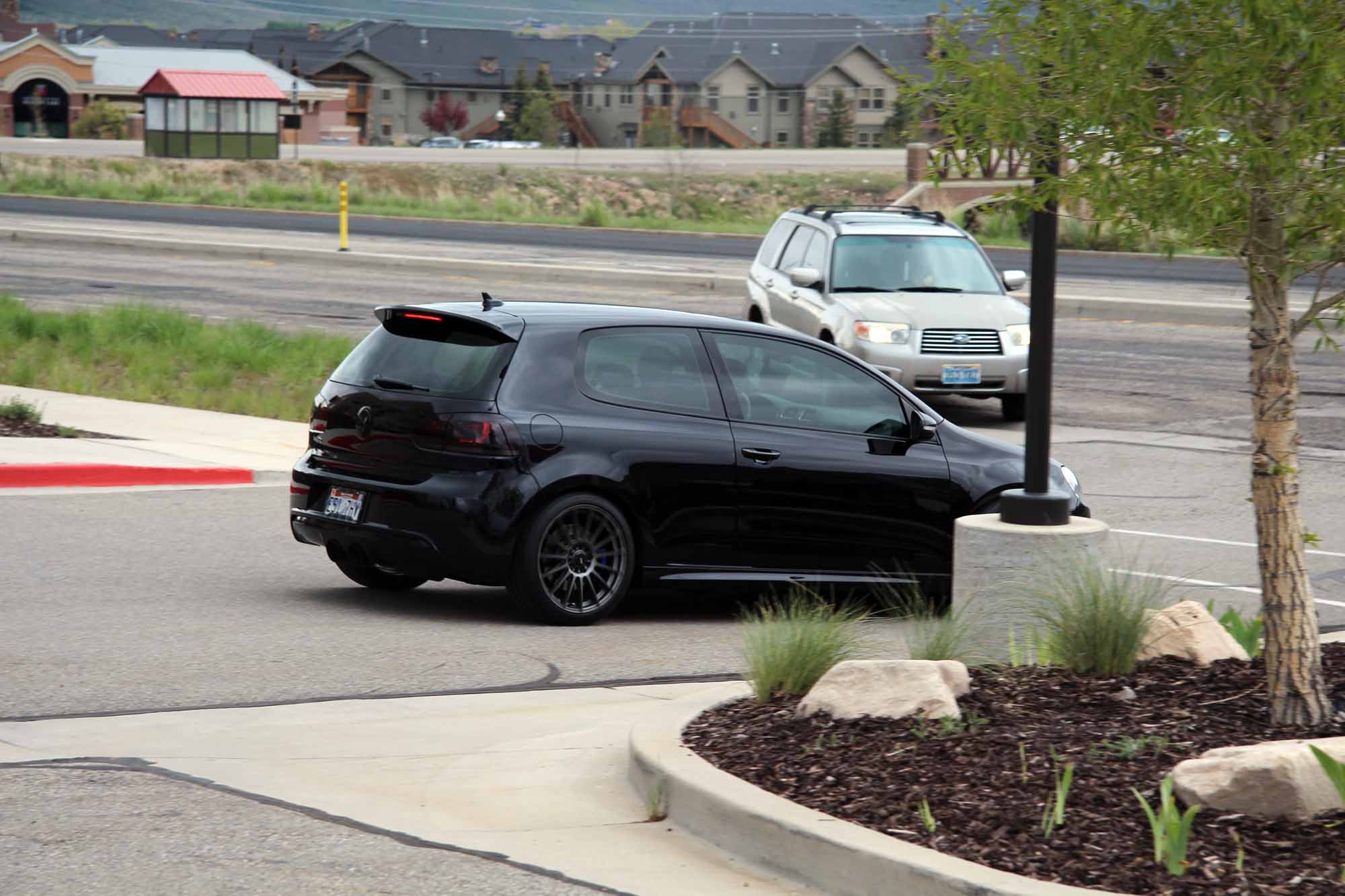 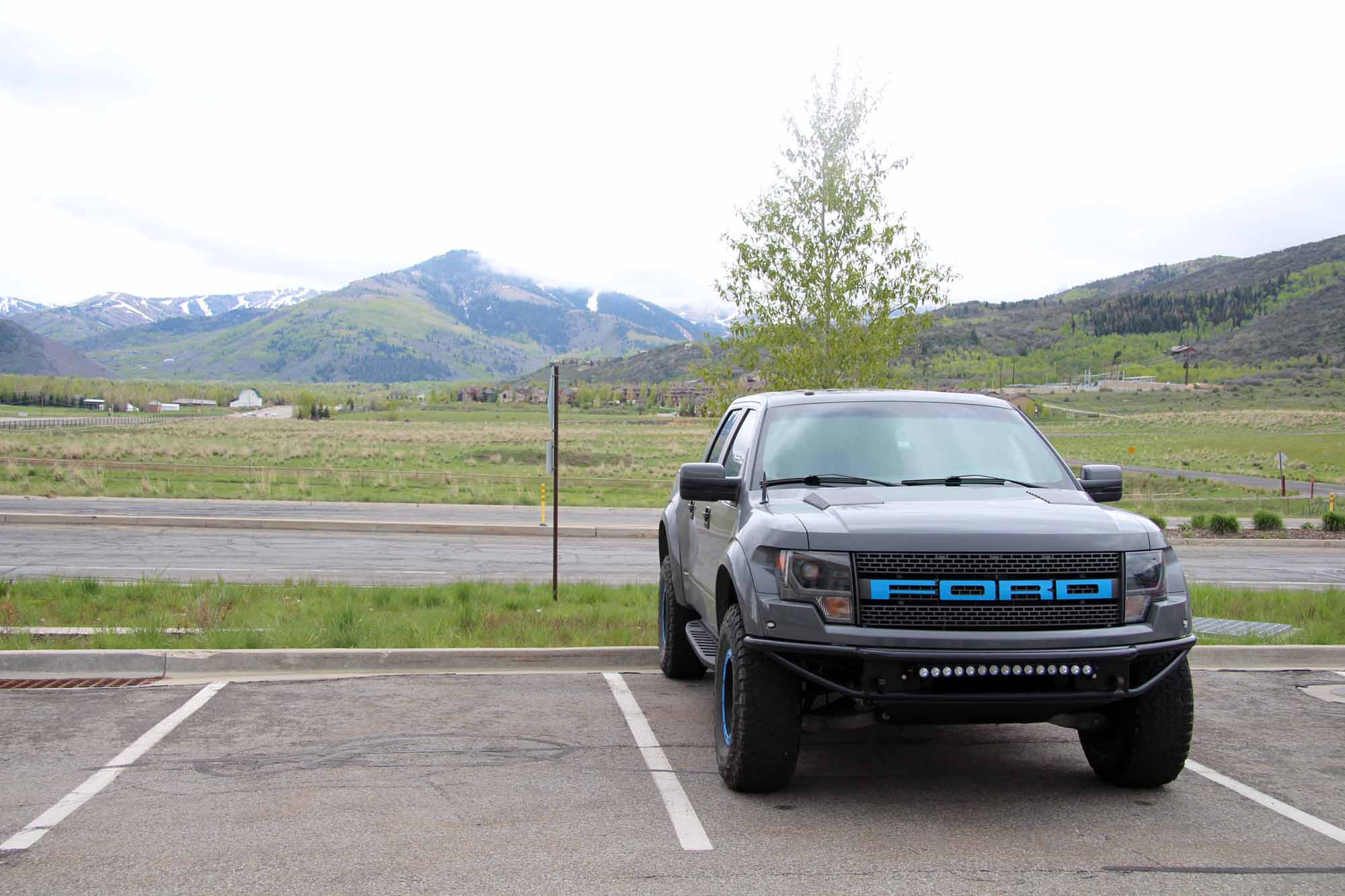 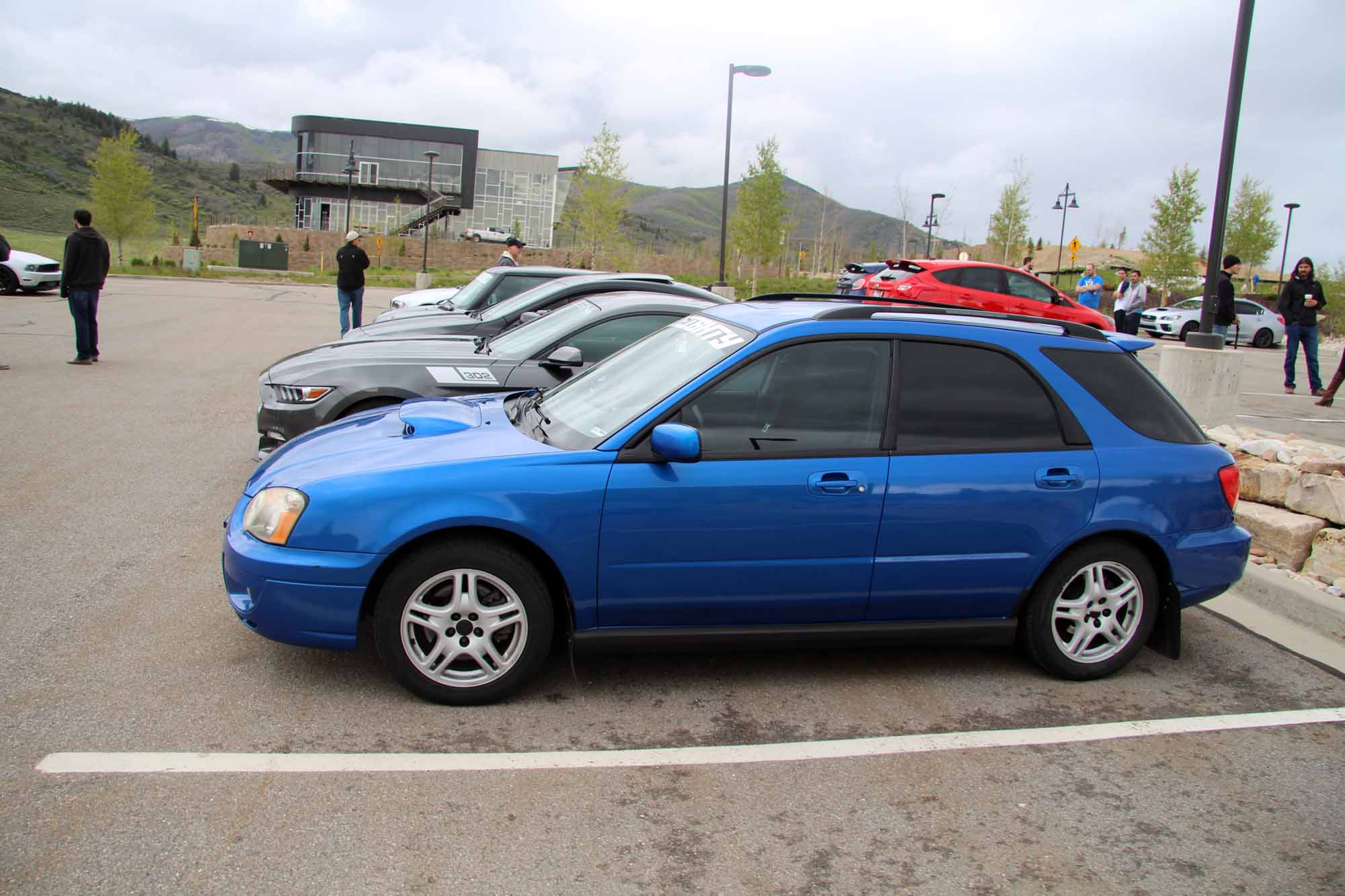 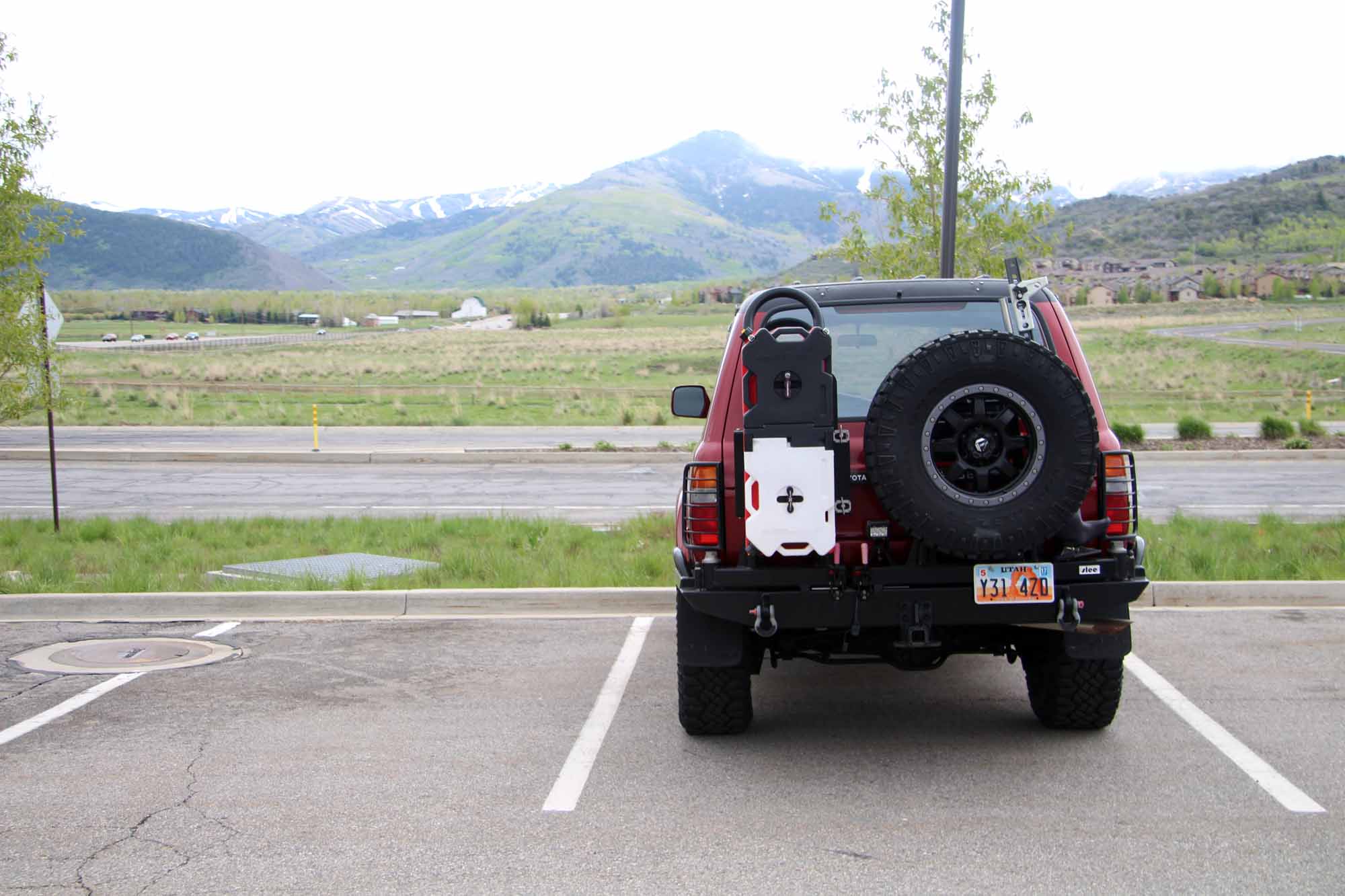 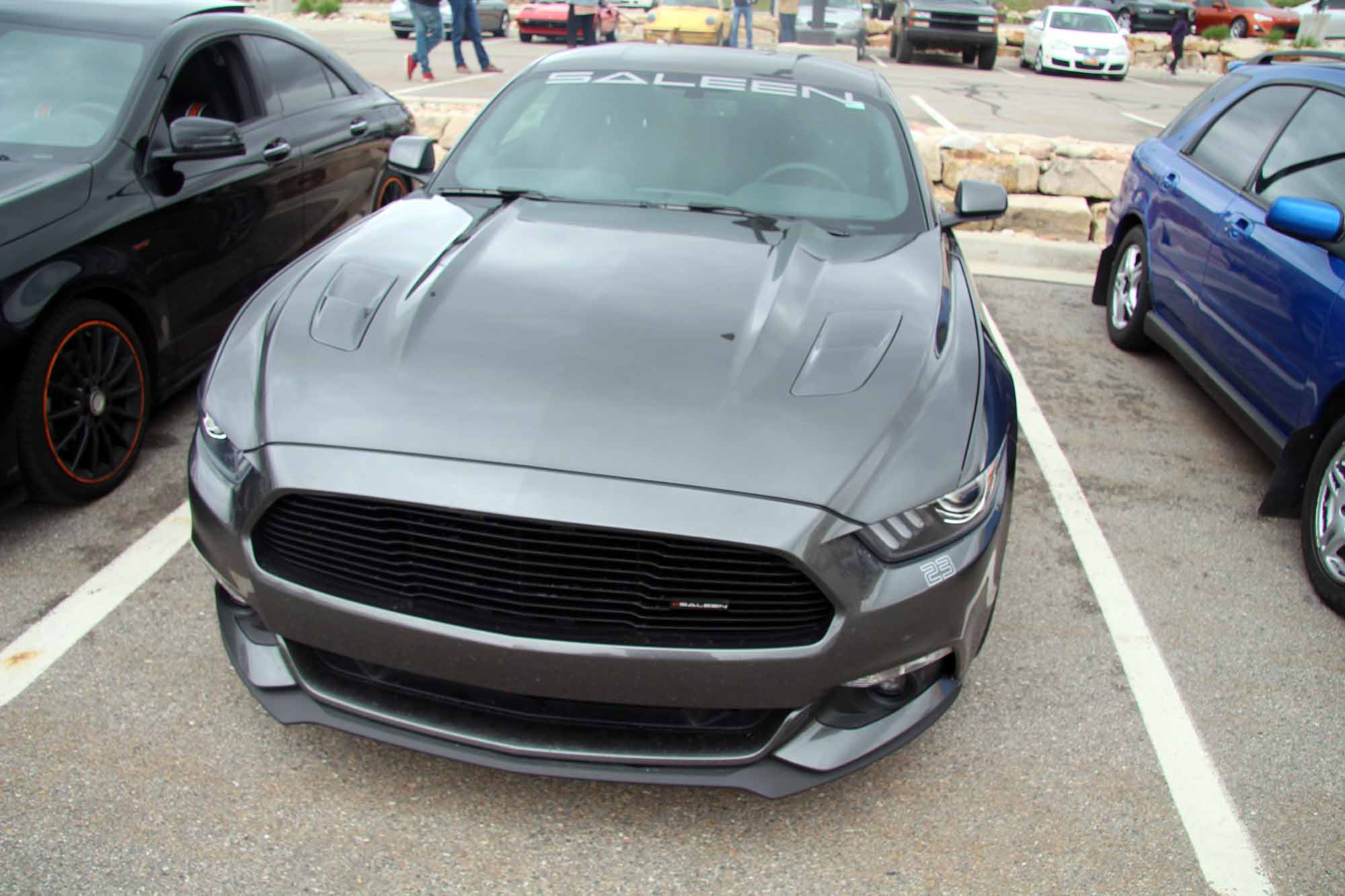 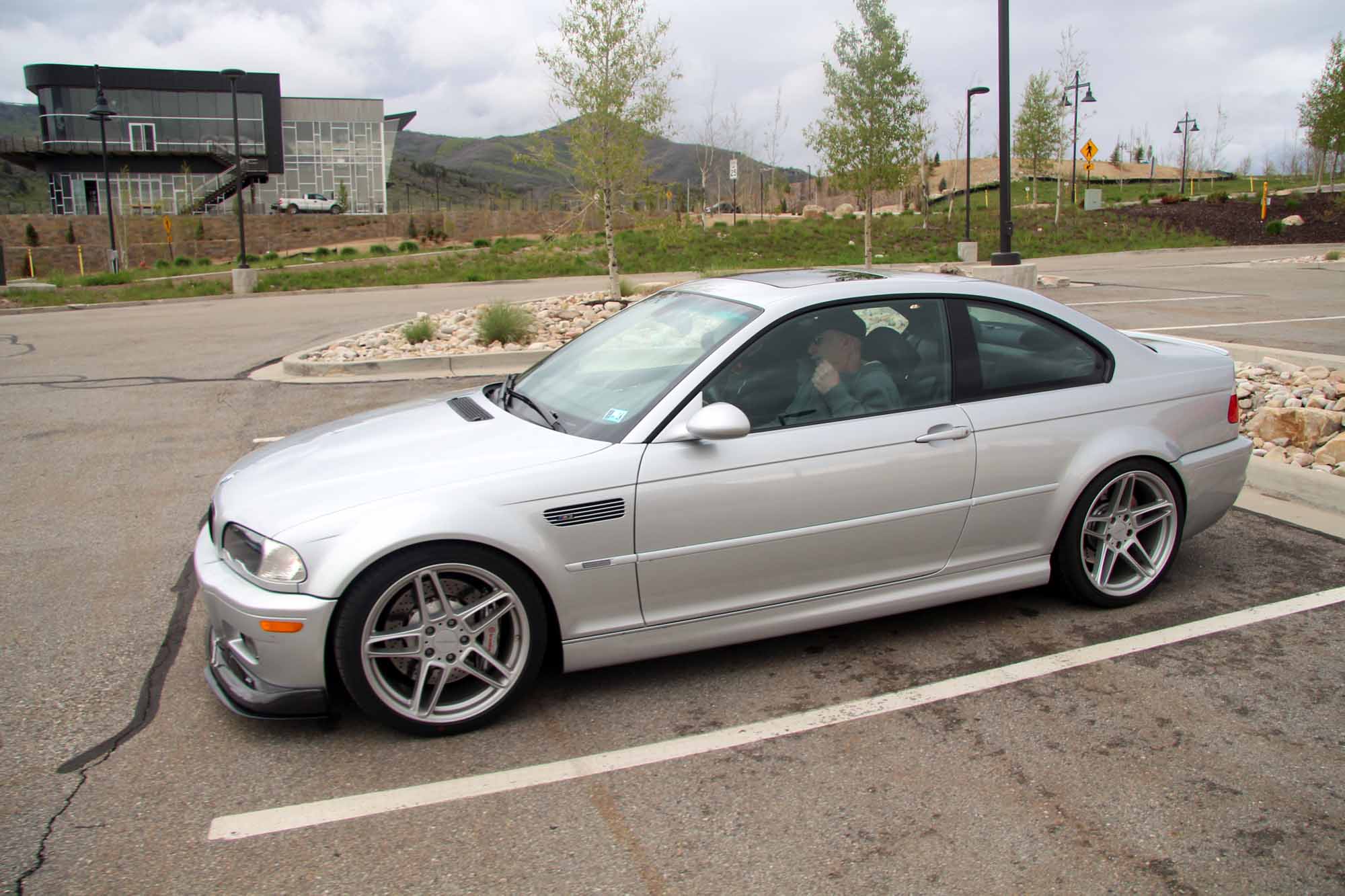 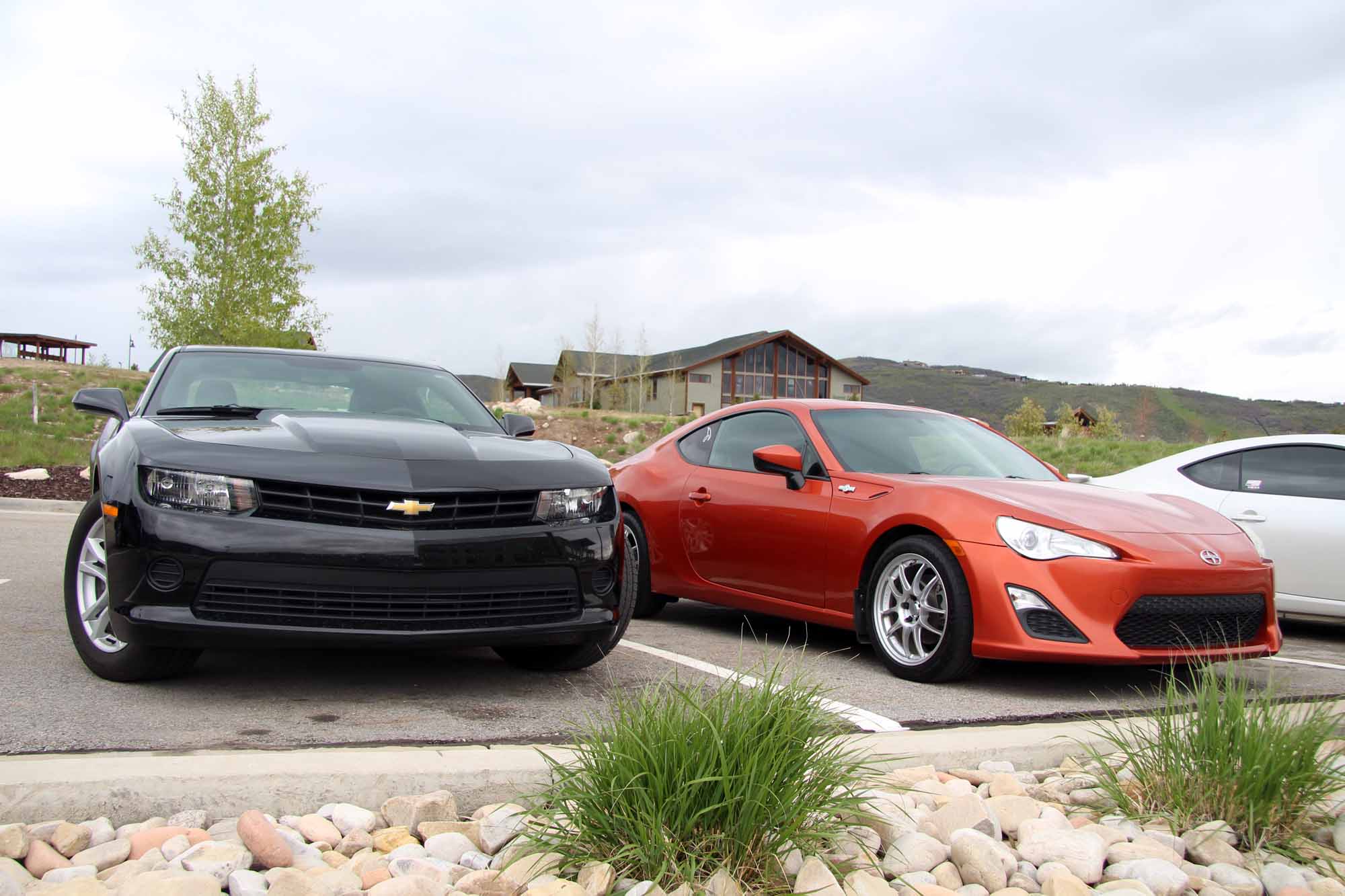 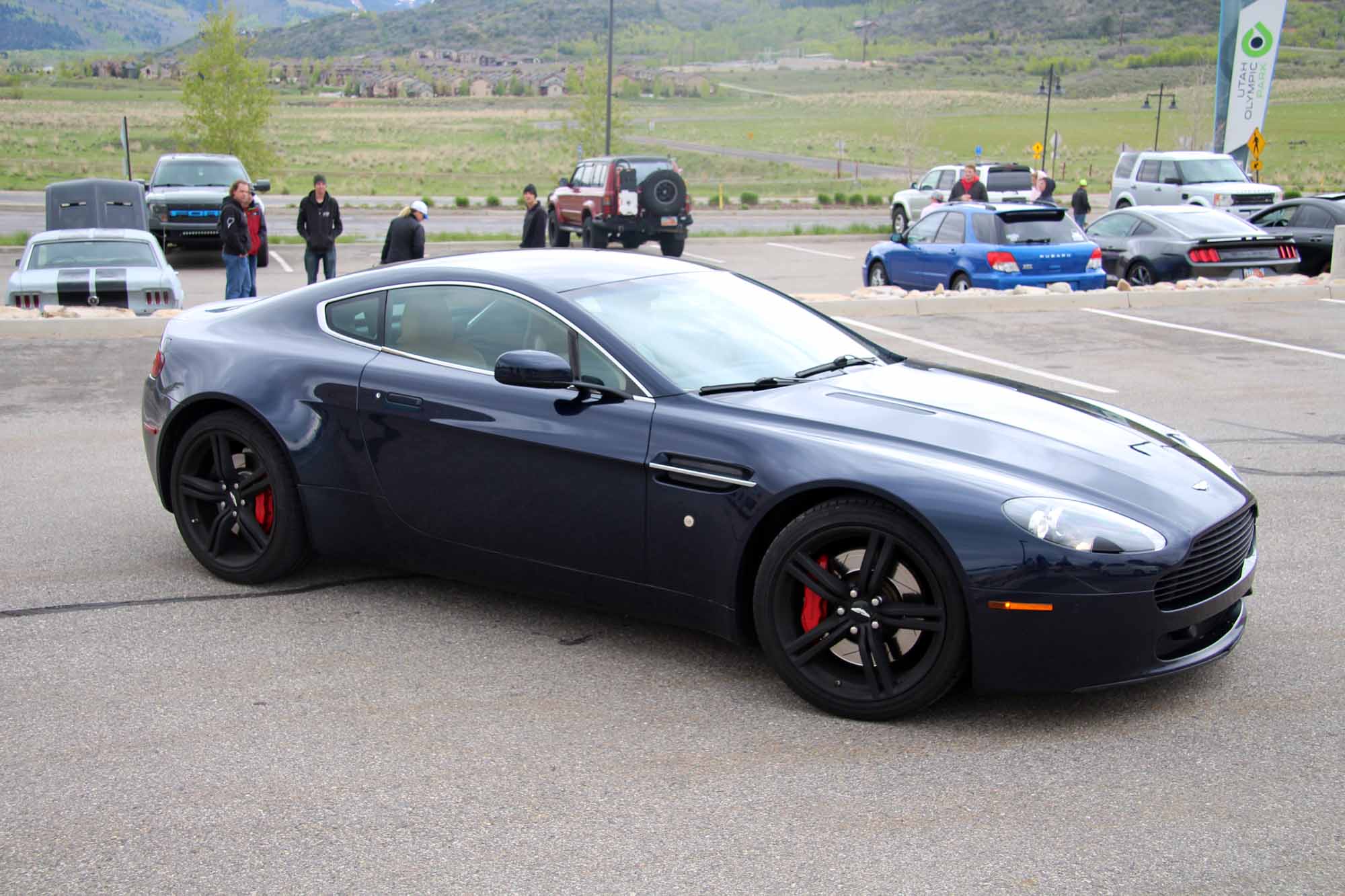 After my coffee was gone and I'd made the rounds to talk to everyone, I said some goodbyes and got back on the road. 8 hours of driving left to do, it's better to get it over with. About an hour into the trip, I saw this weird art installation in the middle of the Utah desert on the eastern edge of the salt flats. I had to stop and check out the "Tree of Utah."

The art installation was the creation of Swedish artist Karl Momen in the early 1980s. It is an 87-foot tall tree made of concrete with Utah-native minerals and rock coating each of the "tree's" branches. There are a few hollow sphere segments laying on the ground around the piece. I don't really understand it, but it's pretty cool. 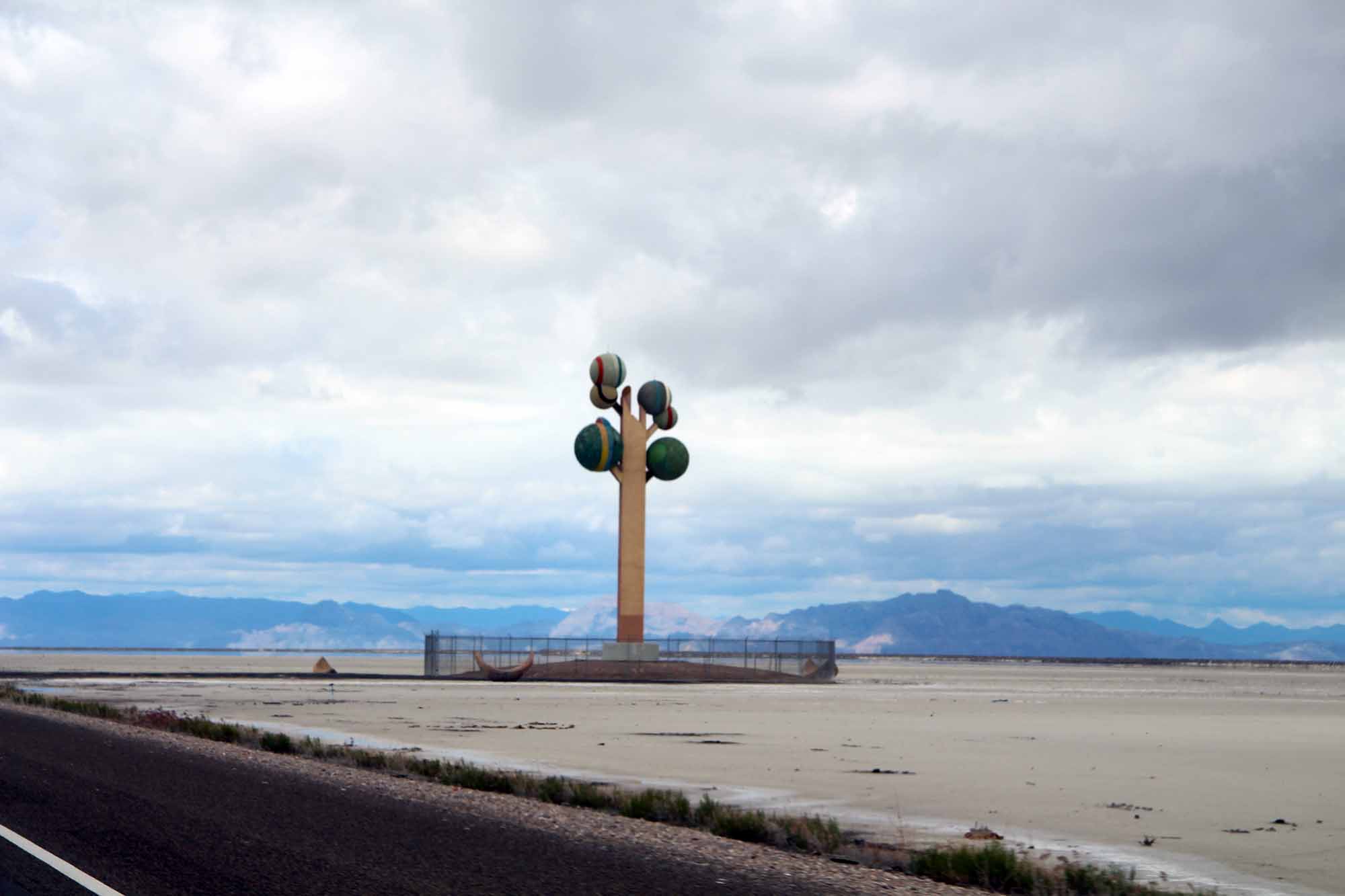 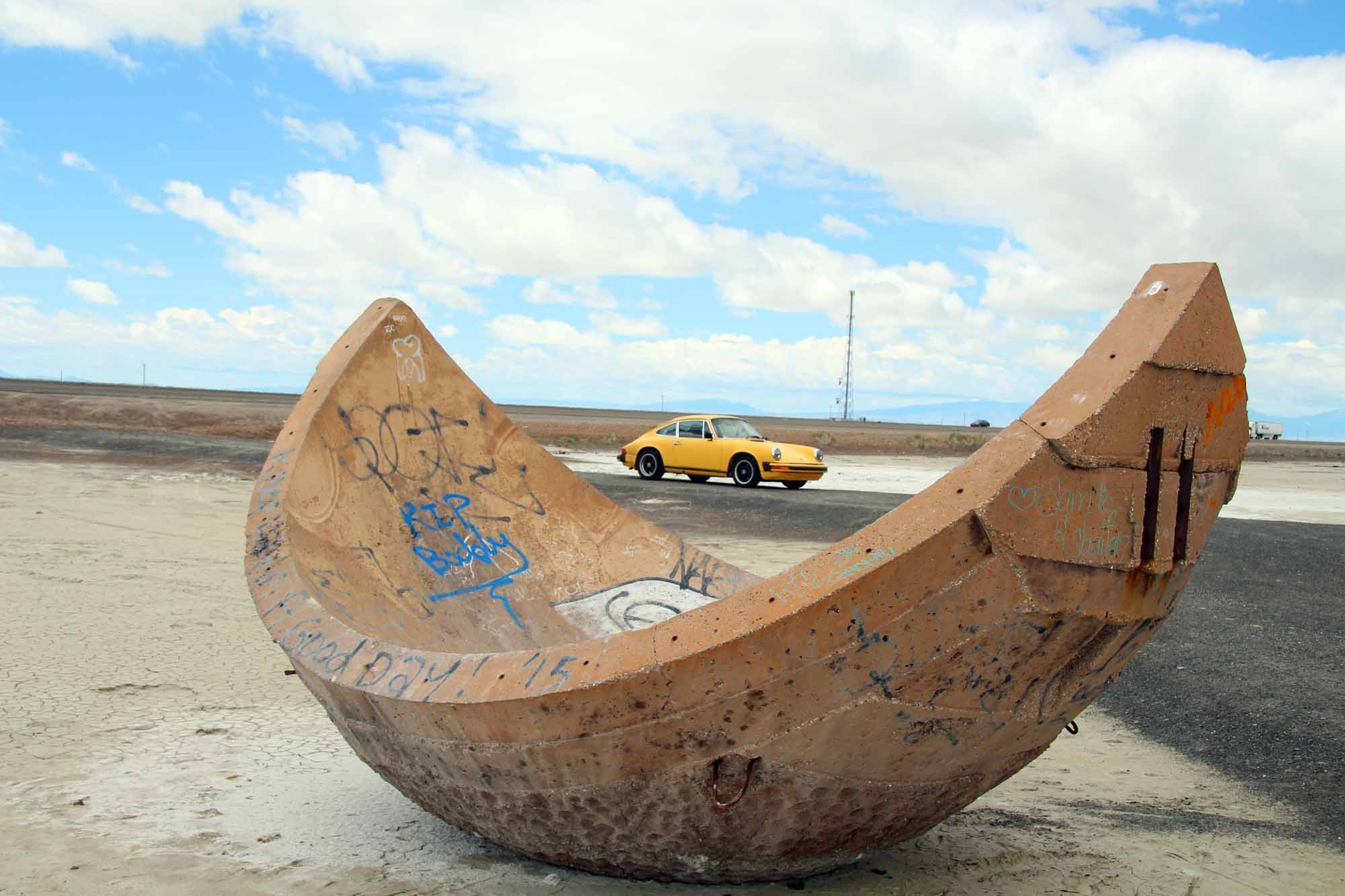 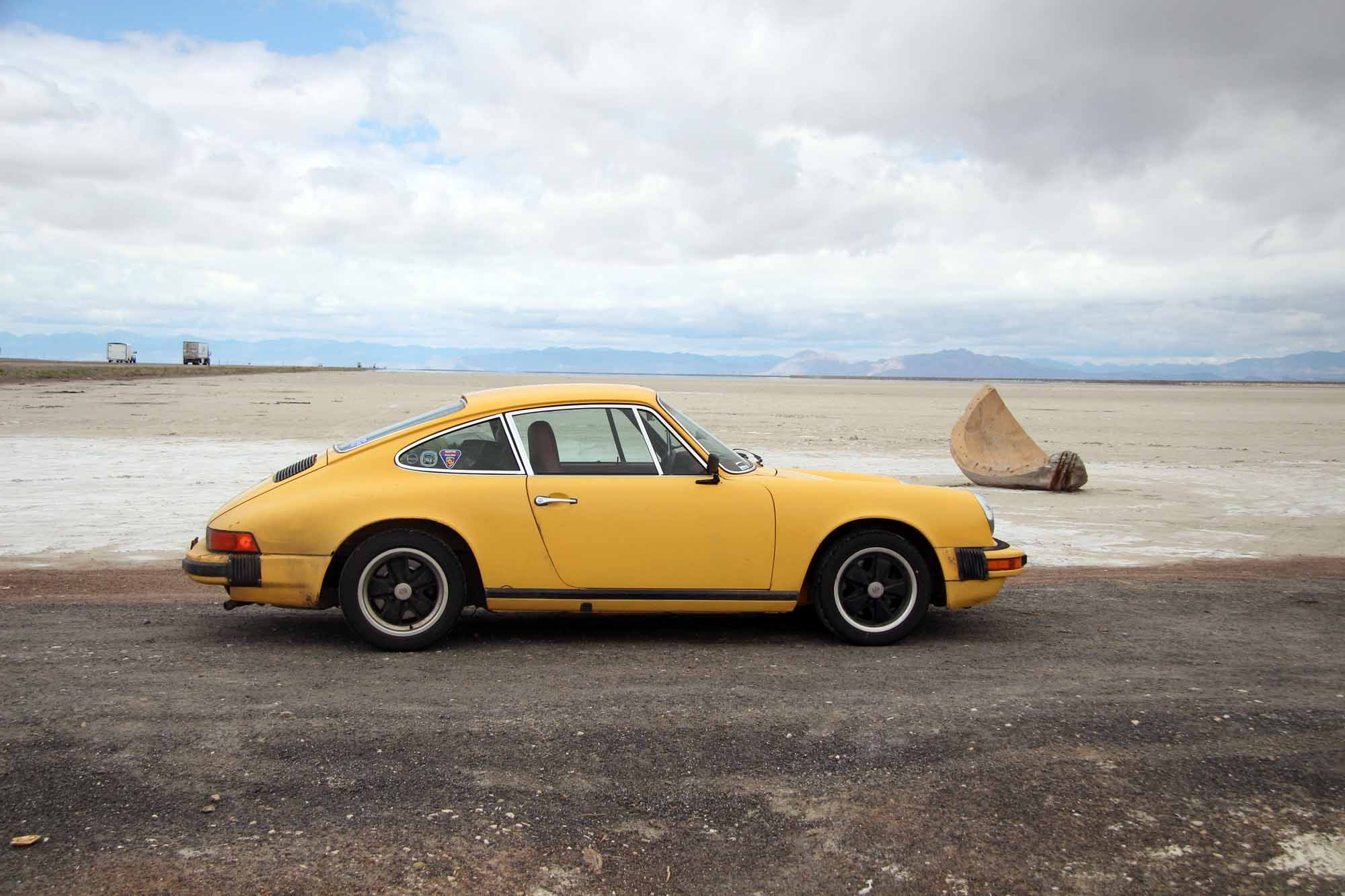 Then, onward to the Great Salt Lake itself. Luckily there was a rest area on the southern 'shore' because my coffee had really done its work by that point in the trip. I love going to the salt and just staring at the majesty and alienness of the place. Even outside of the historic automotive consequences of the great Bonneville, it's just a fascinating place to stop for a few minutes.

Once across the salt, I saw a sign that really made me giddy. I only needed to cross another 400 miles of desert to get back home. Easy...

The gorgeous familiar blue skies of Nevada welcomed me back like an old friend. I'd been away for too long, and we embraced lovingly. I wasn't quite yet home, but I was closer, and that gave me hope. When I got that number down to just 200 miles I felt even better knowing I was within AAA towing range of my driveway. Luckily I didn't need it.

I owe way too many thank yous to way too many people to write here, but they know who they are. Without their help, I could not have made it happen. Aside from some unhealthy tire wear and an exhaust tip falling off, the car performed flawlessly and never left me stranded. I didn't get arrested at a Texas border patrol. I didn't freeze to death in a wet Iowa campground. I didn't fall off a mountain in Colorado. I didn't get stuck in the mud at a Wyoming rest area. Did any of you think I'd make it home unscathed? I'm not sure I did. The impossible trip made possible.

Another Phantom Tollbooth-ism: "What you can do is often simply a matter of what you will do". So, will you?