A great day of driving washes away the sins of the past.

Being that I was in Atlanta for my sister's graduation day, and to be with family I hadn't seen in over a year, I didn't feel it wise to do much in the way of car-related shenanigans on this day. Late that night I met up with a couple friends from the car world to talk shop over some cold brews, but during the day it was a family affair. Nice and relaxing.

With the promise of getting back on the road that evening, I took the time to change the 912E's oil and filter, check a few components for wear and tear, and cut the other three exhaust tips free from the muffler. The car is significantly louder now, which I'm not sure if I like or not. My twenty-something mentality says, "Hell yeah!", but my thirty-in-a-couple-months side shouts epithets at me over the din.

After dinner, we all say our goodbyes and I hop in the car to head back north. My stop for the night puts me about half an hour south of Greenville, SC. KOA and tent are a bit of a sore subject after spending a couple days in a real actual house, but I make due.

An early morning at the campsite means I arrive just in time for my 7:30AM coffee appointment. Michelin Tires North American headquarters is based in Greenville, and Johnny is my contact there. Johnny loves coffee, probably more than anyone else you know. I usually drink one cup of cheap home-brewed java in a day, but Johnny likes to try new cafes wherever he goes. If you need a good cup, ask Johnny who makes the best in your hometown and he might know. We meet up at Underground Coffee, where I had a pretty great caramel latte, and talked about the history of Greenville, the tire business, social media campaigns, and cars in general. Johnny is one of the truest enthusiasts in this business, and I'm glad when I get to spend time in the presence of his exuberance.

While chewing the fat, Johnny shoots a text to a friend of his at the BMW Car Club of America, who also houses their headquarters nearby. The BMWCCA Foundation is currently working on a historic BMW motorsport display that won't be open to the public until the grand opening event on the 19th. They were gracious enough to let us check out the space before it opens, and it did not disappoint. 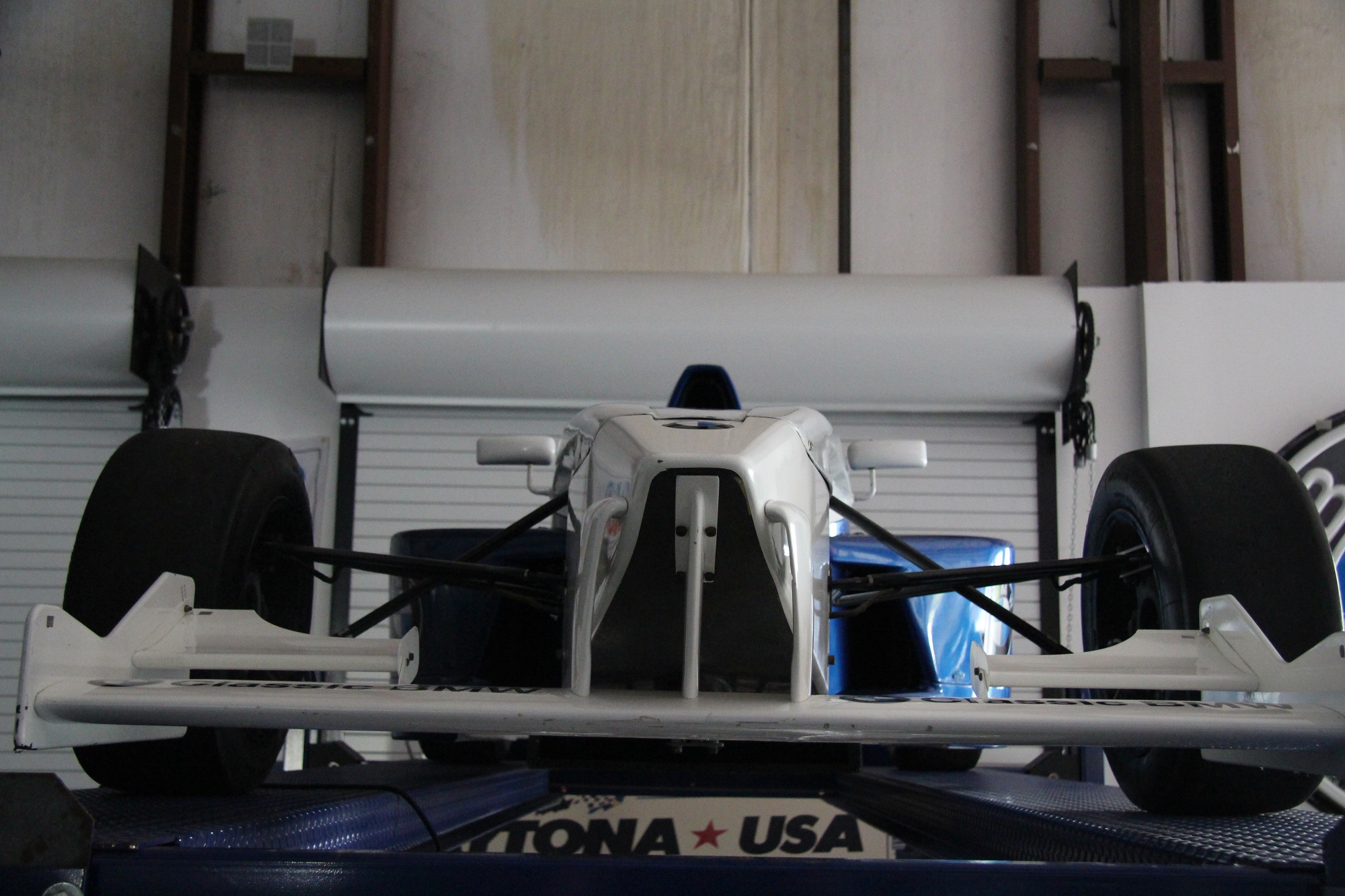 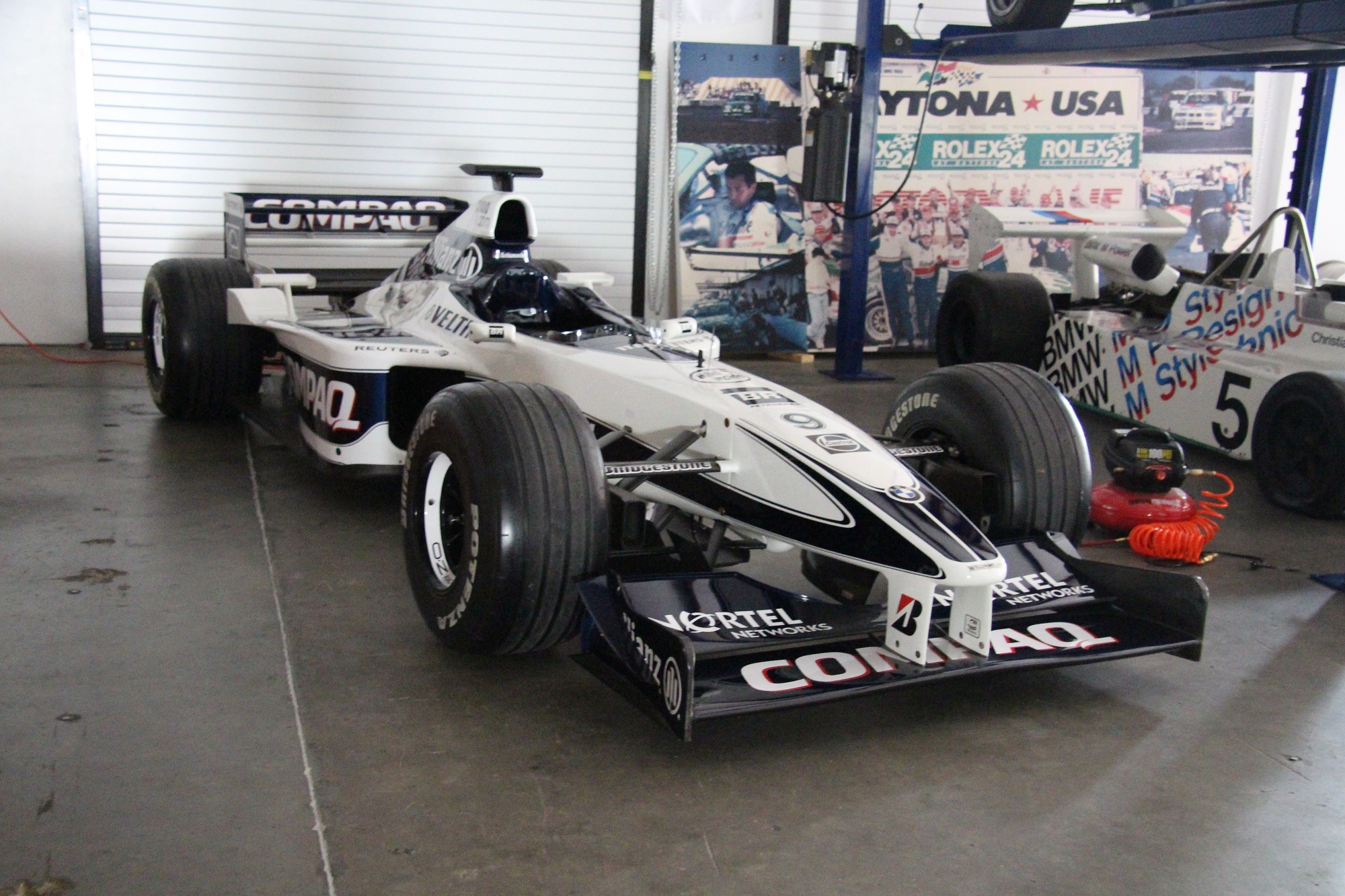 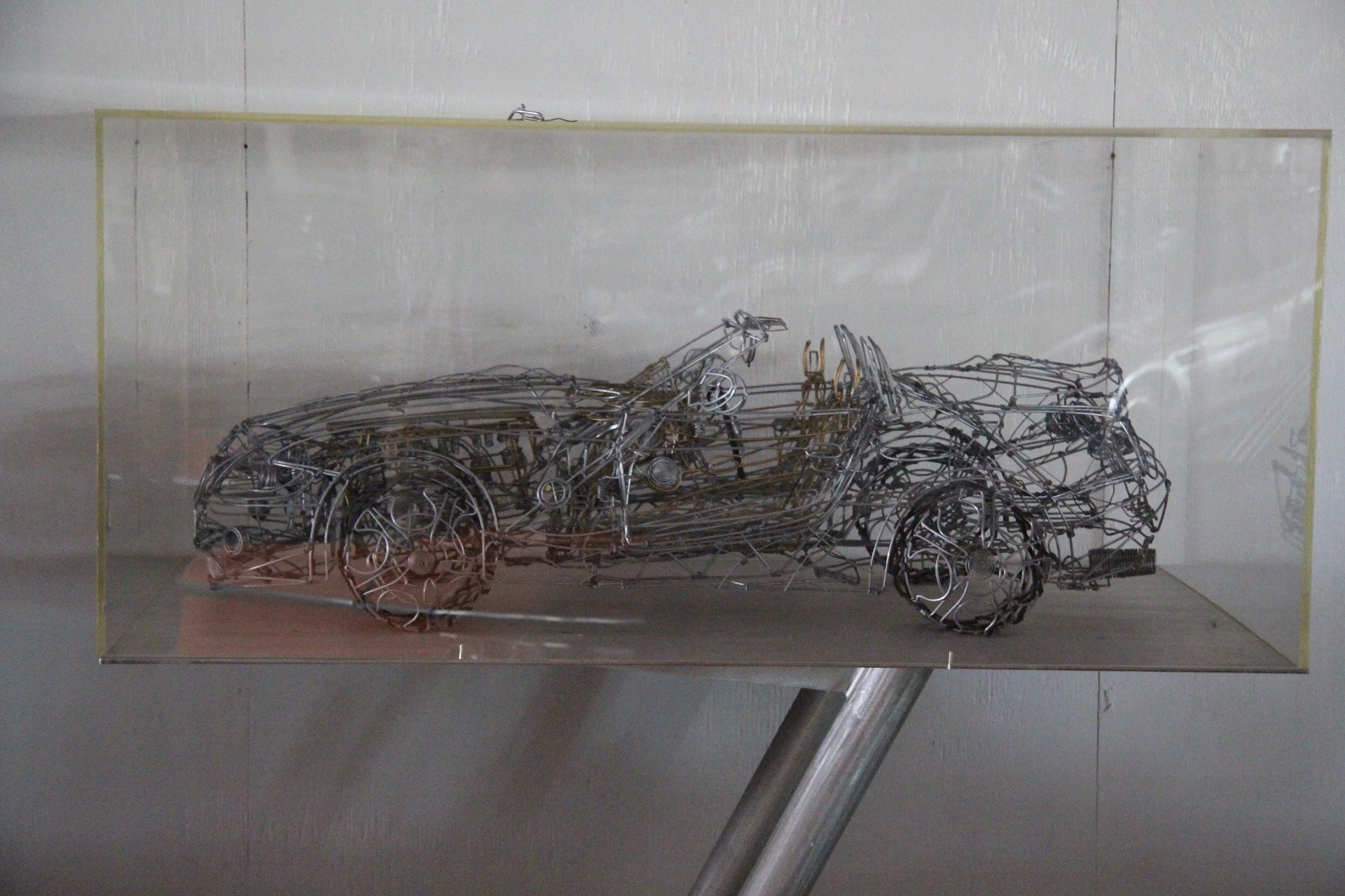 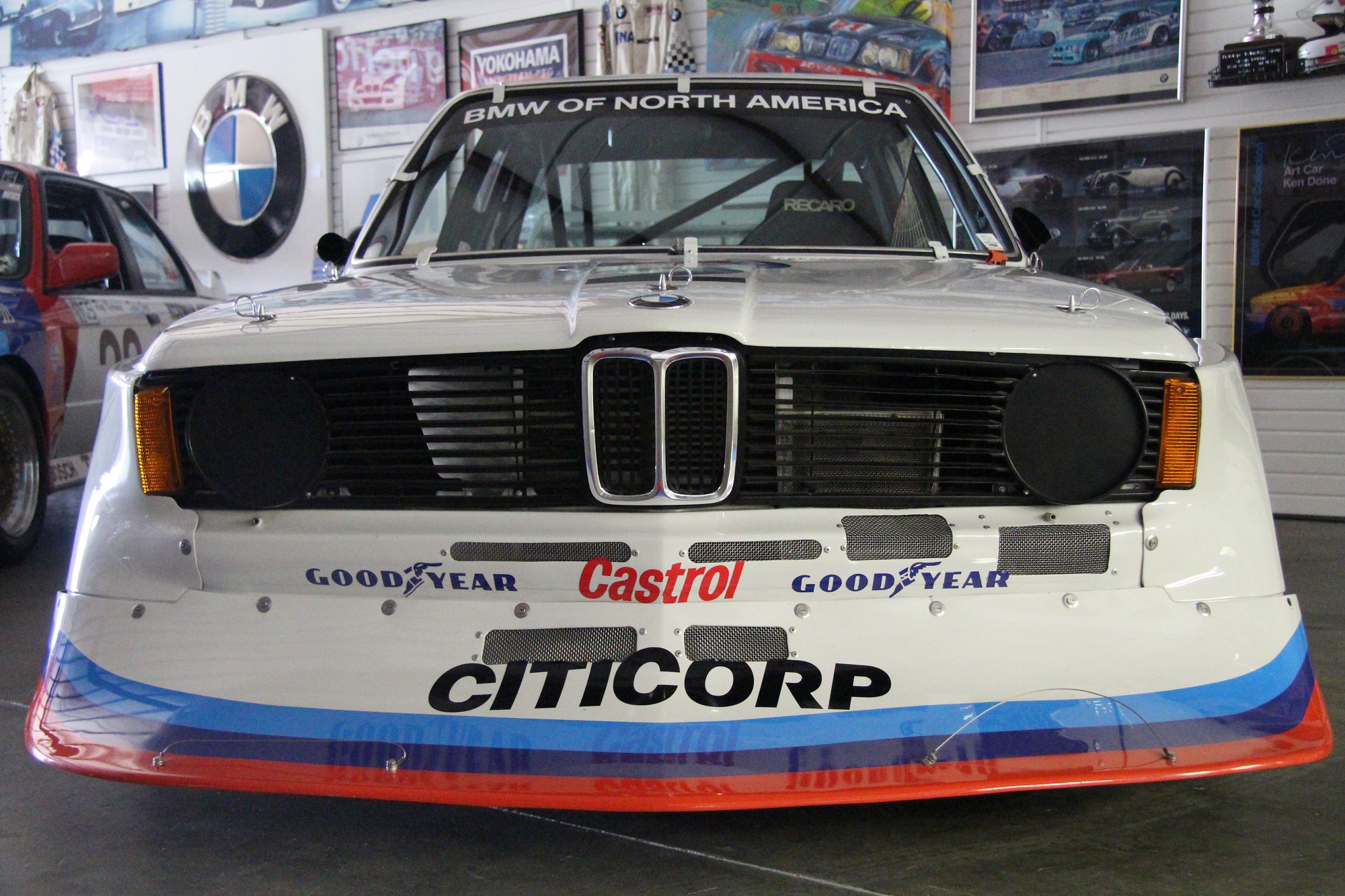 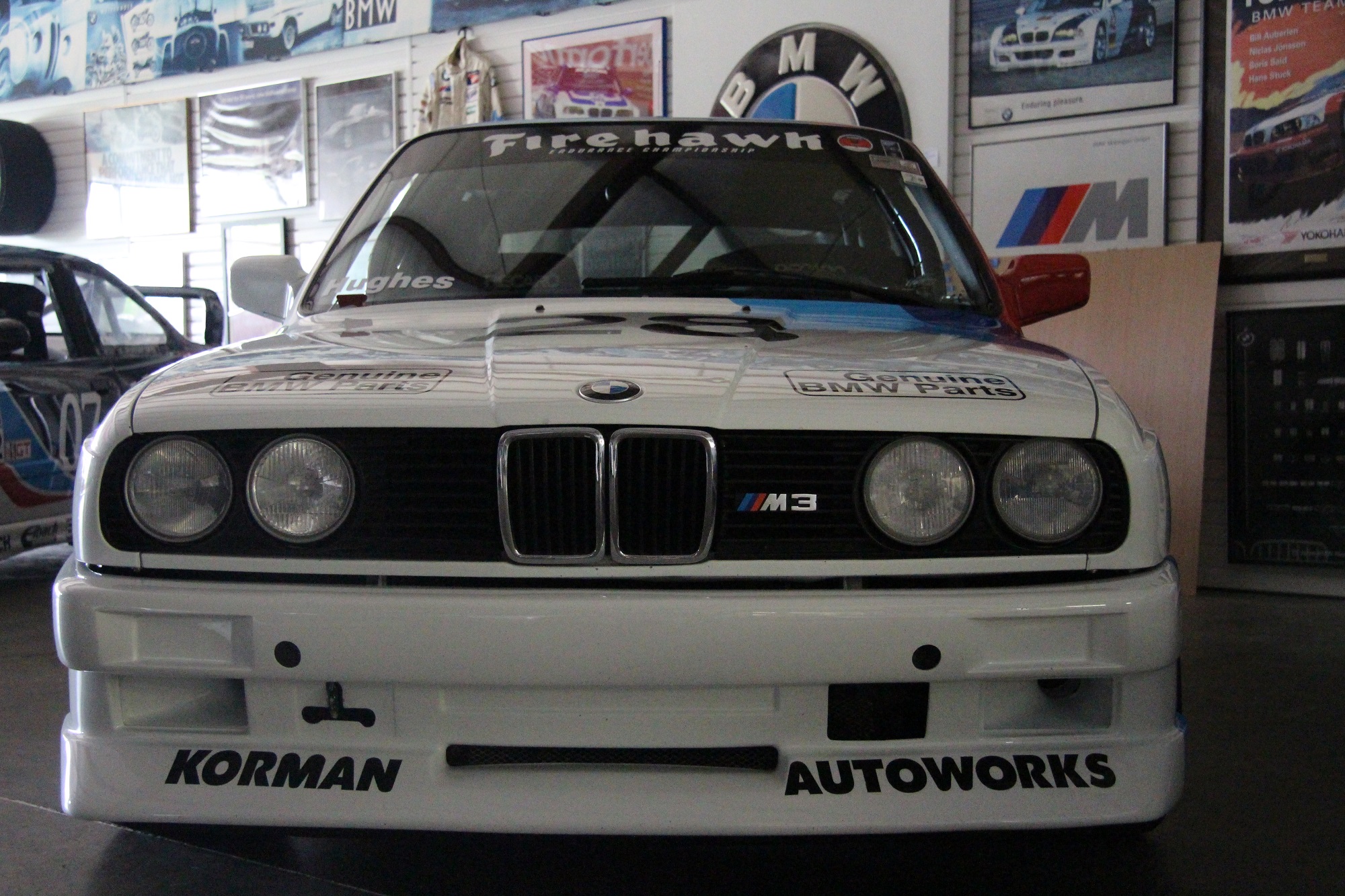 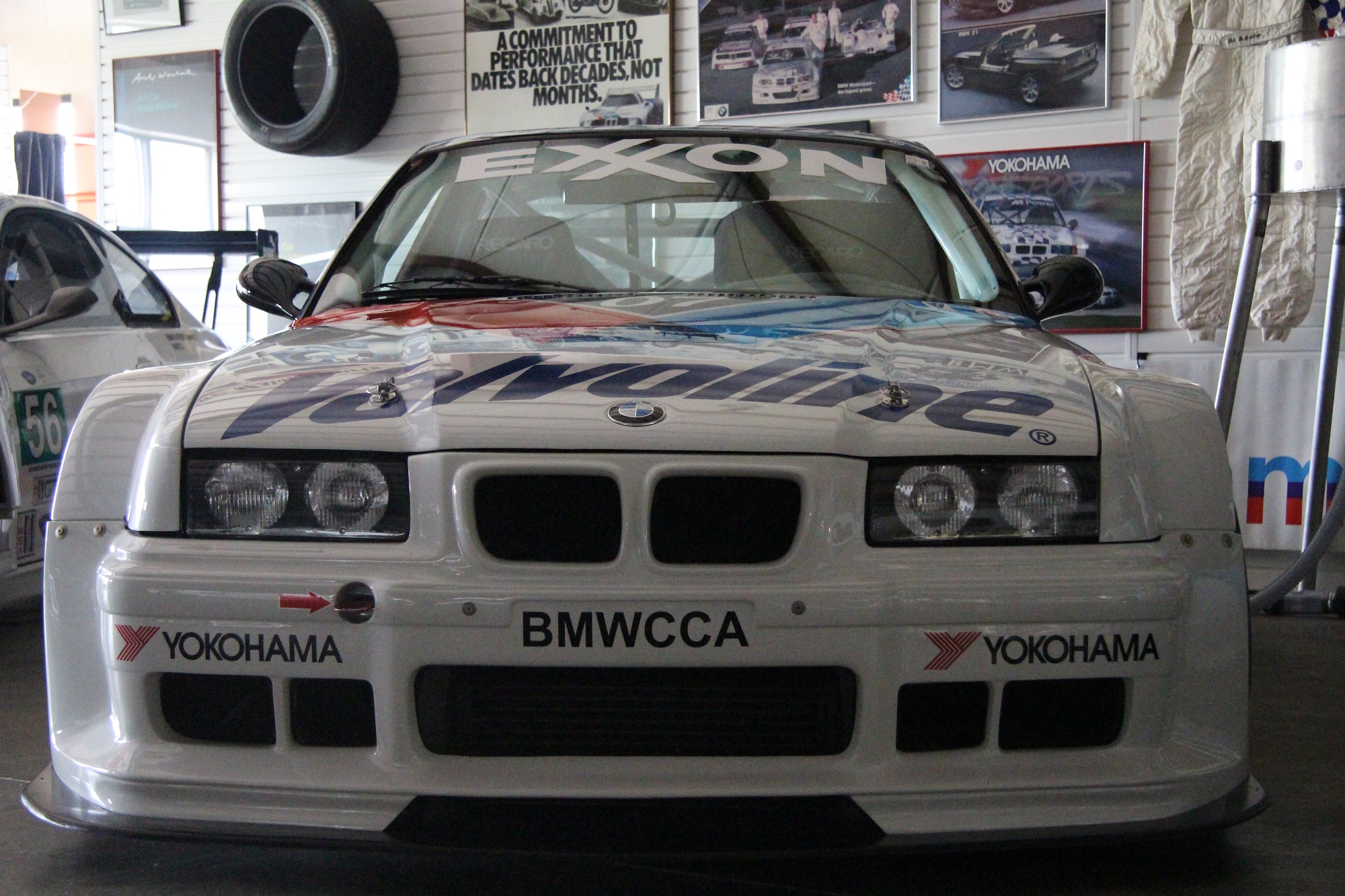 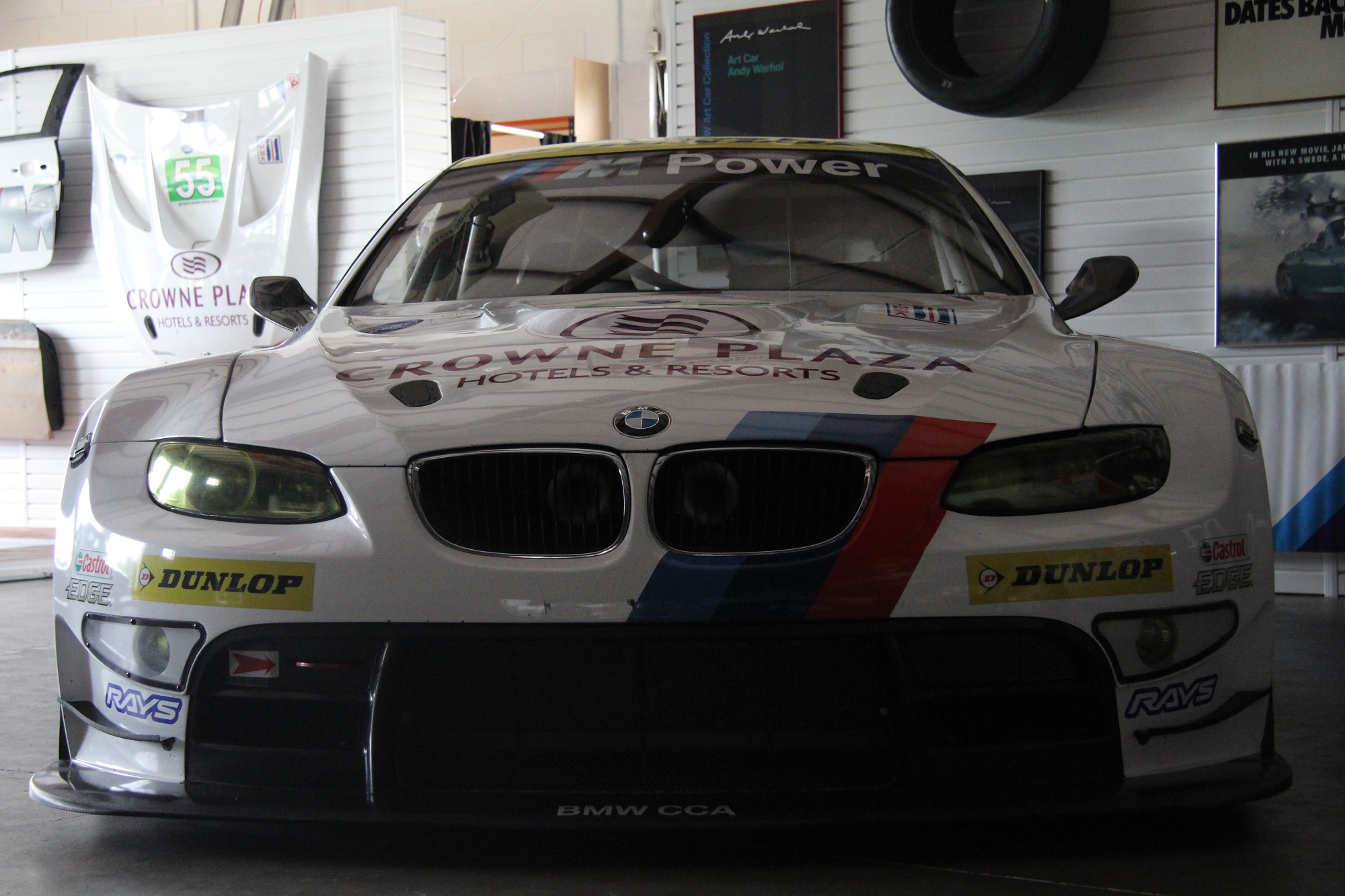 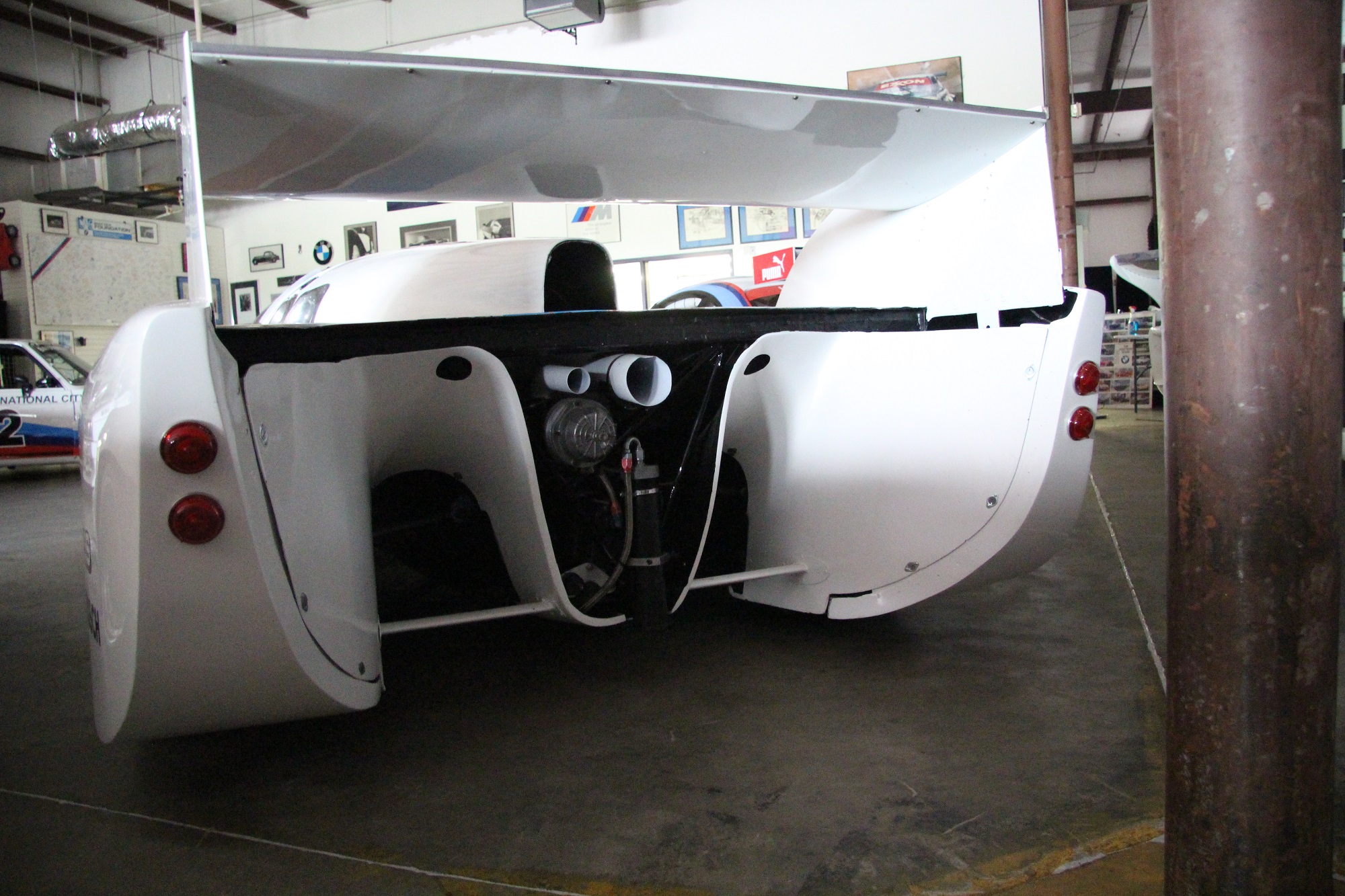 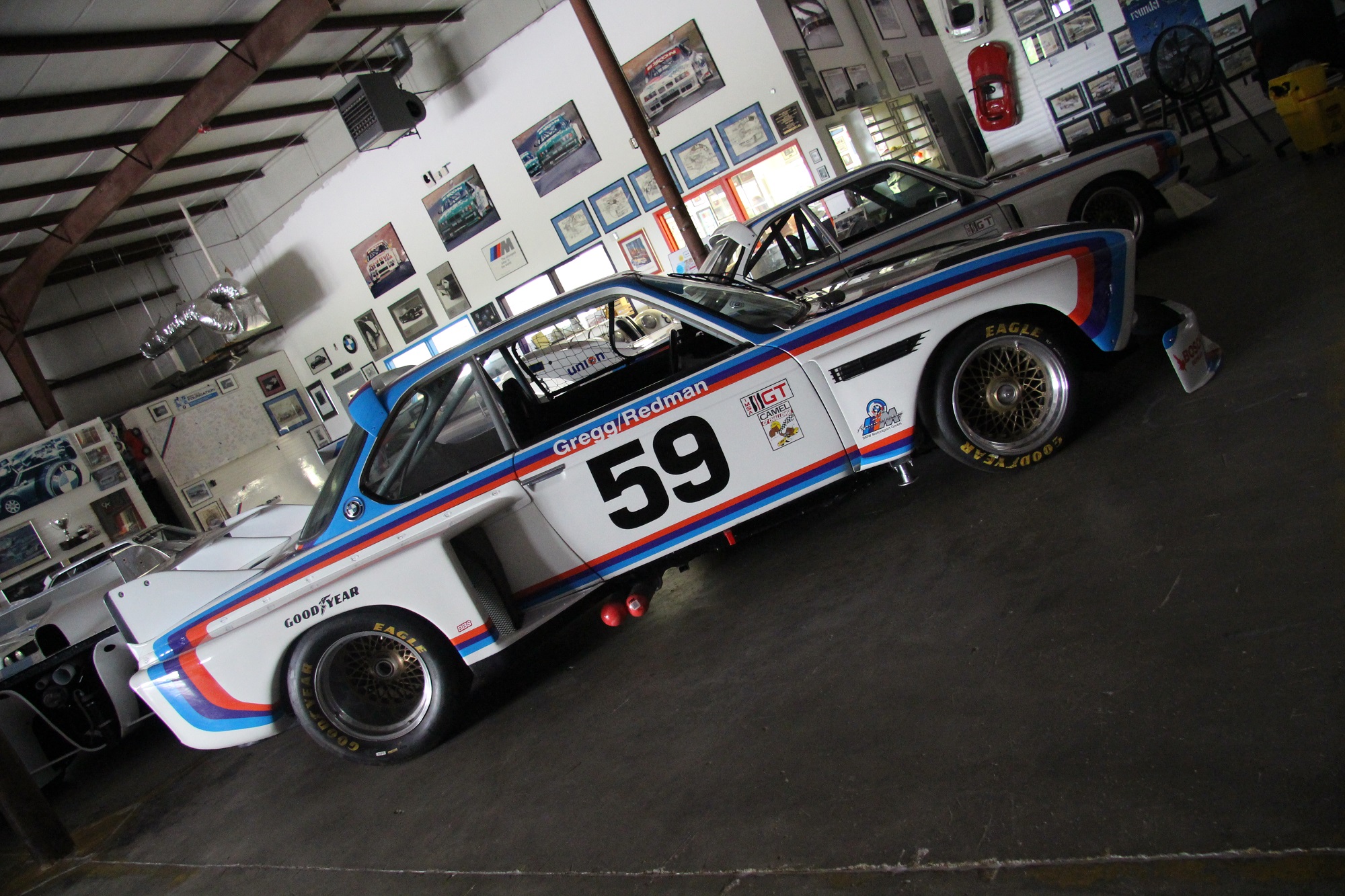 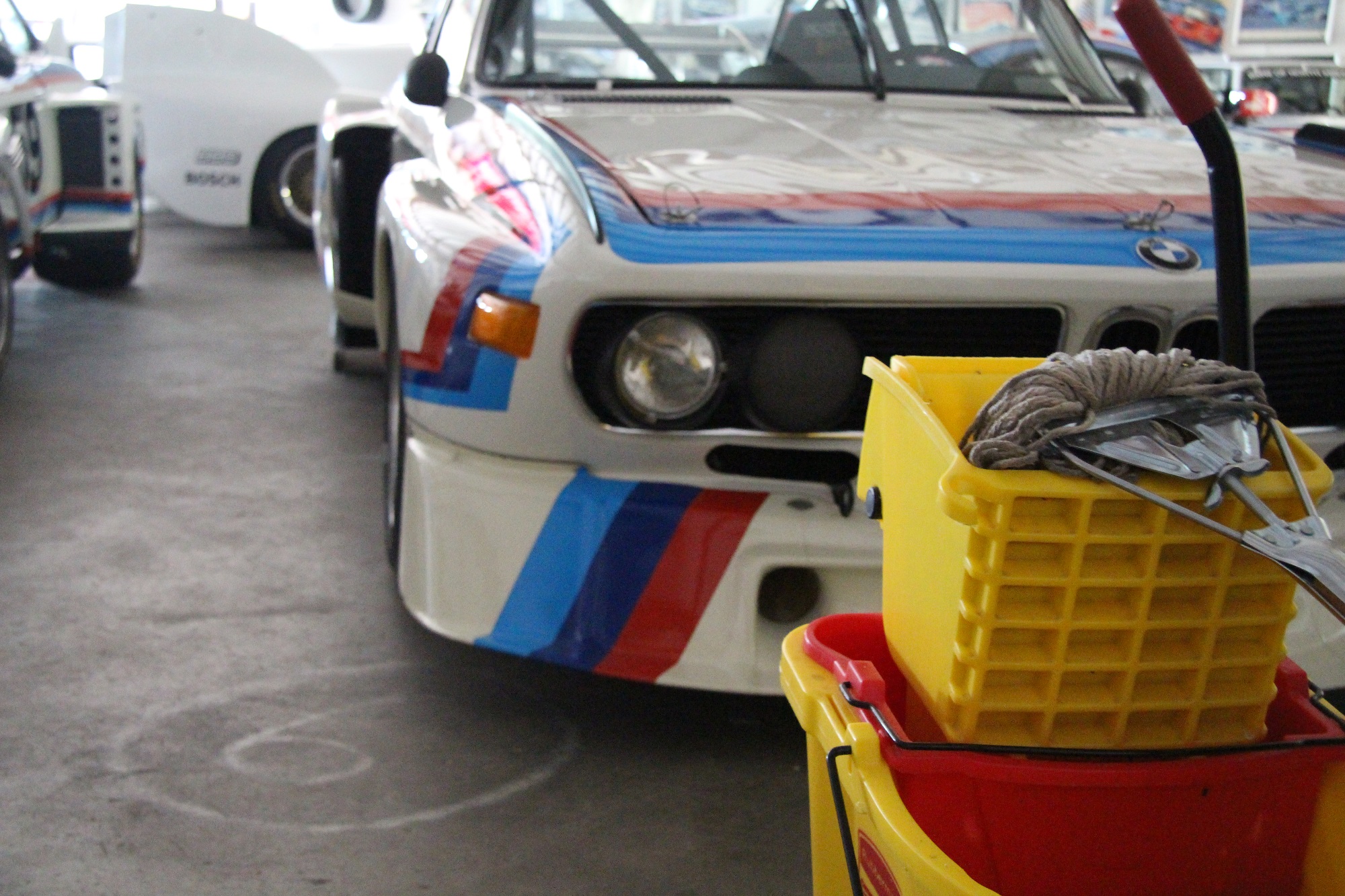 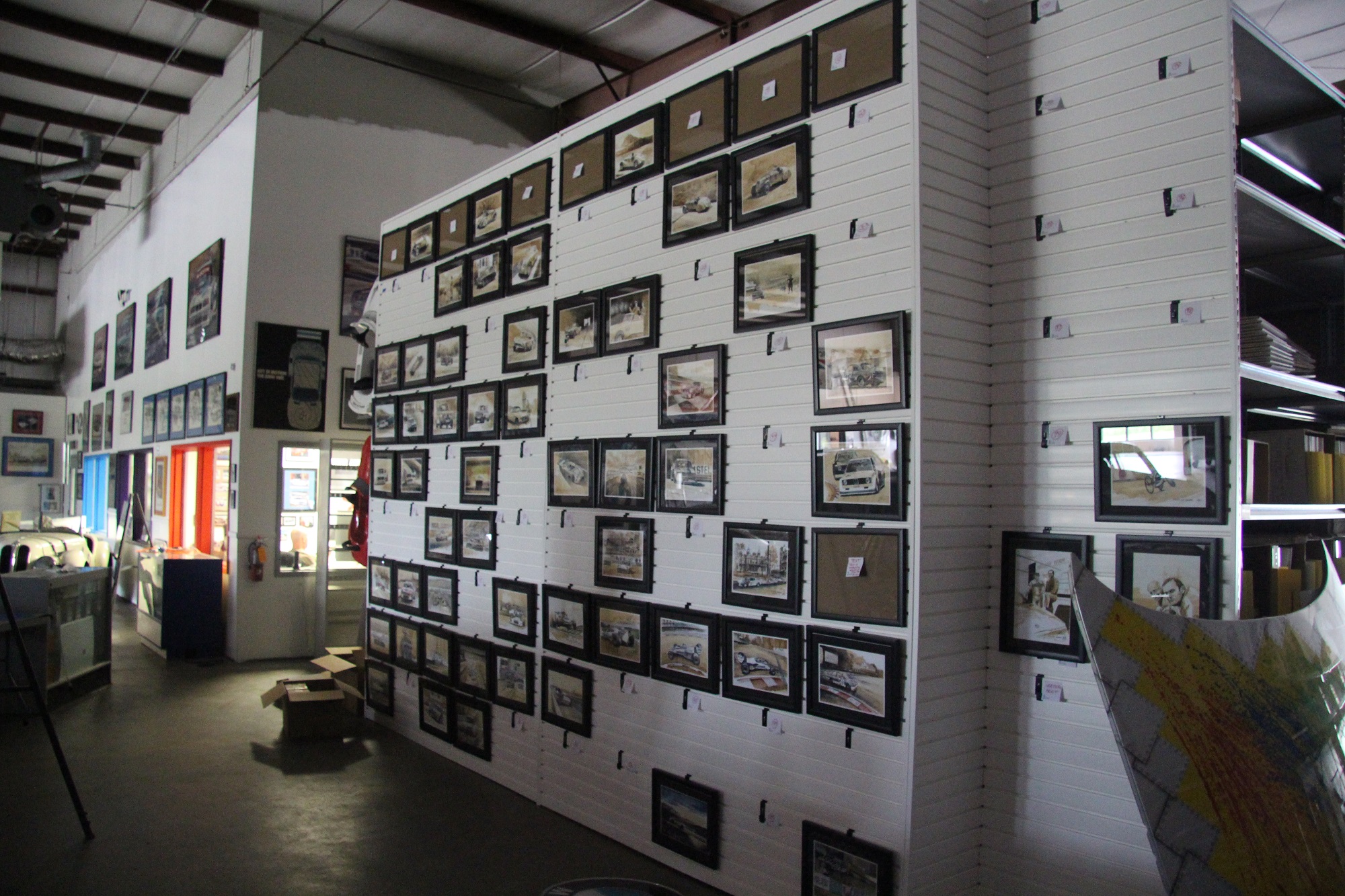 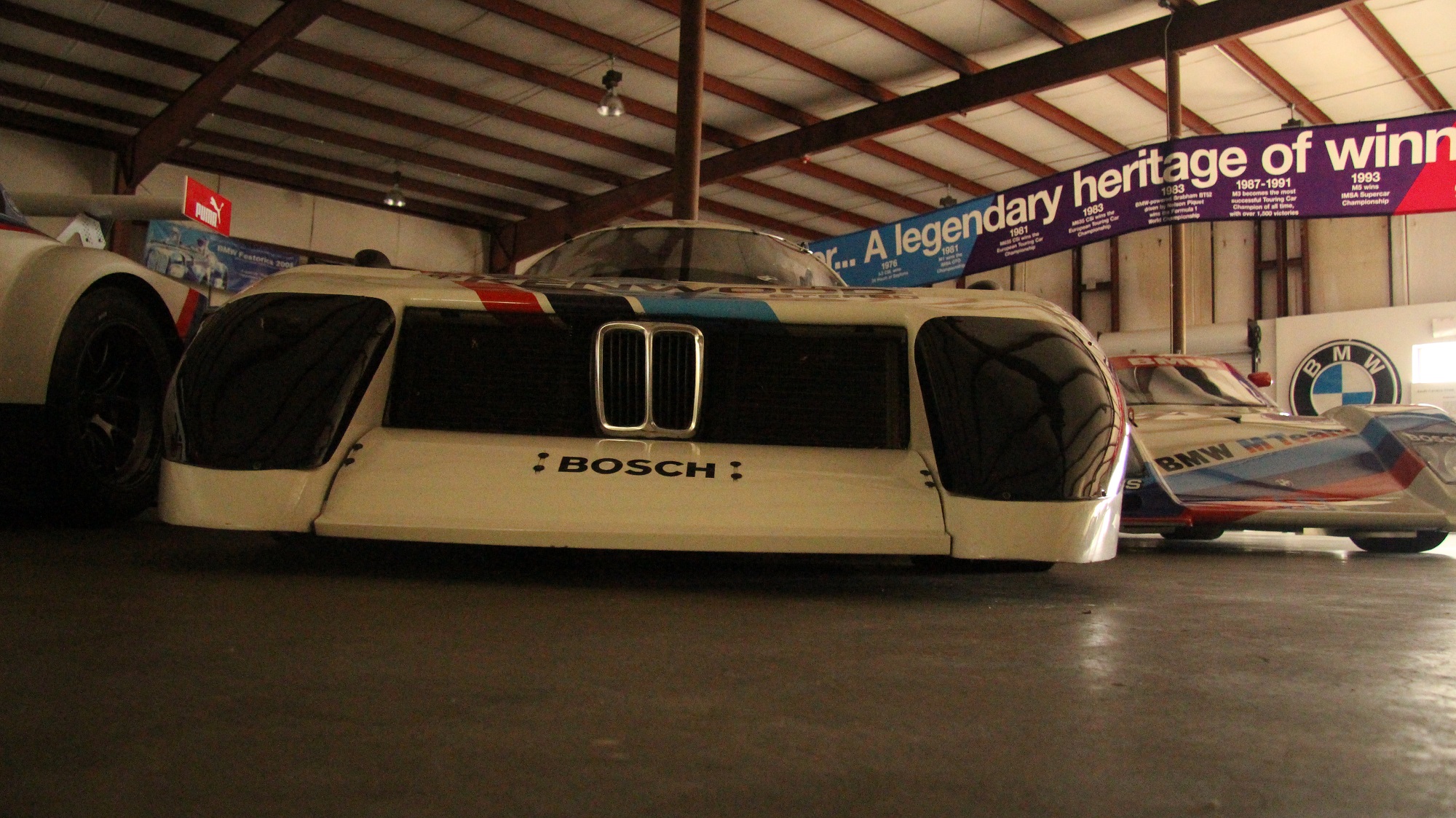 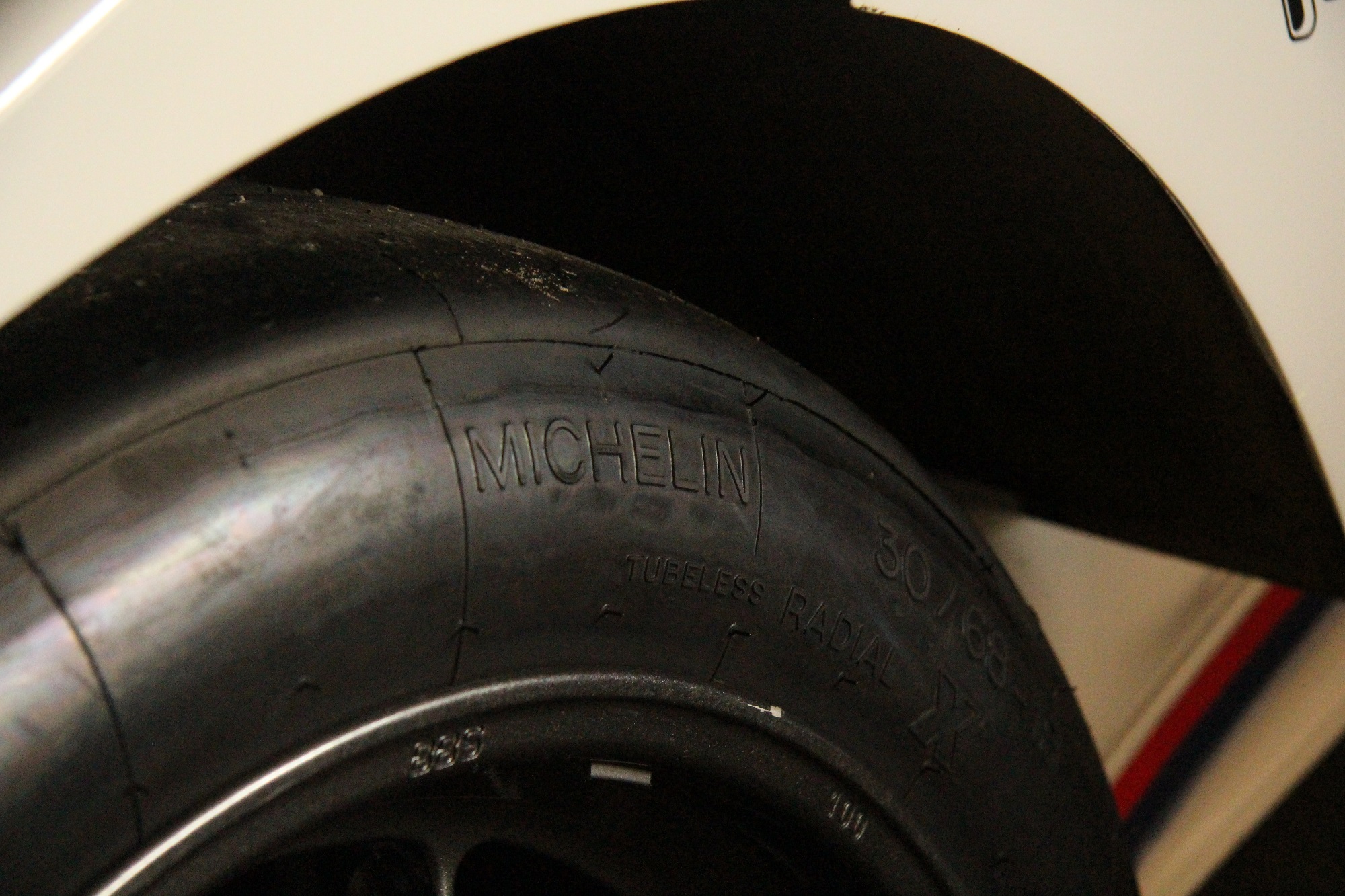 With a full retrospective on BMW motorsport history, this collection is a so worth seeing. Everything from a Williams Formula 1 car to the BMW McLaren GTP car of the 1980s, and on down to some great privateer entered touring cars and 2002s. Four generations of BMW M3 race car grace the space, and are laid out in a fashion that follows the chronology without beating you over the head with it. The walls are lined top to bottom with various BMW advertisements, artworks, and broken race car body panels. One wall includes a set of BMW-related watercolors, though only about half of the 101 pieces have yet been installed. 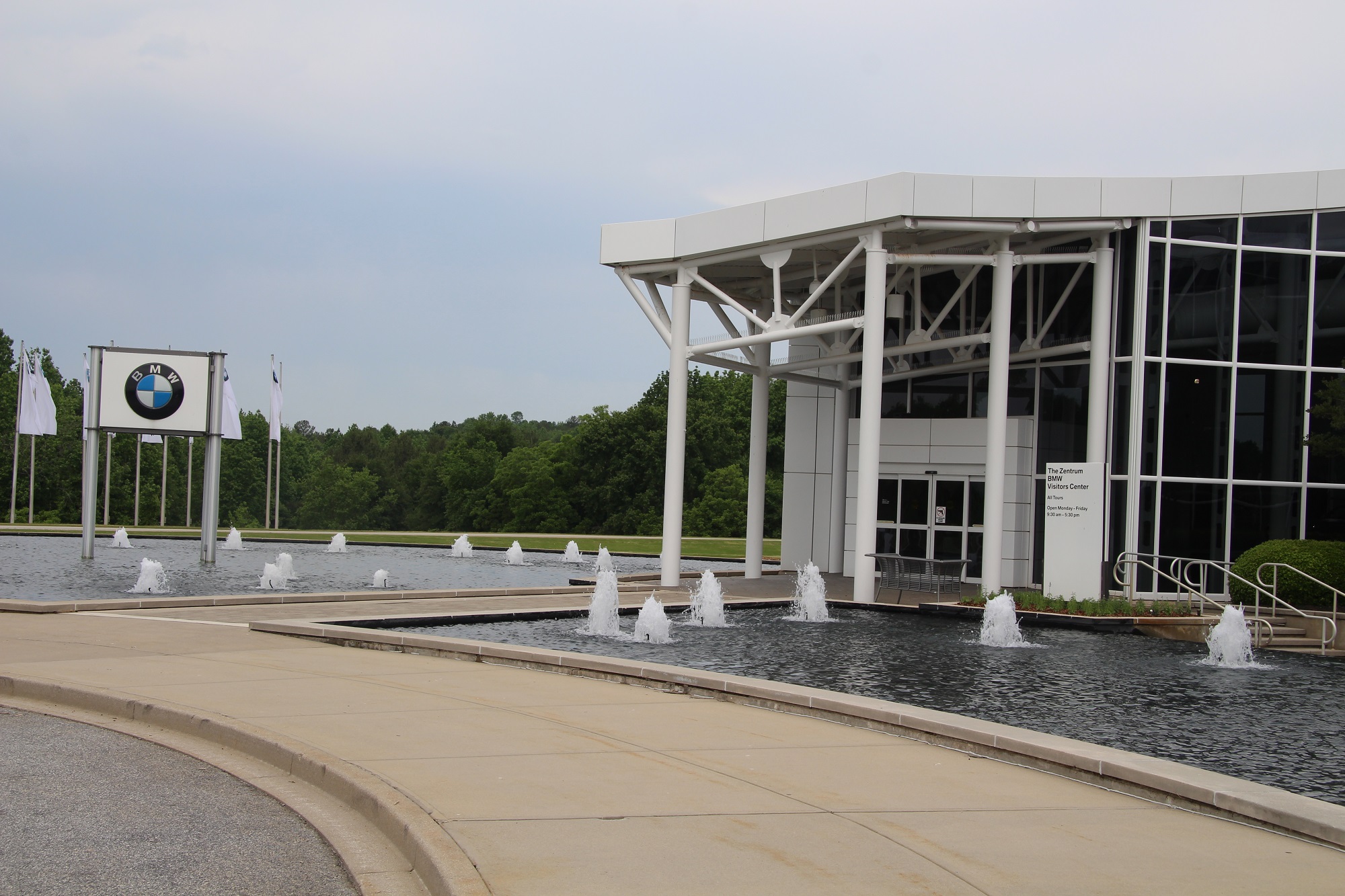 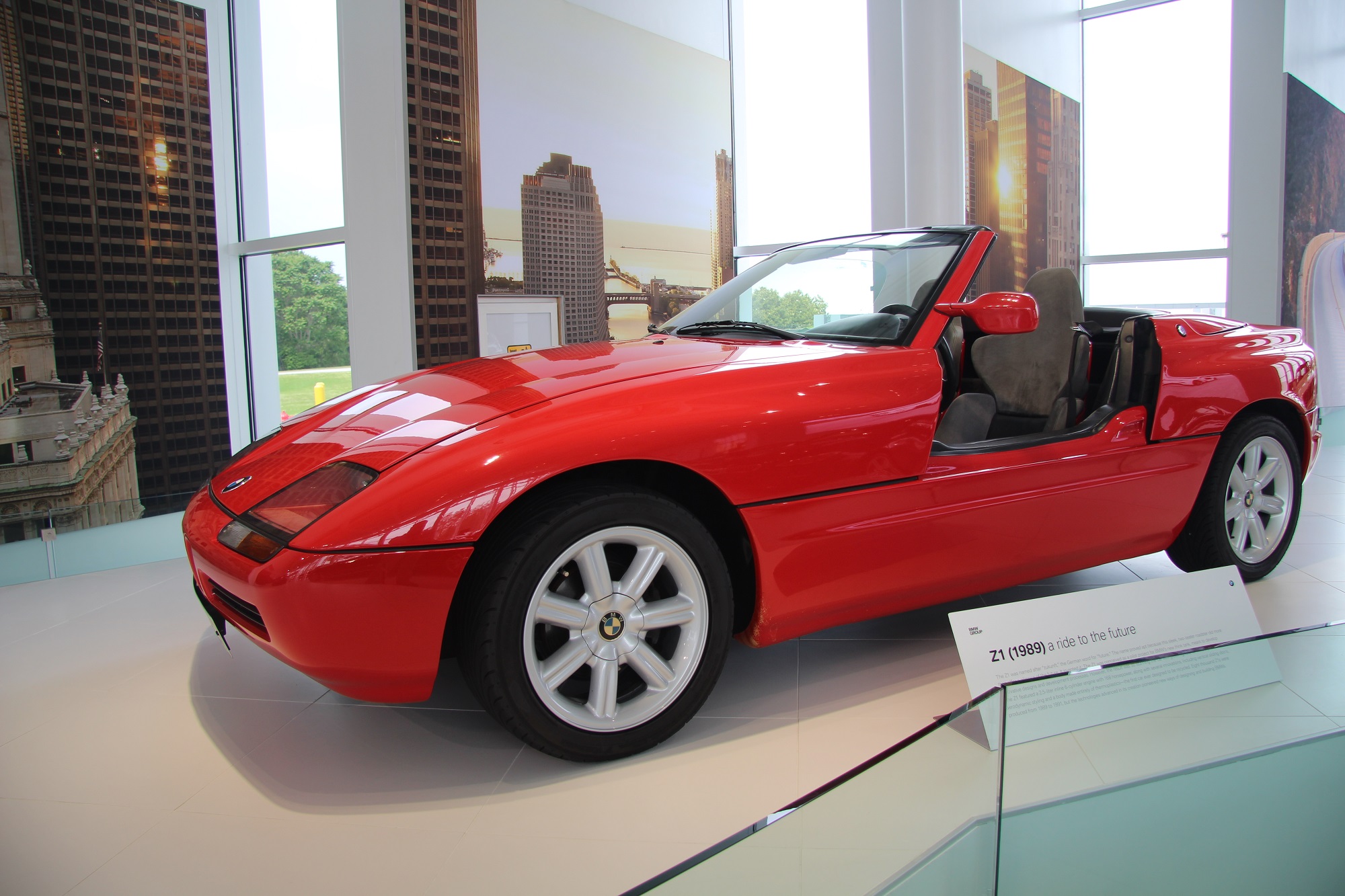 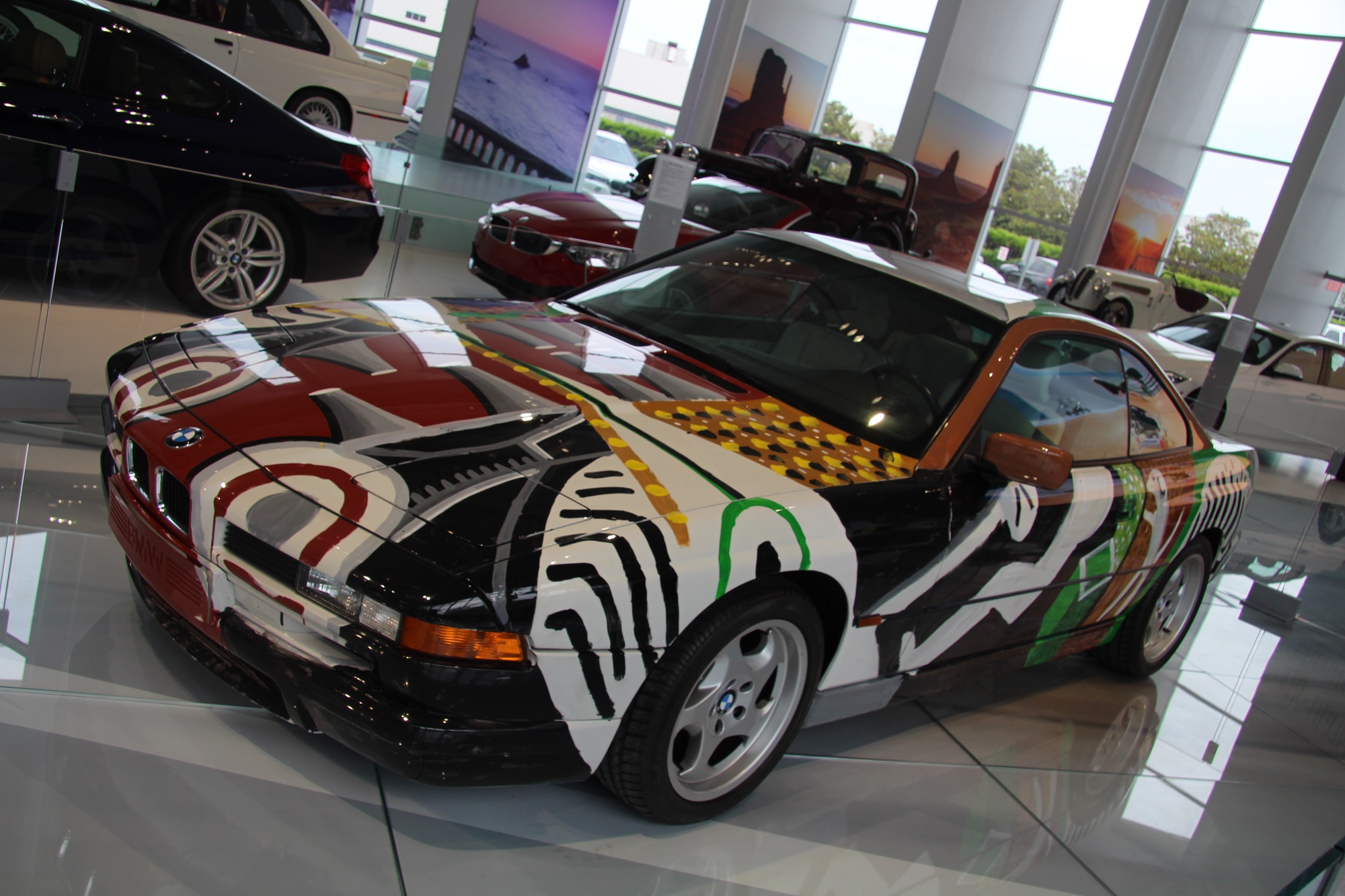 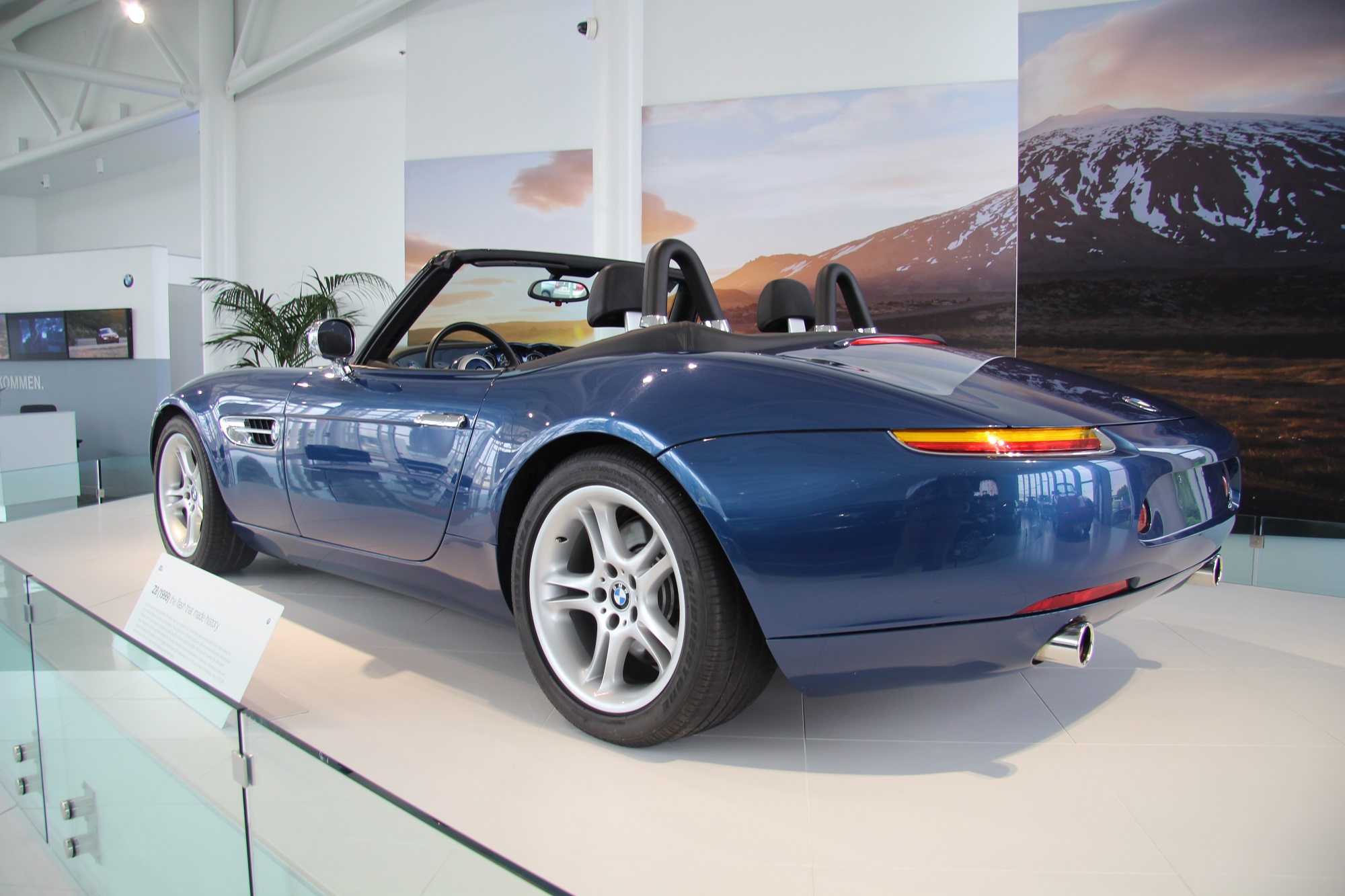 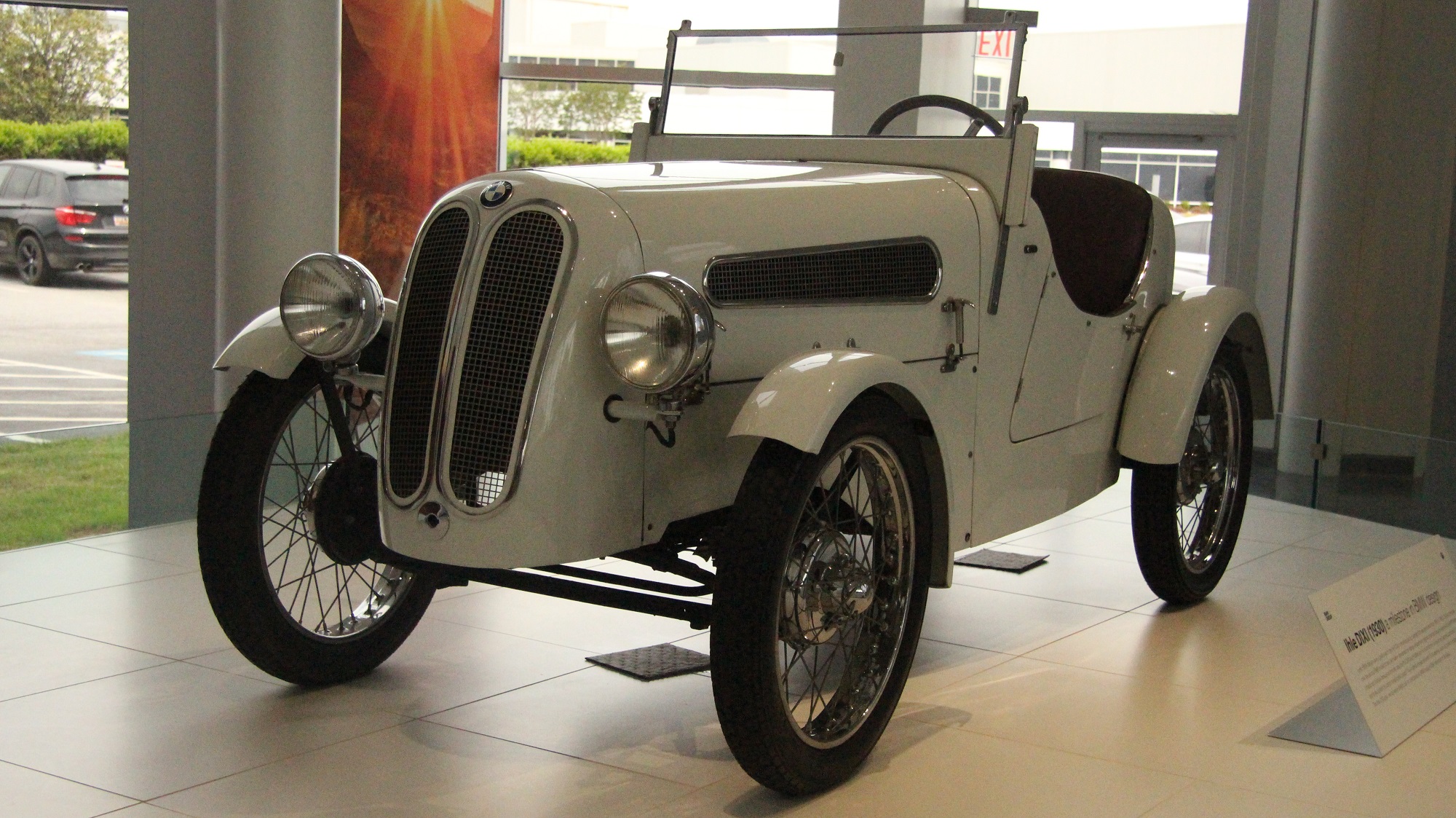 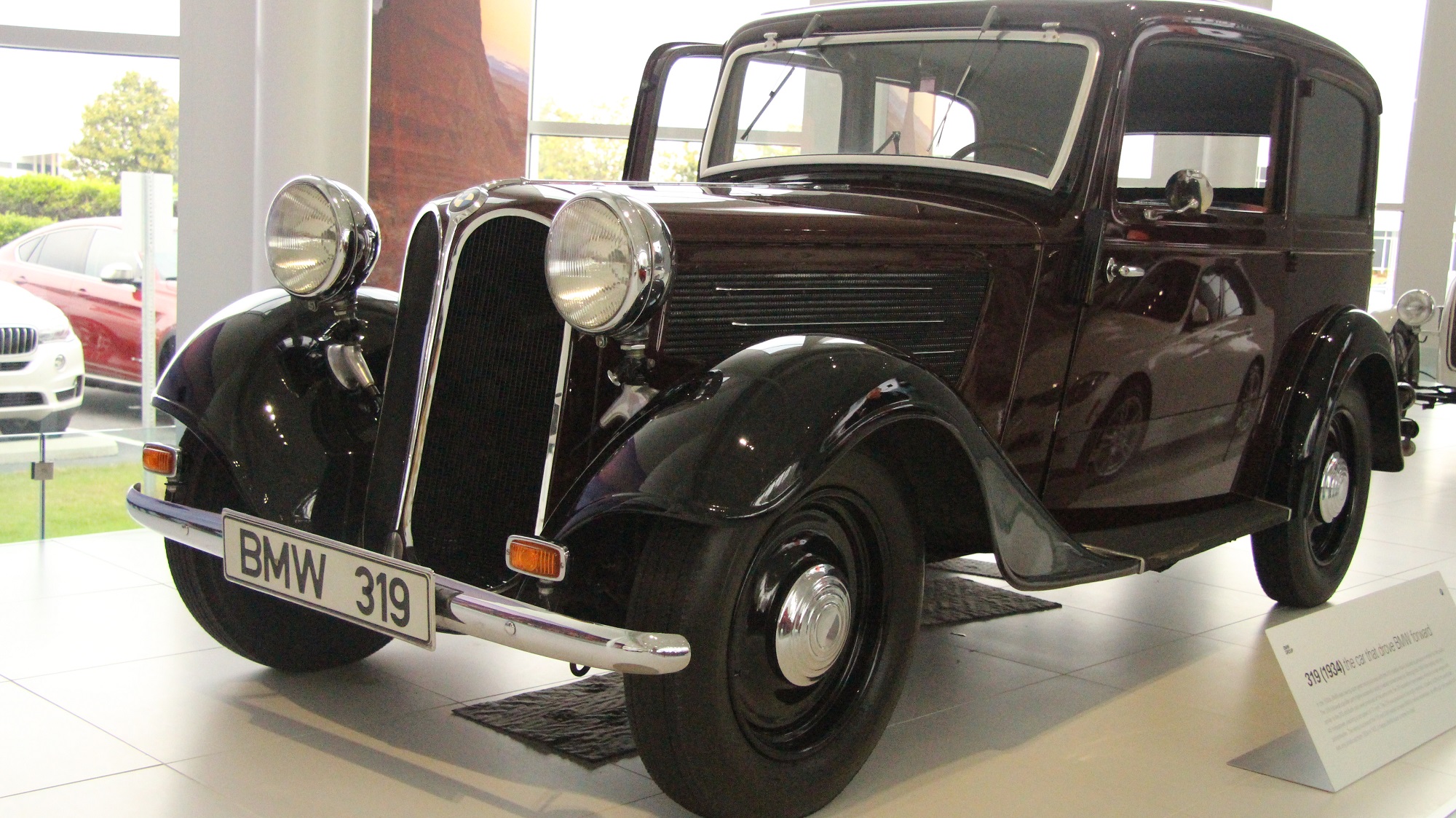 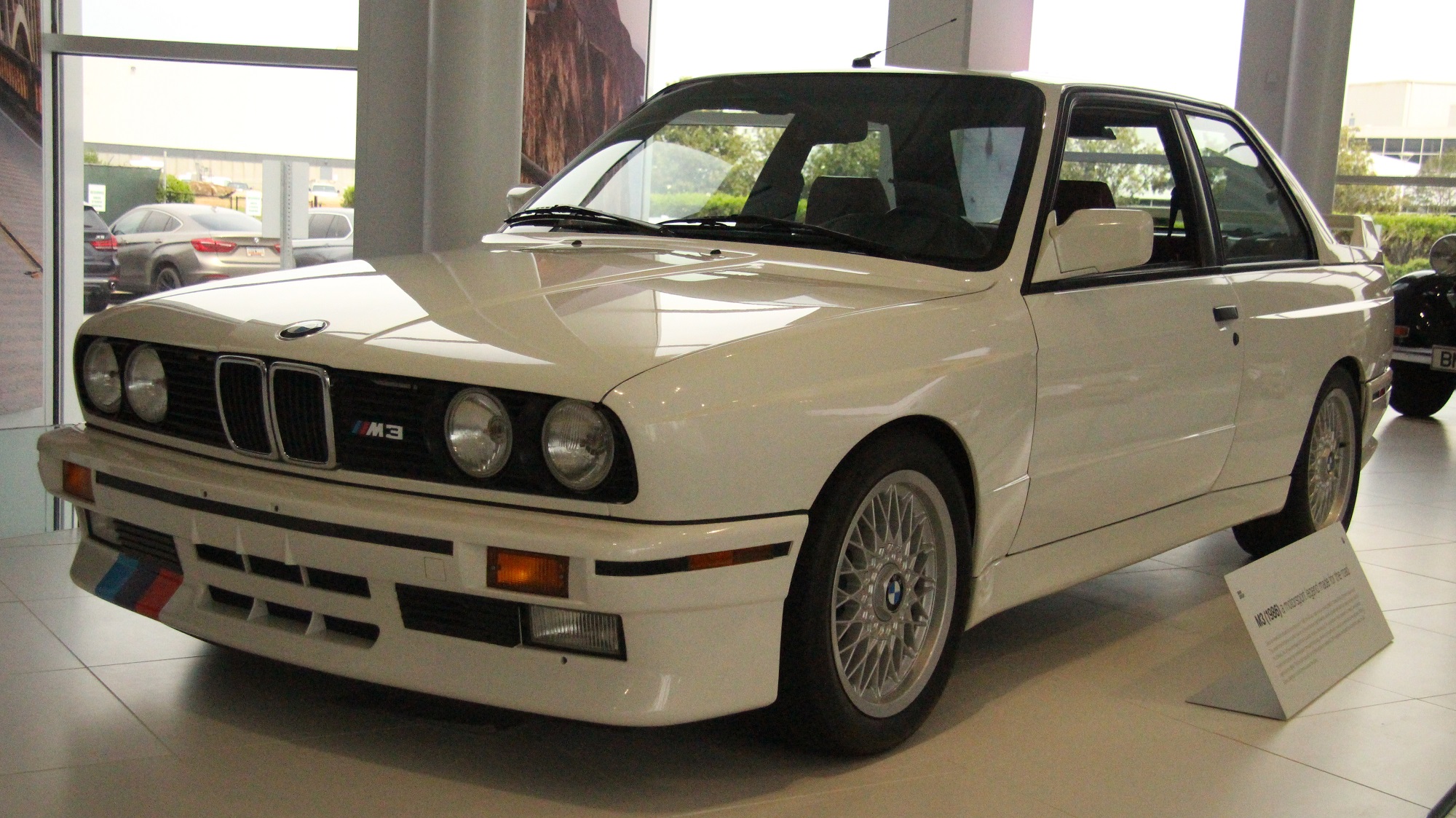 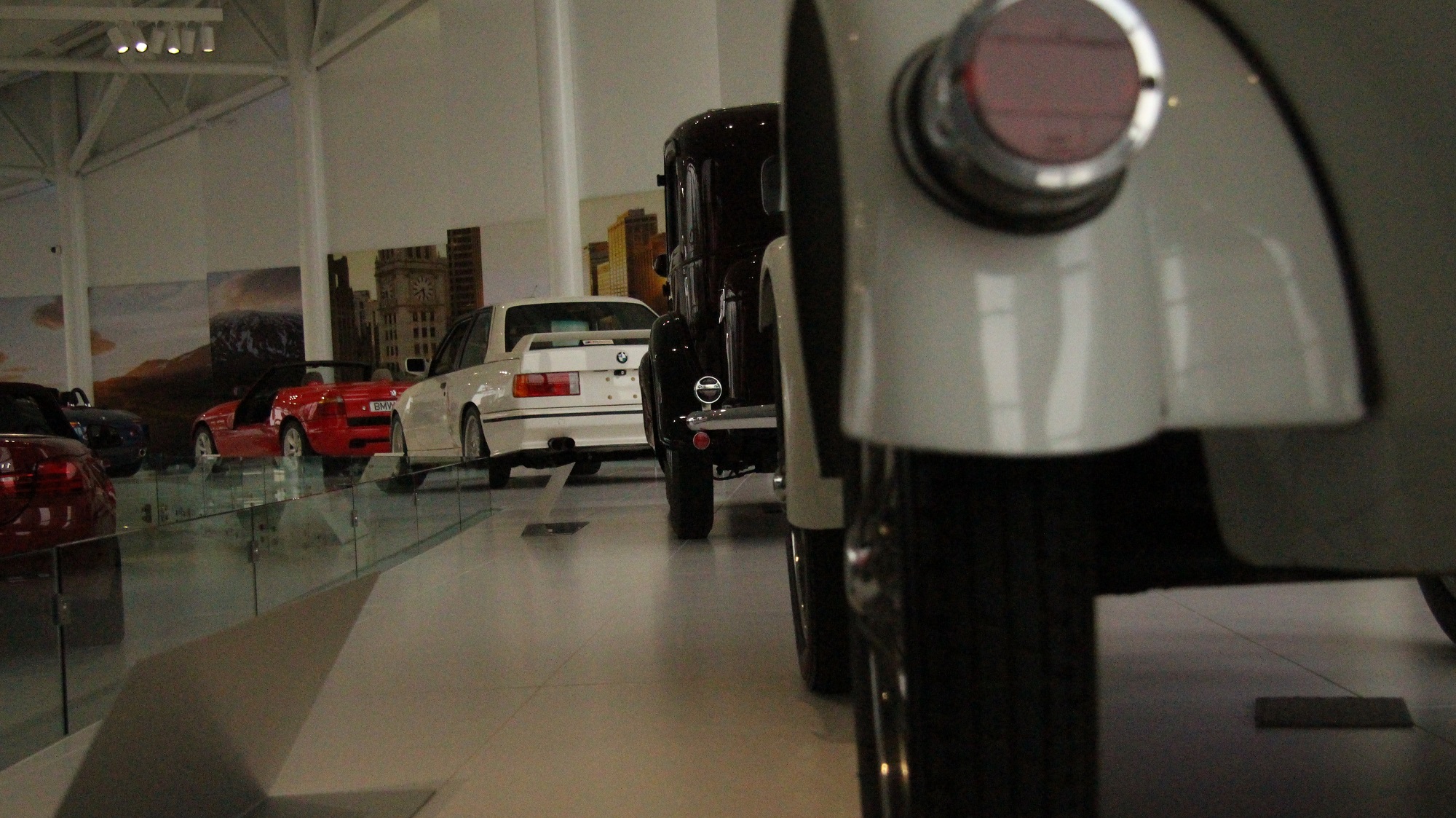 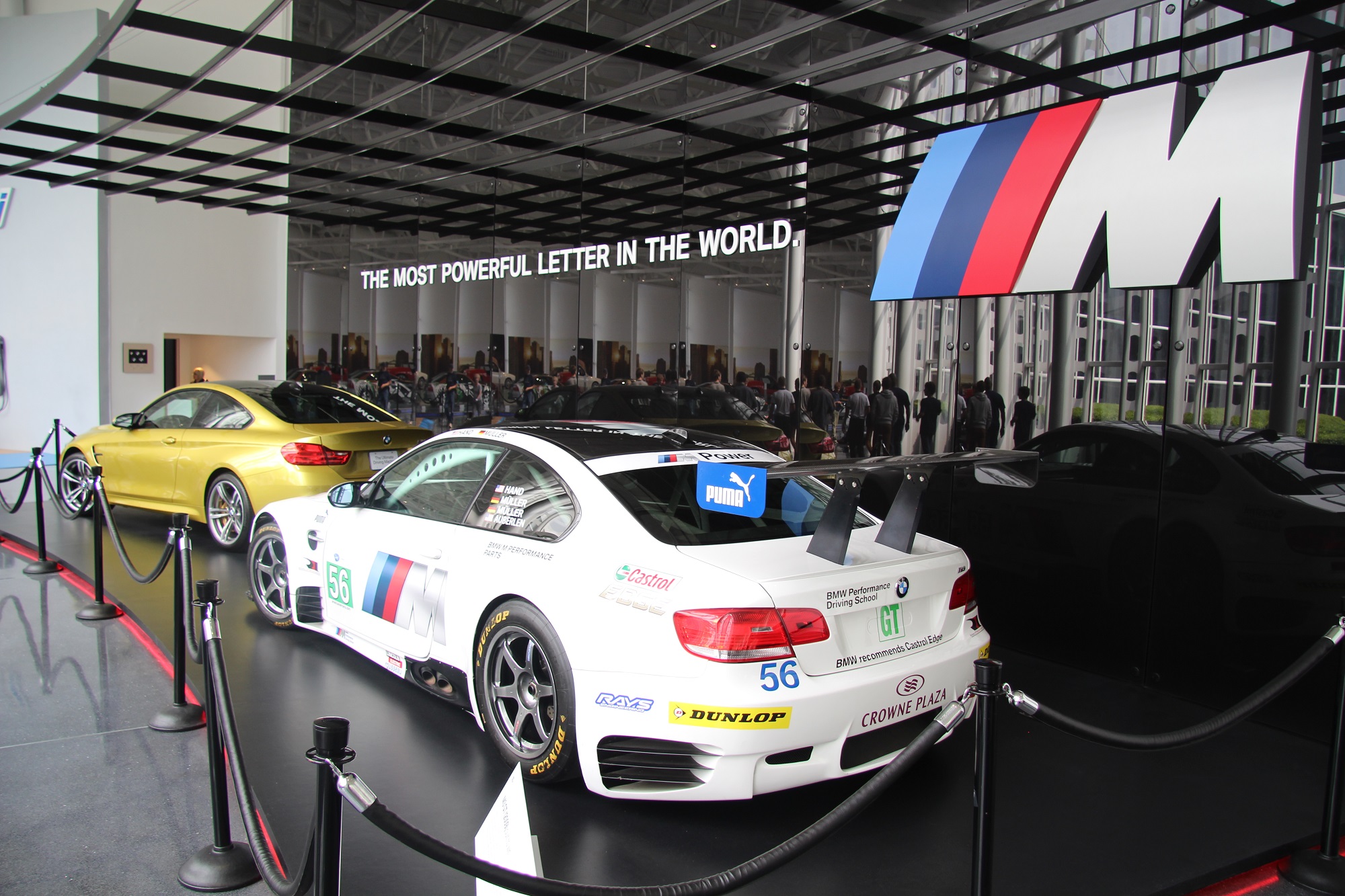 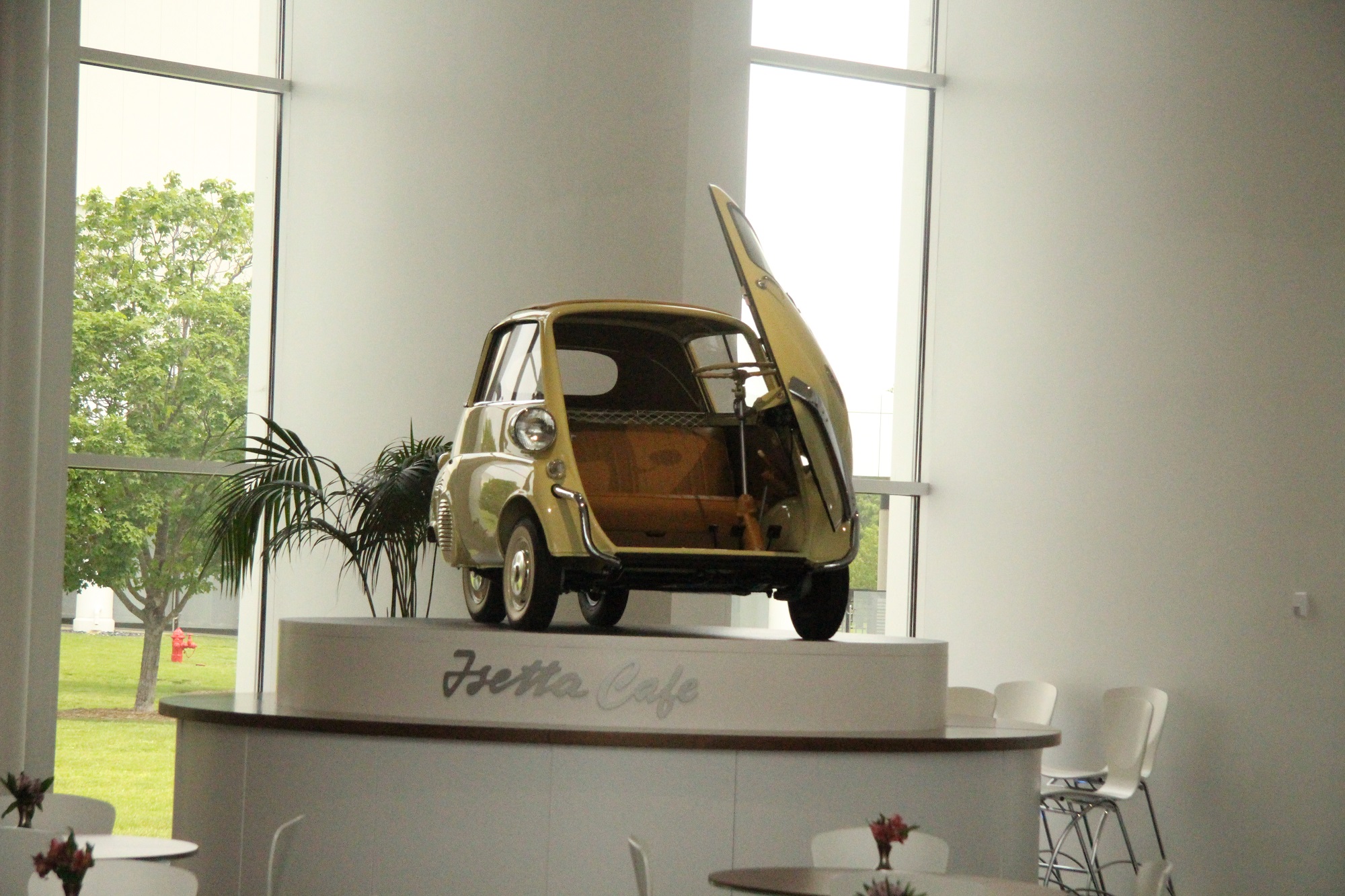 On any other day, the BMW Zentrum would have been a cool stop on a trip like this, but following up the BMWCCA Foundation's display with the BMW Factory's showing, I found it to lack a bit of luster. Luckily the Zentrum is free, because it is a very small collection of cars, and can be ambled through in just a few minutes. The 8-series art car was very cool to see, and there were a few other pieces worth checking out. After spending a week and a half in the cramped confines of a 912E, sitting in a new i3 felt positively spacious. I ended up recommending one to my wife after the experience. Maybe I'm losing it?

The internet is a lovely place sometimes, as through it's wonders I was afforded the opportunity to meet a truly awesome guy, Peter Hughes. Peter plays bass in the Mountain Goats, he occasionally writes about cars, he's got a great instagram (@firebird_man), and he is perpetually awesome. He suggested meeting in Greenville, grabbing lunch at a lovely little place called Tupelo Honey Cafe (which was phenomenal), and heading out for a nice long drive in the hills. He'd never been in a rear-engined Porsche before, and I'd never driven a Saab 900 Turbo SPG before, so we traded keys for the first leg of our drive.

When two car enthusiasts trade keys to their old-baseball-glove-worn vintage cars with 6-figure odometers, a funny thing happens. They aren't exactly excuses, but rather explanations to temper expectations. I say "Oh, the parking brake doesn't work", he says "Oh, you have to be careful with the shifter because it's vague and easy to miss a shift", I say "Oh, the steering shakes pretty bad above 65", he says "It's not as fast as some people would have you believe"... "Trust me, the 912E is slower".

The Saab is a hilarious machine to drive on a nice twisty mountain road. You have to find the correct gear to keep the boost levels up, because otherwise you'll run out of power real quick. Compared to the low slung big-bolster 912's Sport Seats, the Saab's seats feel positively minivan-esque. In comparison with my Porsche, the Saab feels comfortable and quiet, and FAST when you get the boost right. There are a few tight uphill switchbacks that cause me to downshift to second, and I can hear the inside tire let out a pained and elongated chirp when I get back on the throttle. Behind me, Peter has a mile-wide-smile at the tiller of the 912. He says it's a visceral old-school sports car experience. At around-town speeds the 912E is a disappointment with heavy steering and heavy brakes and a heavy clutch, but up in the hills it shines as you begin to find a flow and a rhythm.

At one point we are both surprised by the immense talents of one particular UPS driver that is hustling his big brown truck at a rate not thought possible. We can keep up with him pretty easily, but we're not going slow. At one point our trio of big brown/little Saab/little Yellow Porsche comes up on a new Mk7 Volkswagen GTi, and we're forced to markedly slow our pace until it pulls off to the side. Godspeed UPS driver, Godspeed.

Following a couple of hours running with Peter and the Saab, we go our separate ways, he toward home, me toward a beast that needs slaying. I've never driven the Tail of the Dragon before. I've been nearby, but never been in a position to stop for the drive. This time, I made it a priority. I pull up to the base of highway 129 at 8:30PM and the sun is fading fast. I try not to get too excited by the road, telling myself that it must be over hyped and can't be as good as people say.

It's good. It's a lot of fun, even in a car with 88 horsepower. I'm doing backflips in my head over how exciting and visceral and athletic this road is. I have been on some pretty great roads in California, and this one matches them. Three times I run up on slower traffic, but within a minute they're all pulled off to the side to let me through. I throw them a wave and motor on. I'm sure the emptiness of the road is part of the reason it's so great to drive for me. Once at the top I have to fight the urge to go back down for another run. It's far too dark, and I still have five hours to drive to get to Louisville where my campsite is reserved. Press on. Tomorrow is another day.