Before you die hard Crown Vic Police Interceptor fans start yelling, we feel obligated to point a few things out. The Ford Police Responder Hybrid Sedan is both quicker and more fuel efficient that the prehistoric V-8 Crown Victoria. The PRHS (the name is a bit long) hit 100 mph in 23.1 seconds (zero to 60 mph time not disclosed yet). While the old Crown Victoria was rated at 16 mpg city and 34 mpg highway (so 8 mpg observed...), the Ford PRHS allegedly gets 40 mpg city and 38 mpg highway. You can credit these insane numbers to a 2.0-liter I-4 atkinson-cycle engine coupled with an 88-kW electric motor and 1.4-kW lithium-ion battery.

The real significance of debuting two new pursuit rated vehicles is that they cater to opposite ends of the spectrum. The Ford Police Responder Hybrid Sedan will thrive in city environments while the Ford F-150 Police Responder will happily traverse the more rural districts and pursue the suspect that decides to do a little off-roading. Long story short, Ford has a vehicle for every type of department. 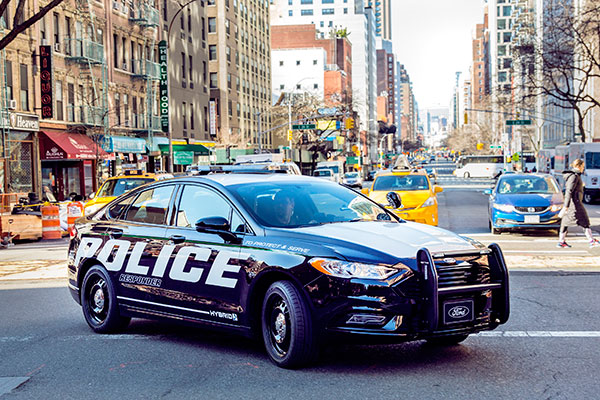 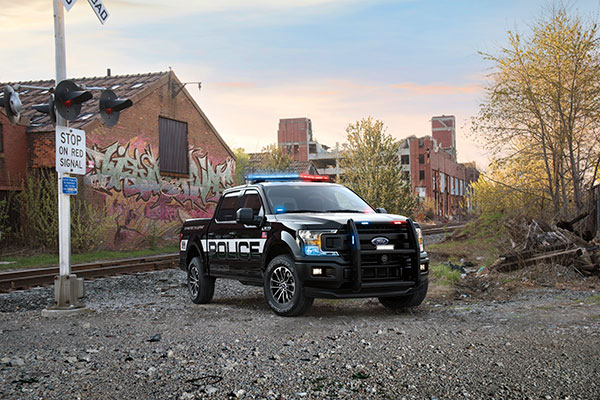