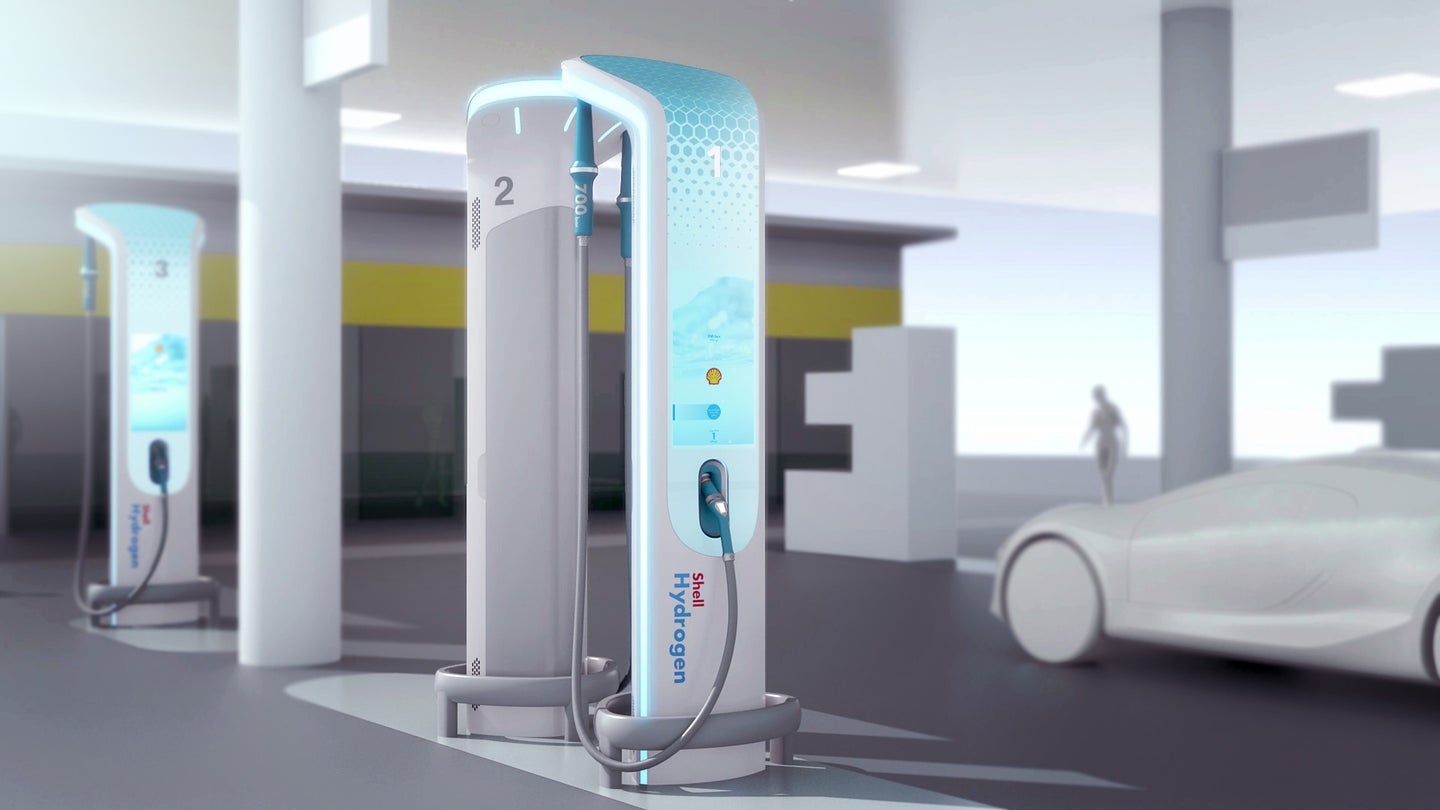 A joint collaboration between BMW-owned Designworks and Shell has given us the hydrogen refueling station of the future. Commissioned by Shell, Designworks has created a sleek filling station design that looks like it was lifted straight out of the movie Blade Runner.

As a hydrogen car driver approaches the refueling station, he or she will be greeted with what BMW calls a "light guidance system" that helps other users clearly see how much remaining fuel time there is, in order to keep the flow of cars moving through the entire refueling station. There's also a screen on the filling apparatus itself that's meant for users to track their own remaining refueling time, the cost of hydrogen, and to check maps and route details.

Sonja Schiefer, Director of the Munich studio of Designworks, said, "Next to enabling product innovation, one of the most important benefits of the Fixstern process is its power to create commitment for a common goal by providing a tangible vision that multiple project partners can work towards."

Of course, one of the main setbacks for the proliferation of hydrogen-powered vehicles is the lack of filling stations altogether—not just the absence of these beautiful, futuristic ones Designworks has come up with. But if and when fuel cell cars become mainstream, at least BMW and Shell seem to have plans to give us cool filling stations for them.