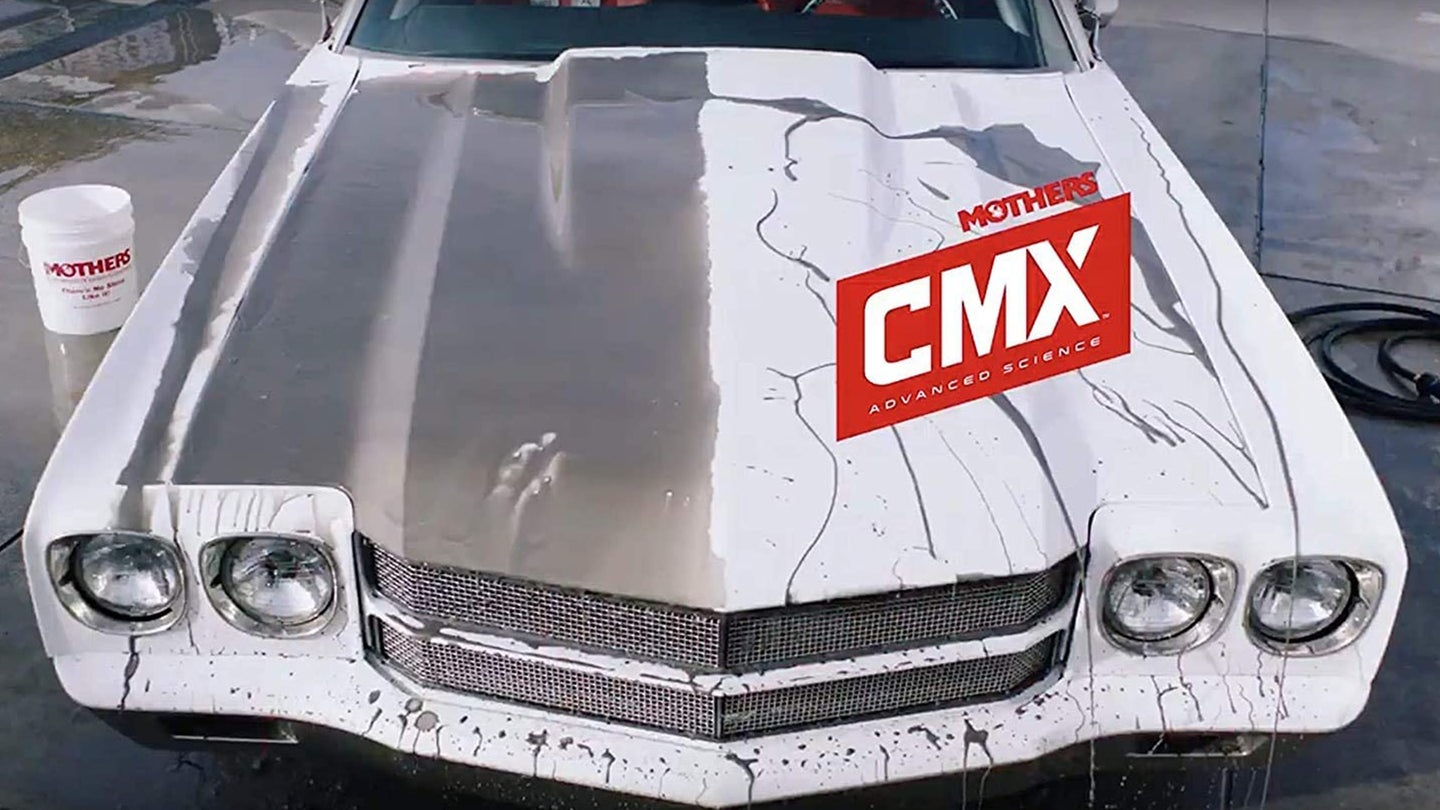 If you've heard about ceramic coatings but haven't yet given one a shot, now is your chance. Mothers CMX Ceramic Spray Coating, which our Carl Malek picked as Best Value in a recent roundup, is on sale right now for a remarkable 36 percent off.

Normally a (relative) bargain at around $22, you can pick up a 24-ounce bottle of Mothers CMX Ceramic Spray Coating at Amazon for just $14!

In our roundup of Best Ceramic Coatings, Malek chose Mothers CMX as the Best Value, noting CMX was typically less expensive than other ceramic coatings. But he also pointed out that its ease of application makes CMX an ideal starting point for those who want to try a ceramic coating on their car or truck, but might be leery of the often tricky process of applying it.

With CMX, the application process is simple: Spray it on, let it dry, and wipe it off. That's it. No buffers are needed, just a bit of elbow grease. Malek said that despite this easy application, "the resulting finish [offers] clarity, shine, and protection." And unlike some other spray-on ceramic coatings, Mothers CMX doesn't need any other products or sealants to ensure a lasting finish.

Spray-on ceramic coatings won't last as long as those from a bottle or tube that are applied with an orbital buffer, but the water-beading and protection is a great investment because once it wears off in a few months (give or take), just spray it on and wipe it off again after your next car wash. Piece of cake.

Yes, you'll have to apply it more often—but at this price, you can afford to!

According to Malek's roundup, "with a ceramic coating for car paint, your car gets a semi-permanent layer of protection that bonds with the paint on the molecular level. That protective layer is tougher than the soft wax and can withstand ultra harsh treatment both from the terrain and the elements. In effect, you’re not just protecting the car paint, but also protecting the body of the car itself against scratches, chemicals, and anything else that gets thrown at it."

So if you've been contemplating getting a pro to put a ceramic coating on your car or truck to protect your paint's finish—or trying it yourself—why not start here? CMX is easy to use and super-affordable, and it should provide lasting, water-beading protection for months.

Read Car Malek's roundup of the Best Ceramic Coatings for Cars here, then head over to Amazon and pick up a bottle (or two) for yourself. Right now you'll save $8 per bottle.

Mothers CMX Ceramic Spray Coating is the best value you can find in a ceramic coating for your car. And right now, it's 36 percent off. Normally $21.99, pick it up today for just $14.99.

Monday Deals: Save on Lifts, Jacks, Racks, and More at Home Depot’s Automotive Deal of the Day

It’s the perfect time to stock up and dial in your garage or home shop for the long, cold winter ahead.

Drab Whip? Chemical Guys Car Wash Supplies Are On Sale for a Limited Time—Plus Deals from Walmart, RevZilla, and More

Save up to 49 percent on auto detailing gear from one of the very best names in the business.

Deals Spotlight: Car Wash Accessories to Save You Time and Money

These three on-sale products will make taking care of your car, truck, or motorcycle a joy—not a chore. Save big today.