The Fusion can be great–if you find the right model and year. 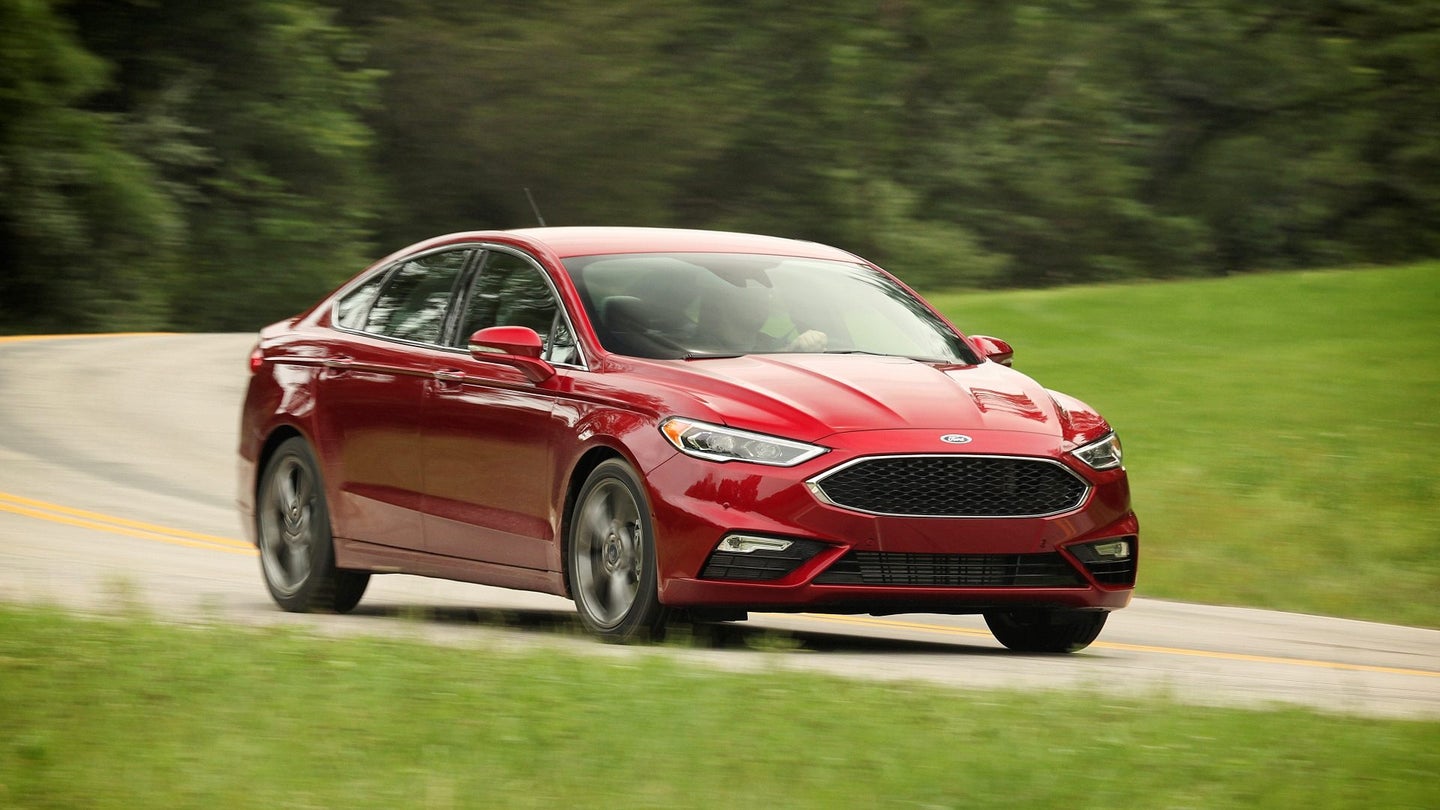 Written by The Drive Staff

Ford stopped making the Fusion after the 2020 model year, but there are several models to choose from on the used market. The Blue Oval offered the car with a wide variety of powertrains over the years, some of which actually deliver on the driving excitement front.

There’s a perception commonly shared on social media that the Fusion, and Fords in general, have issues, but it’s important to remember people are significantly more likely to publicly cry about frustration than talk about everything working well. In reality, the data show that the Fusion’s overall reliability scores are above average to very good in later model years, in some cases. Like any other vehicle, though, the Fusion has its problems.

The Drive’s editors have scoured the internet to find the most and least reliable Fusion models, and have sussed out the details on the most common issues Fusion owners face over the course of their time with the car.

Total internal combustion range: Up to 610 miles on a single tank with hybrid system

Is The Ford Fusion Reliable?

As detailed above, reliability is generally something that depends on the person, the car, and the situation, so we can’t make a definitive statement that the Ford Fusion is reliable or unreliable.

To better assess its reliability, however, we’ve assembled several data points from numerous sources to present you with as much information as possible. Let’s start with common problems, as told by comments listed in the Fusion National Highway Traffic Safety Administration (NHTSA) archives.

As collected by the NHTSA, these are the Ford Fusion issues throughout the years.

We’ve combined these model years, because they are all part of a class action lawsuit over defective steering systems and components. The electric power assisted steering system in these cars, as well as the Ford Focus, caused them to sometimes feel out of control. Ford allegedly knew about the issue for some time and had received hundreds of complaints over the steering system. The lawsuit was allowed to be certified as a class action in 2017 after a judge ruled that the plaintiffs couldn’t prove that all Fusion (and Focus owners) were harmed by the issue.

Beyond this, the NHTSA has recorded 4,551 complaints against the 2010 Fusion alone, and the 2010 model year cars also have a dozen recalls relating to airbags, fuel tank cracking, floor mats trapping the pedals, and other components.

Over the years, tens of millions of vehicles have been recalled due to problems with the airbags, which were manufactured by Takata and known to expel metal debris when deployed. The Ford Fusion was impacted by the massive recall efforts as well, with the 2006-2012 model years seeing multiple airbag-related complaints and recalls.

As with other car brands, not all Ford models are built to the same exacting standards as the reliable vehicles mentioned above. Here’s a quick rundown of problematic Ford offerings, including the issues, customer complaints, and repair costs that will help you make the best decision when purchasing your next car.

Repair Costs: $1,610 average, according to CarComplaints.

“Ford Motor Company has a serious issue with the power steering unit. It's a total defect that has affected many many cars and it’s still under investigation. Ford denies this defect and acts like they have not had complaints with the Fusion 2010 when you speak to them on the phone. I will be taking this to the courthouse if they do not fix my car at no charge.

We as customers should never have to pay for a problem that they created, especially after its been proven as a defect. Ford is responsible for fixing my car as it will be cheaper for them to do so then to lose in court after I sue them and win.”

“Power steering went out in my Ford Fusion today. Took it to the shop and they said they can fix for $2400. They said they have to replace the rack and pinion. Barely made it to the shop, the car was so hard to steer. Definitely should recall. I give up”

Repair Costs: $1,690 average, according to CarComplaints.

“Very upset that a car with 61000 miles needed a new transmission! The money came out of my pocket since I didn't renew my warranty. I was considering selling it.”

“Transmission started slipping on some small hills, RPM up to 6000 at times. Managed to make it home (200KM from when problem started ) There was no warning before it started to slip. If I knew Ford was having problems with this transmission I would have bought a different vehicle.”

Repair Costs: $700, according to CarComplaints.

“I have noticed a leak under my car at around 45,000 miles. I made a mistake in never pointing it out to my dealership... for that, I feel really bad. Or course I heard what was wrong with the car... after it passed the 60,000 mark for powertrain warranty.... during my first oil change after that mark.

Symptoms I can now relate to this issue are: transmission would slip and hard knock when accelerating from near zero while making a turn to the right (e.g. stop and go at red lights).

Web searches show this is a very common issue and many are calling for a recall on the transmission.”

FAQs About the Ford Fusion

Q: Is The Ford Fusion really That Reliable?

A: You’ll hear people absolutely frothing at the mouth over Ford and its perceived lack of reliability, but that’s not the whole story. Despite several issues in older model years, the data reveal that the Fusion, especially in its later years, can be quite reliable. Very few complaints overall and few to zero recalls is a good indicator that the Fusion became a more reliable vehicle near the end of its run on the market, but it may still be too soon to make a definitive call because of how early we still are the model’s lifespan.

Q: Is The Ford Fusion More Reliable Than A Toyota Camry?

A: Long story short, no. The Fusion, though shown to be quite reliable in its later years, is not as reliable as a Toyota Camry. The 2010-2014 Fusions are known to experience serious issues with power steering, and the 2010 model year alone has thousands of complaints that have been logged against it with the NHTSA.

A: Ford engines, like any other engines, last as long as they are maintained and treated well. It’s true that older Fusion models are known to exhibit serious and expensive maintenance issues related to their engines, but a well-maintained Fusion should last well into six-figure mileage numbers.

Q: Is The Ford Fusion overrated?

A: Get past rental-spec cars and there’s plenty to like about the Fusion. Ford offered several powertrains in the Fusion over the years, some of which delivered plenty of power and made the Fusion a reasonably quick car. That said, older model-year Fusions are known to experience serious problems that can be expensive to fix, so it’s more likely that these cars could be considered overrated.