This Bagged C10 at The Beach is The Best 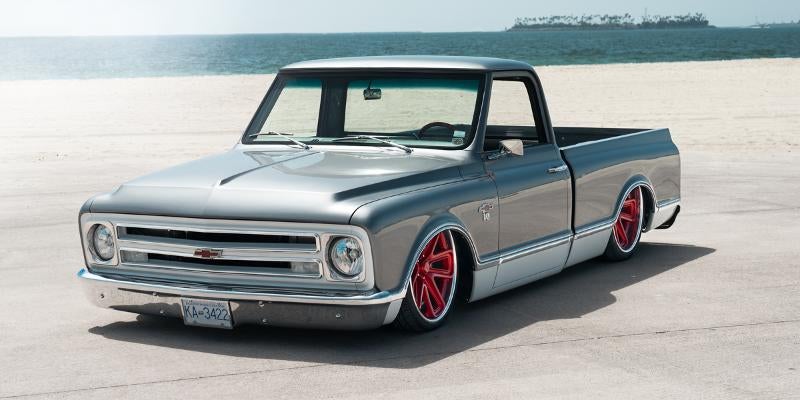 Whether it be via static suspension or on air, old school trucks arguably look the best hovering as close to the pavement as possible. One of the most desired classic rigs to lay low is the second-generation C-10, which a lot of truck lovers have crowned as the go-to platform for lowered altitudes.

Of the second-generation Chevy trucks, the 1968 model is one of the most attractive. Its shape is a bit more rounded than the those later in the production run. With the proper paint job and wheel combination, the early second-generation C-10s are some of the sexiest trucks on the road.

This particular Chevrolet has been treated to nothing but the best in aftermarket additions. Owner, Kyle Williams added an LS3 under the hood, an intricate air suspension from California Rod and Custom and of course, the staggered, 22-inch candy red U.S. Mags wheels. U.S Mags recently produced a photo shoot and video of this lovely, low Chevy and the end result makes you want to sell everything and start building a sweet truck of your own.

For more on the build process of this C-10, it's definitely worth checking out the Instagram pages of the truck's owner, Kyle Williams and the shop that completely the build, California Rod & Custom.