Don't pretend the answer is anything other than yes. 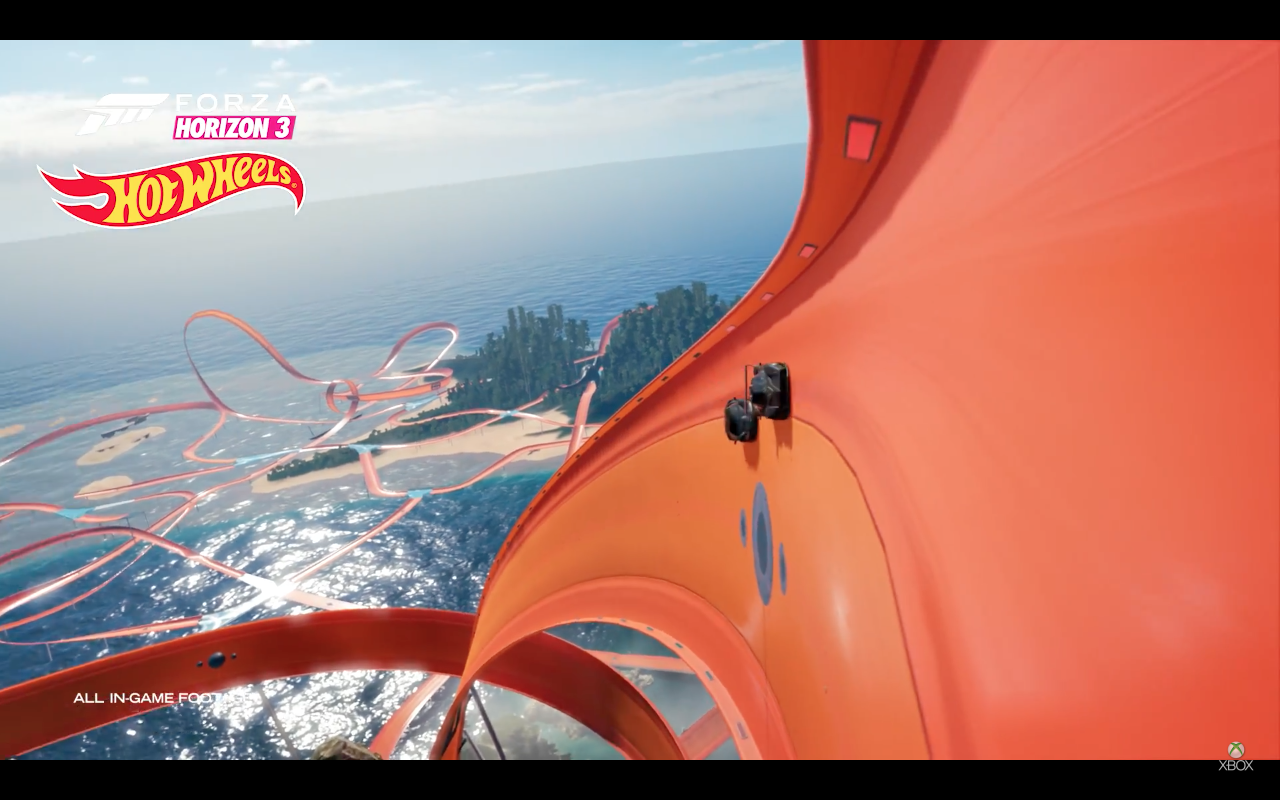 Not everyone grew up with the full suite of plastic track, loops, corkscrews, and miscellaneous accessories available for Hot Wheels toys. I certainly was not fortunate enough to even own a ramp off which to launch my toy cars; I had only the kitchen floor and my imagination with which to make do. As a result, I tried to play with my neighbor's toy cars and accessories rather than my own at any opportunity. This came to an end once I reached the age where imitating car noises while pitching your chipped, dented toy Audi Quattro off a ramp with all the force you can muster became lame.

Fortunately, I need not pretend I no longer have interest in playing with toy cars, nor does anyone else. Playground Games, an offshoot of Turn 10 Studios, is releasing a branded Hot Wheels expansion for their most recent title, the open world arcade racer Forza Horizon 3. They dropped a trailer this morning, showcasing ribbons of orange track, reminiscent of the toys I never had, curling through the sky over Australia. Some of the included cars are returning heroes from the earlier Hot Wheels car pack for Forza Motorsport 6, like the Bone Shaker and Hot Wheels Ford Mustang. The trailer is set to a fast-paced cover by cover band Me First and the Gimme Gimmes.

The action encompasses all that excited us as children when we played with toy cars: speed, jumps, massive crashes, loops, rings of fire, and dinosaurs that eat cars. The fun isn't restricted to the brand's fantasy cars, either. The Pagani Zonda R is shown clinging to the surface of a steeply banked corner several hundred feet in the air, and numerous trucks, off road vehicles, and other sports cars present themselves in the trailer.

The Hot Wheels Expansion for Forza Horizon 3 drops Tuesday, May 9.