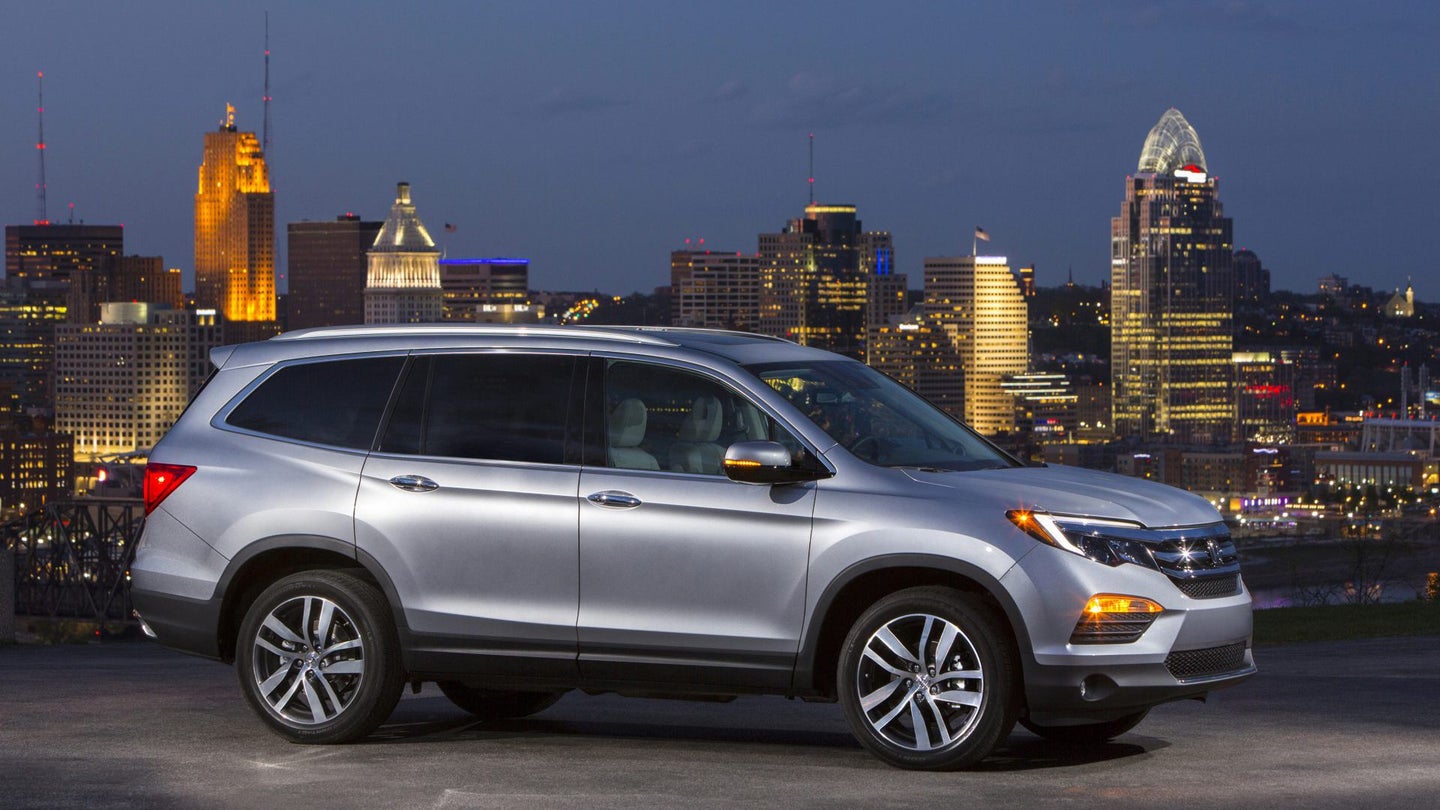 Looks like changes are coming to Honda's crossover lineup. According to a report from WardsAuto, the Japanese automaker is set to introduce a 2-row, short wheelbase version of the Pilot next year, bringing the Pilot range closer to the compact CR-V in both size and price. A shrunken Pilot should cost at least several thousand dollars less than the full-size Pilot, which currently starts at $30,595. This pricing/sizing scheme would mirror that of Hyundai's Santa Fe and smaller Santa Fe Sport. Hyundai decided to give the miniature Santa Fe the Sport moniker to separate it from its full size sibling. Honda might have different plans.

Triggered by the above news, our friends over at Car and Driver did some fastidious digging and uncovered a trademark filing by Honda for the old Passport nameplate dated December 2, 2016. For those that don't remember, the Honda Passport, sold in the 1990s and early 2000s, was essentially a rebadged Isuzu Rodeo and considered Honda's first foray into SUVs. After the introduction of the wildly successful CR-V, Honda's replaced the Passport with the Pilot in 2003 as its bigger SUV option and the two have been mainstays in Honda dealerships ever since.

In the current automotive climate, crossovers are seemingly all the rage and the largest profit churner for many auto manufacturers in 2017. It looks like Honda is following suit by diversifying and expanding their offerings on the crossover front. Will the smaller, 2-row Pilot bring back the Passport badge? Only time will tell.