Someone out there is a good fit for the last of the Korean Buicks. Could it be you? 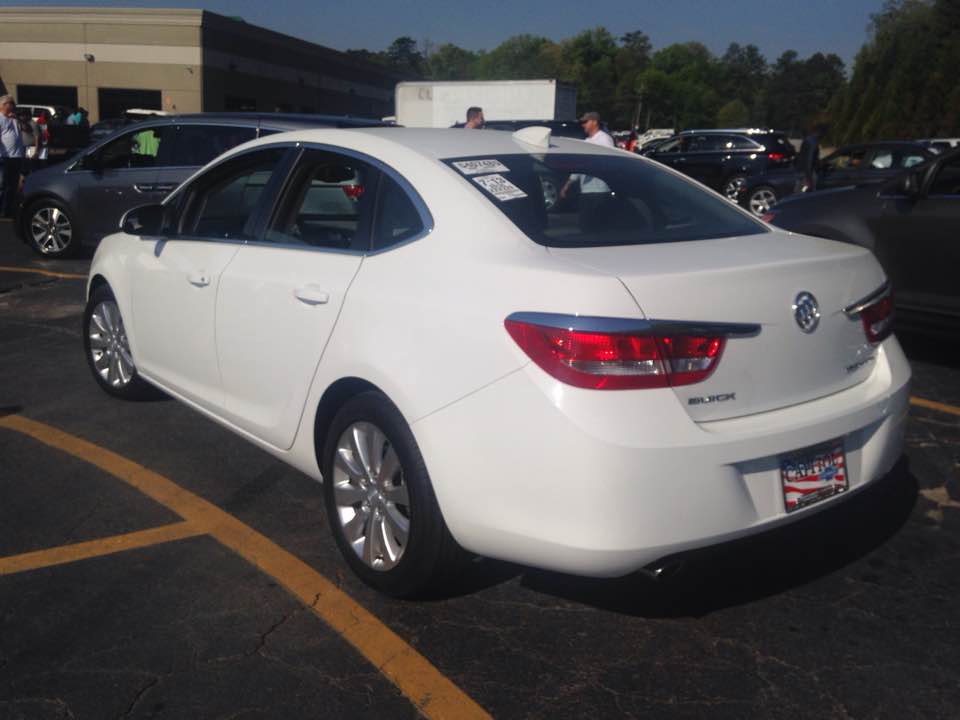 A lot of unsold and unloved 2016 Buick Veranos are headed to the wholesale dealer auctions. Where thousands of car dealers, dozens of auctioneers, and the purest form of capitalism will collectively dictate their final bottom dollar value.

This one stumbled right in front of me as I was trying to buy a mid-spec 2015 Nissan Versa Note with 19,000 miles. At first I wondered where the hell all those zeros went on the Verano's mileage sticker.

Turns out it was the genuine article. A 2016 Buick Verano in base form with previous few miles after spending over a year sitting on a new car dealer's backlot.

Strange as it sounds, those 229 miles weren't even close to the lowest mileage vehicle I have bought at a clean title auction. That honor goes to a brand new 2005 Mercury Monterey with 39 miles that I managed to get for all of $13,800 in the summer of that year - exactly half of the MSRP sticker. Hey! What can I say? Nobody else wanted the Mercury of minivans that afternoon. The Lincoln-Mercury dealer who sold that vehicle was also in deep liquidation mode thanks to Ford's unwillingness to invest in either of those two brands.

There was one other low mileage car that, if I had been a keeper instead of a dealer, I would have held on to for quite a while. A 2004 Chrysler PT Cruiser with a 5-speed and 197 miles.

A what? You heard me! This one was an estate vehicle which sat for two years with plastic covers protecting the seats. I bought that one for only $7000 and I thought it was just a fantastic deal for the time. Since brand new ones were getting sold for nearly twice that.

The 2004 models hadn't quite gone through the decontented ringer that was Daimler and Cerberus ownership, and these models in near-base form lent themselves very well to cheap upgrades. Yeah, I know they're not popular with the gearhead poseurs out there who follow the automotive fashions of the moment. 450 horsepower cars and all that sensationalist crap. But hey. Sometimes you just love what you love because in the real world, it's a damn good thing to love.

That brings me back to the Verano. Would you buy a near-new one for $16,000? Or, if you had only other choice in the world, would you opt for this instead?

Sometimes we just love what we love. Or like what we like. What's your verdict? Verano or Versa?