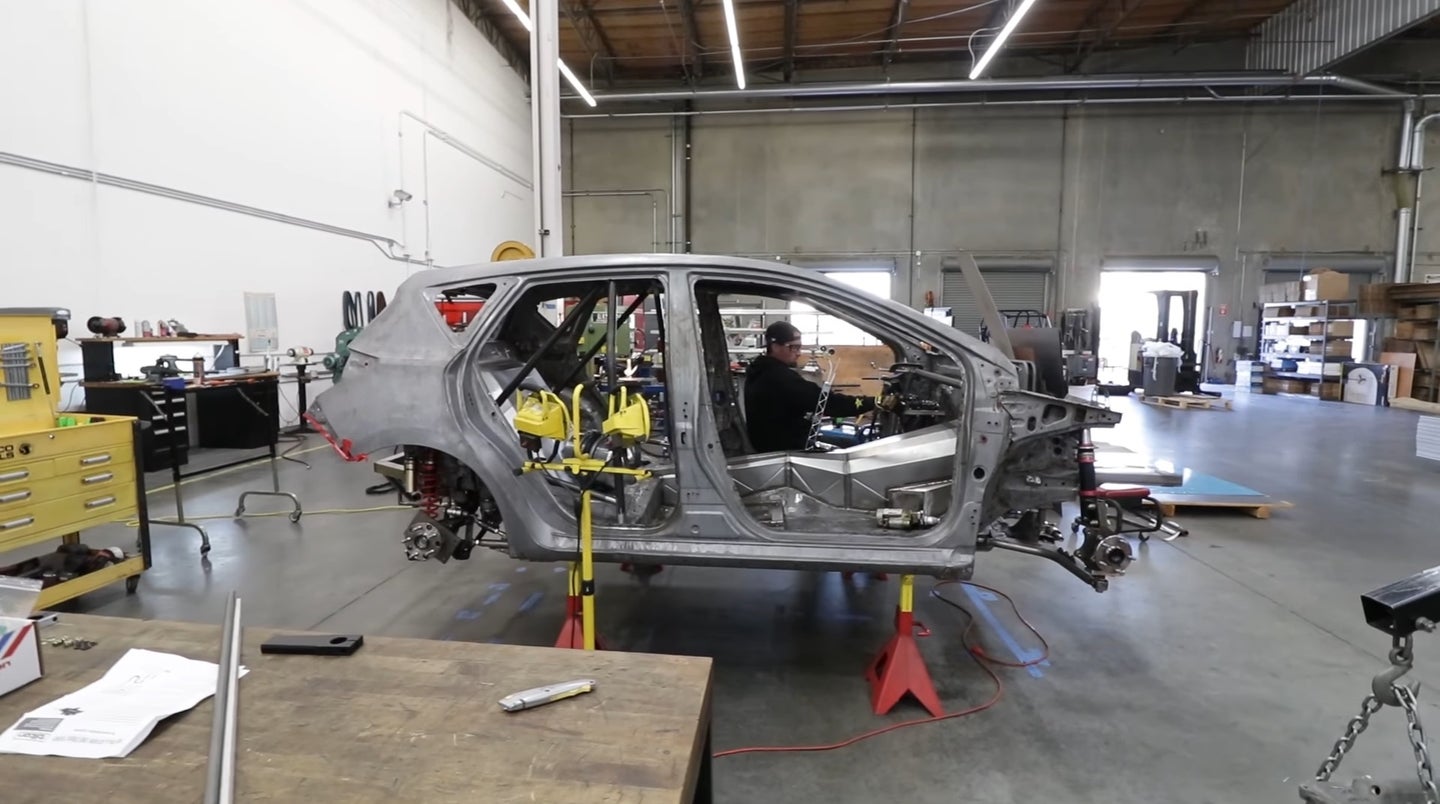 The 2017 season of Formula Drift will finally kick off at the Streets of Long Beach this weekend and not only will we get to see high-powered, close-proximity tandems once again, but we will also get to see some of the new cars the teams will be fielding this weekend for the first time.

Over the weekend, YouTube channel Speed Academy shared their visit at the Papadakis Racing Shop, where Fredric Aasbo of Rockstar Energy Drink's car is being built. The 2016 Formula D championship title runner-up fielded the Formula D grid in a Scion tC in the past, but with the end of the Scion brand in North America, the team decided it was time to bring something completely new to the table – a 2017 Toyota Corolla iM hatchback.

Like the tC before it, Fredric Aasbo's brand-new competition car started off as a front-wheel-drive compact and it's obviously not exactly the kind of car we have in mind for drifting. Which means in order to make the car Formula D ready, the first thing Papadakis Racing had to do was completely overhaul the drivetrain.

In fact, shop owner Steph Papadakis confessed the whole car had to be overhauled. After buying a stock Corolla hatch off the dealer lot, the car was completely stripped before it was sent away for a chemical dip. Only when all the paint and underbody coating completely removed from the iM could the team at Papadakis Racing begin to refabricate and weld on components that enable the car to meet Formula D spec. Of course, a full roll cage and custom bracing is welded to the interior, firewall repositioning, rear-mounted radiator setup, as well as brackets made specifically for Fredric Aasbo's seating position.

As per what the Formula D regulation permits, everything that extends behind the suspension points can be altered, so Papadakis Racing chops everything away to create more modular components that can be swapped in the event Aasbo's iM is damaged in competition.

Back to the Corolla iM's FWD drivetrain – in order to make the hatch drift-worthy, Papadakis Racing created a complete one-off RWD conversion that involves rotating the Corolla's factory transverse engine set up to longitudinal, and mating it to a NASCAR gearbox. Why didn't the team just take an LS small block V8 motor off the shelf, like the majority of teams competing in Formula D? Well, when the team ran its new tC for Aasbo in 2011, Scion asked the team to retain some of the car's "authenticity" by keeping its engine. After six seasons of fine-tuning, Papadakis claims its stroked 2.7-liter turbocharged four-cylinder can reliably produce 1000 hp.

Also be sure to check out Rockstar's Initial D-inspired promo video, complete with ever-intensifying Eurobeat: