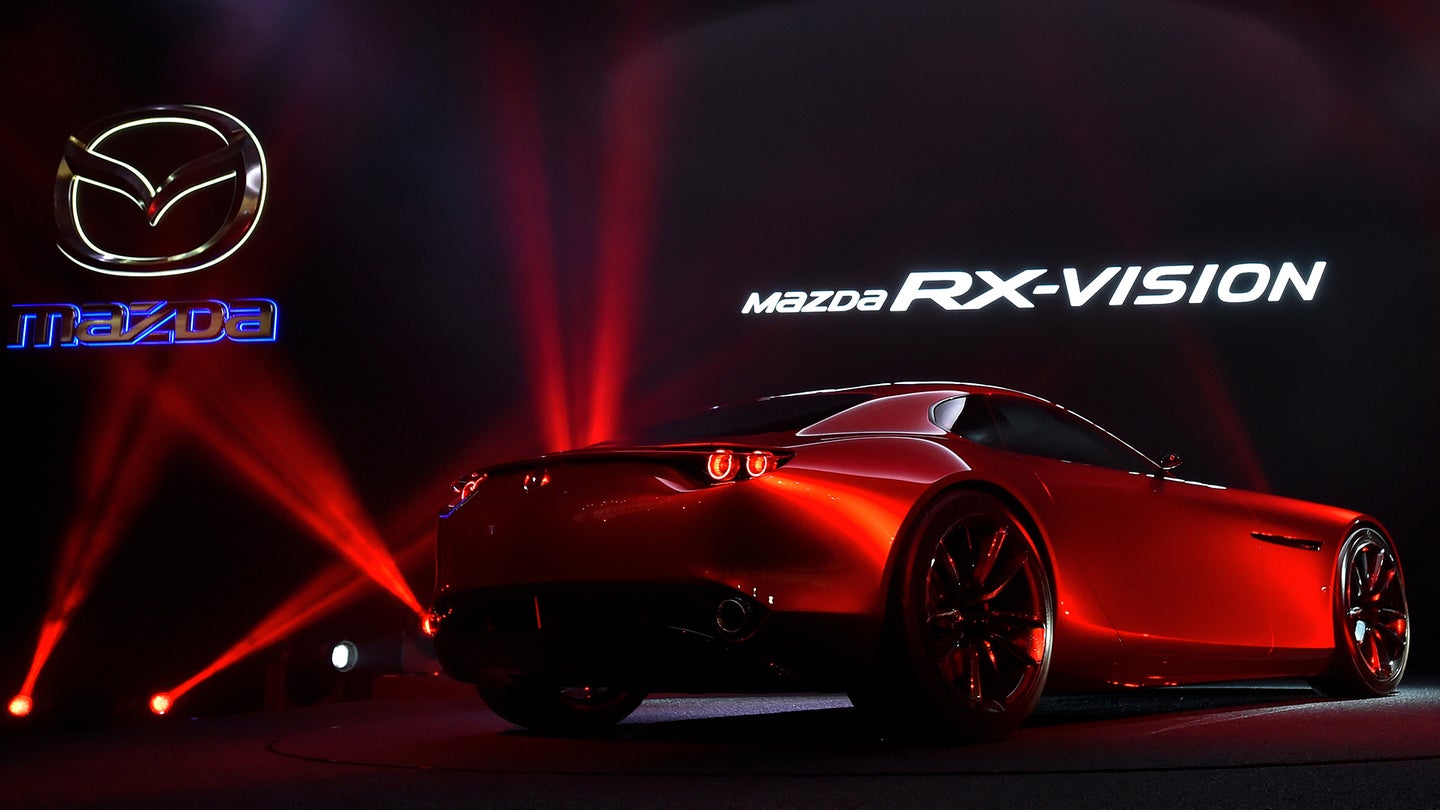 Rejoice, Wankel fans—Mazda is thinking about bringing back the rotary. Granted, we've been down this road before and nothing came of it, but this is a different story. The rotary motor likely isn't going to power a rear-wheel-drive sportster in the near future, but intead a series of hybrids, according to the patent that Mazda recently filed.

Once a screaming heart that last powered Mazda's Rotary Experiment (RX-7 and RX-8) line in 2012, the motor may soon provide power in the form of an electric generator to future hybrids in Mazda's lineup. Likely, the decision was driven by the rotary's small footprint, often being less than 15" tall and wide. Mazda once touted a very similar configuration with the Mazda 2 RE, a "Range Extended" hybrid powered by—you guessed it—a tiny rotary engine. The car's accessory motor spun a generator used to charge the car's battery via its belt driven 333cc accomplice which made a mere 38 horsepower.

A second patent filed described a starting/stopping functionality of the motor. Much like how modern cars use start-stop technology to save fuel, the rotary would load fuel into its combustion cycle and stop at just the right time to wait for ignition. Then, when the motor is prompted to start again, the fuel is ignited and the combustion process continues.

It appears that this is about as good as we're going to get for a new rotary-powered car in the Mazda lineup, as CEO Masamichi Kogai has expressed no interest in building a sports coupe aside from than the MX-5.

Don’t Expect to See Any Rotary Cars for a While By Caleb Jacobs
Mazda Taunts us With the RX-Vision By Caleb Jacobs
Going Deep With Mazda’s Tokyo Show-stealing RX-Vision Concept By Brett Berk Posted in Test Drives
This 700-Horsepower Mazda RX7 Is Your Daily Dose of Rotary By Caleb Jacobs Posted in Watch This
Is Mazda Laying Groundwork for a High-Tech Rotary Engine RX Car? By James Gilboy Posted in Tech
Here, Have Some Mazda 767b Wankel Rotary Racecar By Max Prince Posted in Motorsports
MORE TO READ