The Differences Between Inline-Six and V6 Motors

Find out what makes them both tick and torque their way to manufacturer's hearts. 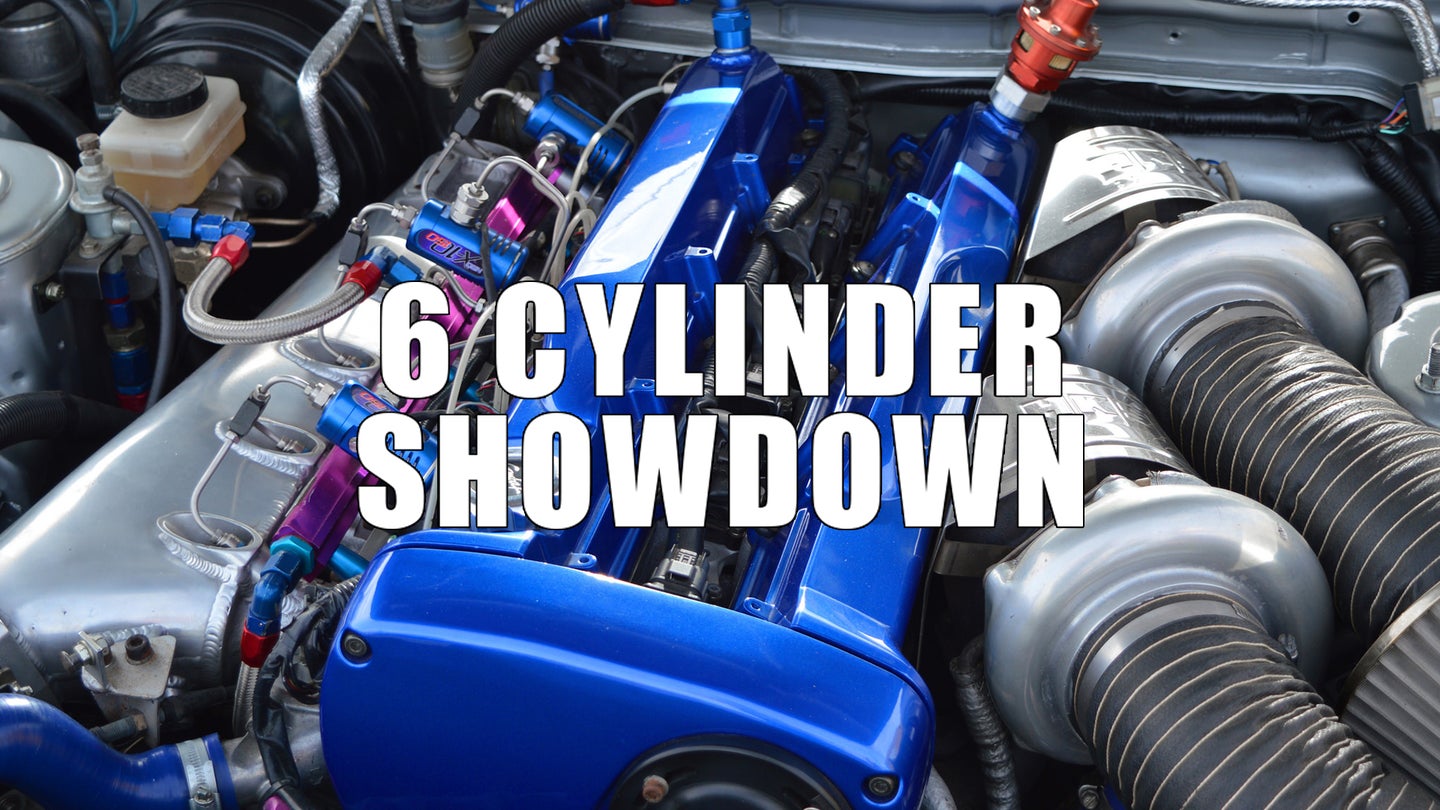 It's battle of the six cylinders! In the left corner, former torque champion and motor of choice: the inline-six. In the right corner, reigning champ and space-saver extraordinaire: the V6. Two enter, but only one will leave as champion. Watch as we explore the two configurations to find both their weaknesses and where they possess strengths so that you can decide for yourself, which is the better motor for you.

Birthed by none other than Spyker in 1903, the inline-six quickly became popular with many manufacturers. In 1933, BMW picked up the configuration and introduced their first inline-six to the world. In the 1970s, BMW planned to use a higher displacement V8 engine, but opted to continue using the proven motor setup instead as oil prices rose due to a shortage. The manufacturer still continues to use an inline-six in their production cars to this day.

The inline-six is regarded as a supremely well-balanced motor. Because the motor is an inline configuration, there are no disruptive vibrations from banked angles. Unlike a v6, counter weights are needed to provide balance for a piston which might traveling in an unbalanced motion due to its banking position. The illustration below shows that given piston always has another piston on the opposite side of the motor performing an identical motion on an opposite stroke. Also, it sounds phenomenal.

What makes inline-six motors so desired by enthusiasts has a lot to do with the chassis which they were delivered in. One of the most iconic tuner examples is Nissan's Skyline. It sported the inline-6 RB platform from the first Skyline GT-R (C10) throughout the end of the R34 production. It wasn't until the R35 that Nissan made the change to a V6 configuration.

As cars became smaller and budgets became tighter, the V6 became the configuration of choice. Manufacturers like Jaguar could (quite literally) chop up an existing V8, add some smaller cylinder heads, a few counter weight to account for the empty space that pistons used to balance, and have a motor with two less pistons that fit in the same compact package. Unfortunately this method of design is inherently flawed, as pistons still remain at the same angle as their V8 parent. This becomes problematic because the tighter angular momentum of 90-degree arrangement in the V8 makes for a rougher V6. Ideally, each bank should be offset an additional 15-degrees (making for a total of 120 degrees of separation) for optimal efficiency and overall harmonic balance in a V6. Toyota pulled this off extremely well in their GR-family of 3.5l V6 motors.

As efficiency and space constraints of compact cars became a focus in the market, the V6 rose in popularity. "Egads!" the engineers exclaimed. "You can fit turbos in the space below the cylinder heads!" The enthusiasts rejoiced as their compromise turned into something much more fun than a run of Yamaha motors in Ford Taurus station wagons. Today, cars like the Nissan GT-R and Alfa Romeo Giulia Quadrifoglio cram twin turbochargers on either side of the motor, nesting them in nooks created by the "V" configuration to help make massive power. But again, this is a trite compromise for a motor that takes more work to balance. We will admit that the sound is great, maybe even comparable to a pocket-sized V8.

More recently, manufacturers like Mercedes-Benz have begun to ditch the V6 in favor of the classic inline-six (which it hasn't done for nearly twenty years). Jaguar is also setting their sights on a new inline-six for their fleet, and GM is looking to put one in their light-duty trucks as well.

Still interested in a great explanation of the two motors? Watch the video below and enjoy some new knowledge