The Poverty Tax: How One State Plans To Make The Car Poor Pay More

Fresh off a $400 million tax hike for used car owners, one state is about to target the poor for over $200 million more. 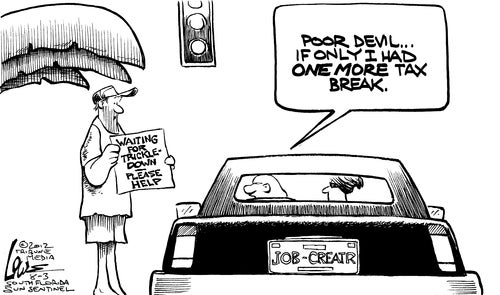 Imagine you're finally about to buy the car of your dreams after working hard for many years and saving up a healthy nest egg.

You go for a drive. Love it. Sign the bill of sale, and head out to the local government office that will issue you a brand new title in your name.

A few years ago that title would have only cost you $18. Today, it can easily cost a resident of Georgia over $1,000. Thanks to a bulked up Title Ad Valorem Tax that the state of Georgia is now going to use to destroy the financial foundation of anyone buying a moderately priced used car.

They got away with more than that. Those of us who lease our vehicles, and now wanted to buy that vehicle after the lease was up, were now liable to pay that same tax twice. That $700 would become a $1400 suckerpunch for those of us who decide to become long-term owners instead of perpetual debtors.

By early 2017, these new taxes had easily grossed the state of Georgia an extra billion dollars and change in additional revenue. If you thought that wasn't enough, you would be right on the money. The legislators in Atlanta were getting ready to wield yet another tax on top of that 75% tax increase.

A de facto one party government. When you have one political party that calls all the shots, it's far easier for a lobbyiing organization to pay off those who write the legislation. In this case, it's a unique type of scumbag organization that has successfully lobbied for all these fees on used cars.

The Georgia Automobile Dealers Association. Those financially gifted corrupt lowlifes who wouldn't let Tesla sell more than 150 cars in the state of Georgia annually. This legalized monopoly, affiliated with the National Auto Dealers Association that wanted to ban Tesla from creating their own dealerships, has operated in our state like a legalized theft cartel. Thanks to a long list of so-called Republican lawmakers that have taken money from the organization and done their devilish bidding to screw the common citizen.

In the most recent tax bill, House Bill 340, that Georgia resident who paid $400 back in 2012 on a $10,000 car will now pay $919. The snakes who inflict bogus fees in the hundreds of dollars now want residents to pay tax based solely on the states pre-determined value of the vehicle. In this case, the state now values that five-year old Camry at $13,100. There are no mileage adjustments, No adjustments for features and options. Just a big fat fee that must be paid in 30 days.

This type of legislation has been designed to favor only one type of customer. The lease customer. Instead of paying an extra $919 up front, this amount can be rolled into the lease price so that the owner can pay for it little by little. That's not really for their benefit. It's for the new car lobbyists whose dealers will now get more lease customers since it cost so much more money to buy a car.

Sometimes poverty is sponsored by the government. This is one of those times. By the way, there are now  49 other states that can easily do the same thing. How does your state handle the lucrative taxing of used cars?