Mighty Car Mods and movie car coordinator Dennis McCarthy gives us a closer look at the star cars of 'Fast and Furious 8.' 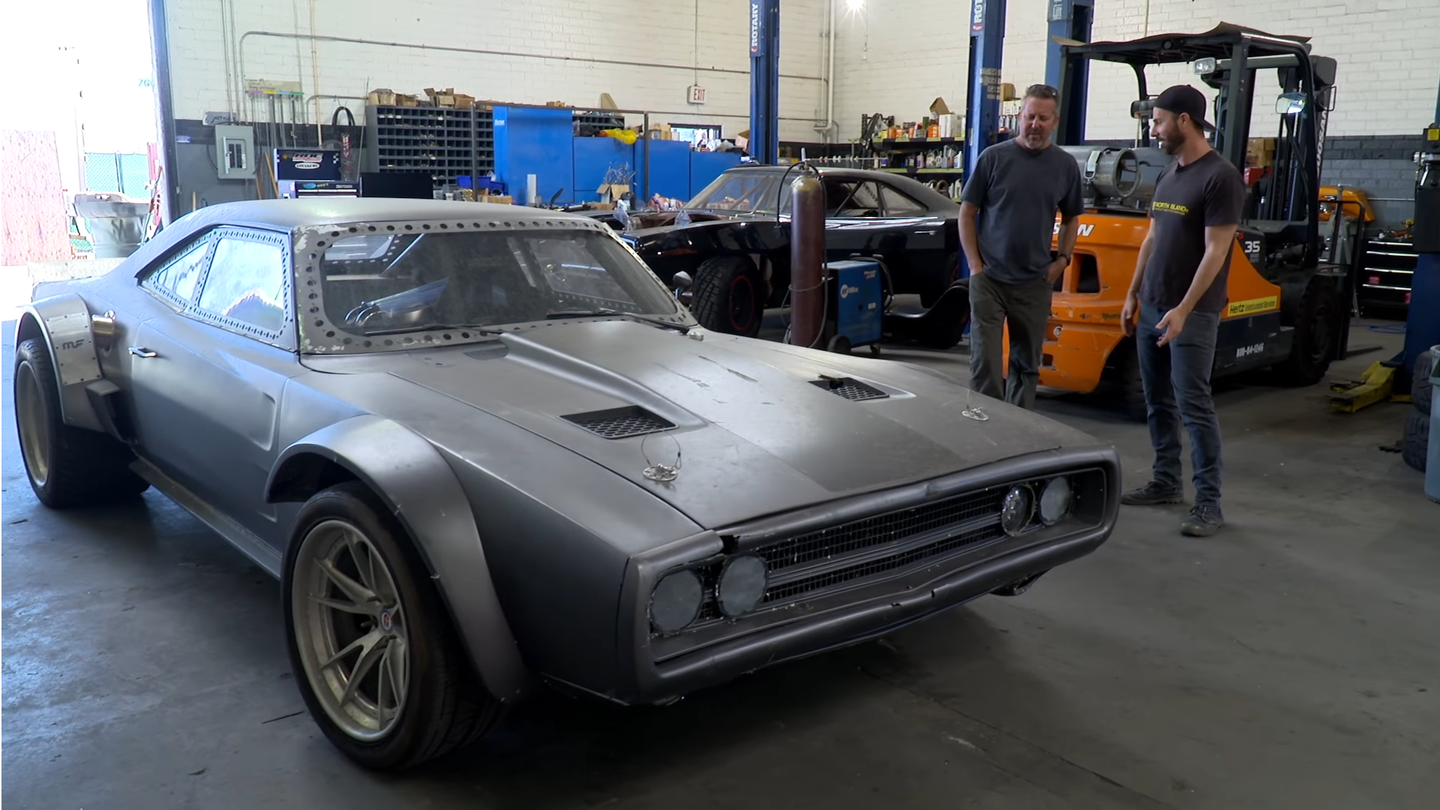 We're just a little more than a month away from The Fate of The Furious release date on April 14, but Marty and Moog of the YouTube channel Mighty Car Mods stopped by the garage of movie car coordinator Dennis McCarthy to give us an early preview and a whole lot of behind-the-scenes insight into the vehicles that will appear in what's shaping up to be one of the biggest movies of the summer. We've already seen many of the star vehicles in the official Fate of the Furious trailer, including Lettie's  1966 Corvette, Dom's 'Ice' Charger, the blue Rocket Bunny BRZ and more.

Check out the video from Might Car Mods below:

While the movie cars looked shiny and badass in the trailer, they tell a different story from up close. In total, Dennis estimates the number of cars built for Fast 8 are well over 300 within a six-month period, which means there's hardly any time to build each car beyond compulsory aesthetic changes for movie magic and basic drivability requirements necessary for the stunt team. Besides, given that more than half the vehicles will be wrecked by the time filming is over, building to SEMA show standards just wouldn't make sense.

The first car that Dennis shows Moog is the wide body Subaru BRZ, complete with widebody flares with hastily prepped paintwork, cheap mesh grille and missing trim pieces in the interior. Still, McCarthy and his team made sure to put in the work where it matters – full roll cage, racing harness, and hydraulic handbrake to allow the stuntmen to do their jobs safely.

Next, some may recognize Letty's badass Vette as the notorious pro-touring '65 Corvette owned by Brian Hobaugh. Dennis actually did borrow Hobaugh's Vette to mock up the wide body fenders, but the rest of Letty's car was essentially a junk barn find with severe rust damage that required a lot of structural reinforcement in order to get it ready for shooting. Time limitations once again dictated the quality of the build, which means Dennis and his team didn't waste time cleaning up the fiberglass or painting the door jams and under the hood. The car didn't come with a motor either, so Dennis also had to order a 400 horsepower Chevy crate motor on a 4-speed automatic transmission to get the car going. Other mods include power steering and Wilwood power brakes to get the car perform well enough for the stunts.

Moving on, we arrive at the '51 Chevy made for Dom's race in Cuba. Unlike the Vette or the BRZ, this rat rod is intended to wear its flaws on its sleeves. Dennis spills some spoilers (which you can watch for yourself in the video above), but essentially this Chevy plays the role of the "underdog" in the race. In order to squeeze every ounce out of the old Chevy coupe, Dom rips away the steel sheet metal to lose as much weight as possible and sources a number of go-fast parts from unlikely places. It's definitely a fun car for the movie, even though Dennis was quick to admit that the turbo setup on the engine is fake. Turbonetics supplied a pallet of hollowed out turbos for the movie.

Finally, Dennis brings us around Dom's "Ice" Charger, which is a wild widebody Dodge Charger with an LS motor and an AWD setup. Dennis pointed out that the latest Charger for Fast 8 is clearly influenced by the design from Ken Block's Hoonicorn wide body '65 Mustang notchback. That said, the team took the idea even further in order to create a car that matched Dom's persona as well as appear functional on a gigantic frozen ice lake. Dennis' team shoehorned a 550 horsepower LS motor as close to the firewall as possible in order to make room for a driveshaft to deliver power to the front wheels to accomplish the AWD setup.

What are your thoughts about some of the cars in Fast 8? Are you excited about Dom's Ice Charger? Disappointed about Lettie's '65 Vette? Let us know in the comments section below