The #DodgeDemon will be able to go from straight-line speed machine to winding road terror at its owner's whim. 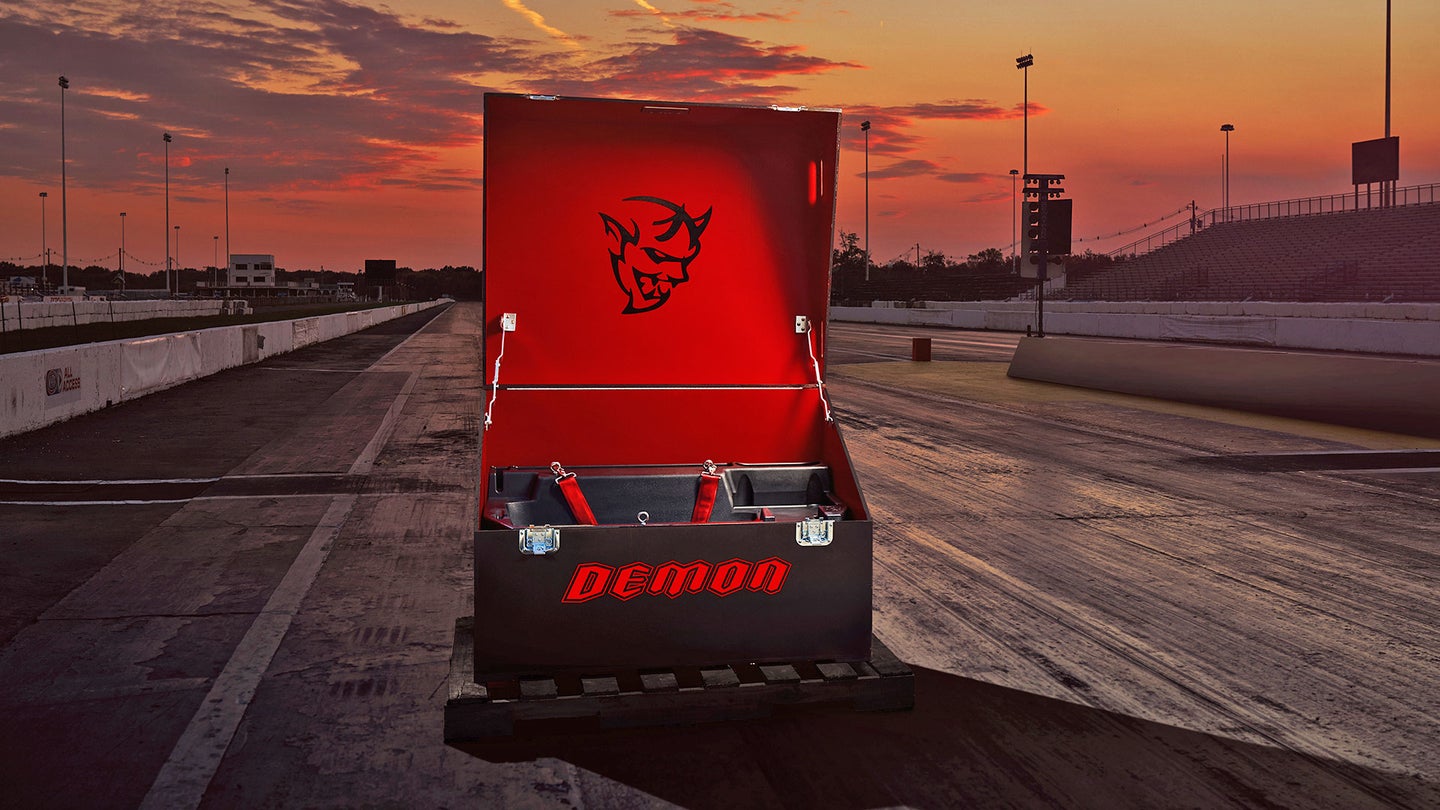 It's a Thursday in early 2017, and by now, you should know what that means—it's time for Dodge to release its weekly Challenger Demon teaser video. Today's installment, dubbed "Crate," may not be quite as illuminating as some of the previous installments...but the press release Dodge dropped alongside it does reveal a few exciting details about the Hellcat's new brother.

The Dodge Challenger Demon will be very customizable

In an unusual move, the press release acknowledges the automotive media's curiosity as to whether the new Demon will only have space for one. "[The] general consensus seems to be that the Challenger SRT Demon is a single-seat, gutted-out, purpose-built drag car," Dodge says. "But this week’s teaser video starts to bring the Challenger SRT Demon’s true mission more clearly into focus."

As such, every example of Dodge's new muscle car will come with a custom-painted "Demon Crate," filled with 18 components designed to take advantage of the car's flexibility: spare wheels, track tools, and the enigmatic "Demon Track Pack system" and "Direct Connection Demon Performance Parts." What exactly do those contain? Guess we'll have to wait until another Thursday to find out. But you can take your own guesses after watching the video below.

Dodge also announced that each Demon will come with a customized nameplate, as typified below. "Nothing is a coincidence and everything means something," the carmaker said in its release, so make of that—and the video, and the plate below—what you will.