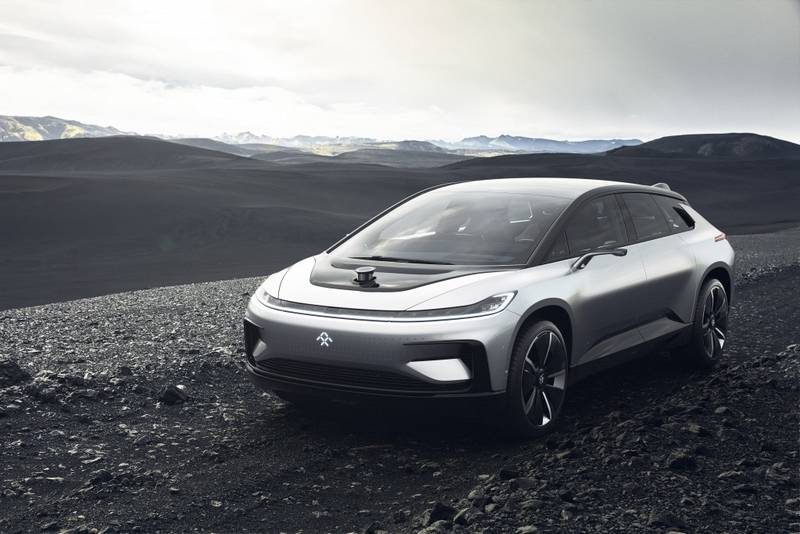 The saga of Faraday Future could fill a book, but every story needs an ending. Here’s one: Jia Yueting, CEO of LeEco and Faraday’s primary investor, just leaked the price of the FF-91, their first production vehicle.

I’ve said all along that Faraday’s problem isn’t their financing, it’s the car. I was wrong. It’s not just the car. It’s the management that demanded this Chinese Homer, a cost-no-object vehicle incorporating a laundry list of every conceivable feature except common sense. That decision could only have come from one man: Jia Yueting himself. In no universe would any of the auto industry veterans he hired approve of this monstrosity.

Faraday calls the FF-91 calls it "the first of its species", but what is it really? As SNL’s Stefon likes to say, this vehicle has everything. It’s faster than a Ferrari. It has more range than a Tesla Model S. It handles better than a Model X. It has LIDAR, 30+ cameras, radars and sensors. It’s connected. It can park itself.

The funny thing about innovation is that eventually you have to bring a product to market that people actually want to buy. The FF-91’s problem is that in trying to outdo everyone at everything, the package grew into something no one wants, which is a minivan. It doesn’t matter how good your minivan is. You can’t launch a luxury brand with a minivan. Nobody wants one. They need them. And needs are met at the lowest possible cost.

But wait, Alex! Faraday claims it’s “the first of its species.” It can’t be judged by traditional means! Actually, it can. Let’s look at the universe of 5-seater vehicles that might reasonably be cross-shopped in late 2018, in their maxed-out configurations:

I don’t see any minivans on this list. I see luxury sedans and SUVs. Now let’s remove those unlikely to match Faraday’s launch feature set for 2018, and what’s left?

Three cars costing a little more than half an FF-91. The Model X, whose next generation interior will likely look that of a Volvo. In other words, amazing. Don’t like its looks? It’s a Tesla, and its looks are already baked into killer brand recognition and loyalty that matches or surpasses Porsche’s. Besides, the Model S can also seat seven, and will get a similar interior upgrade. Tesla invented the electric/connected/autonomous segment, and brings an ecosystem even legacy OEMs are years from matching. Don’t like Tesla? Lucid is attacking the same market as Faraday, with a stunning sedan with all the same features. Lucid may not have a factory or ecosystem, but it’s absolutely bursting with sex appeal.

Like the Homer, everything about the FF-91 reeks of feature bloat. The problem with next generation vehicles is that features will no longer exist on a continuum. Everything will be binary. Cars will be electric and fast, or not. Connected, or not. Autonomous, or not. By the time the FF-91 hits the market, its feature set will be completely commoditized among high-end cars.

Within five, among all cars.

Vehicles in the commoditized electric, autonomous and connected future will only sell based on brand, design and value.

The Faraday loses on all three: new brand, minivan, and that big, spiky cactus of a list price.

Everything about Faraday — the car, the company, the departures — screams of brilliant people struggling against Jia's bad decisions. My favorite is Nick Sampson, who should be CEO but inexplicably isn’t. If only Jia would loosen the reins, the FF-91 might look like a Lucid Air, or cost $75,000, or both. Instead, the FF-91 is too much, too soon. It’s a Homer. The market for $290,000 “mobility” doesn’t exist yet, if it ever will. The market for $75,000 mobility? It’s already here. It’s called an Escalade, Tahoe, or Suburban.

Why didn’t Faraday launch with a gorgeous $75,000 mobility solution? Something in between a Tesla 3 and an X? Something with shorter range in anticipation of ubiquitous fast charging? Something Uber or Didi might want to buy in the hundreds of thousands when self-driving tech is ready for primetime?

It says we can do it all, customers be damned.

I know Faraday has other cars in the pipeline. I saw a concept I shouldn’t have over a year ago. It was smaller than an FF-91. I wish I knew more. I do know that for every car that does too much, there is an executive with the same problem. That problem is Jia Yueting himself, who should get out of the way and let Sampson and his team do what they’re best at, which is everything but saying no.