Only in The Lone Star State! 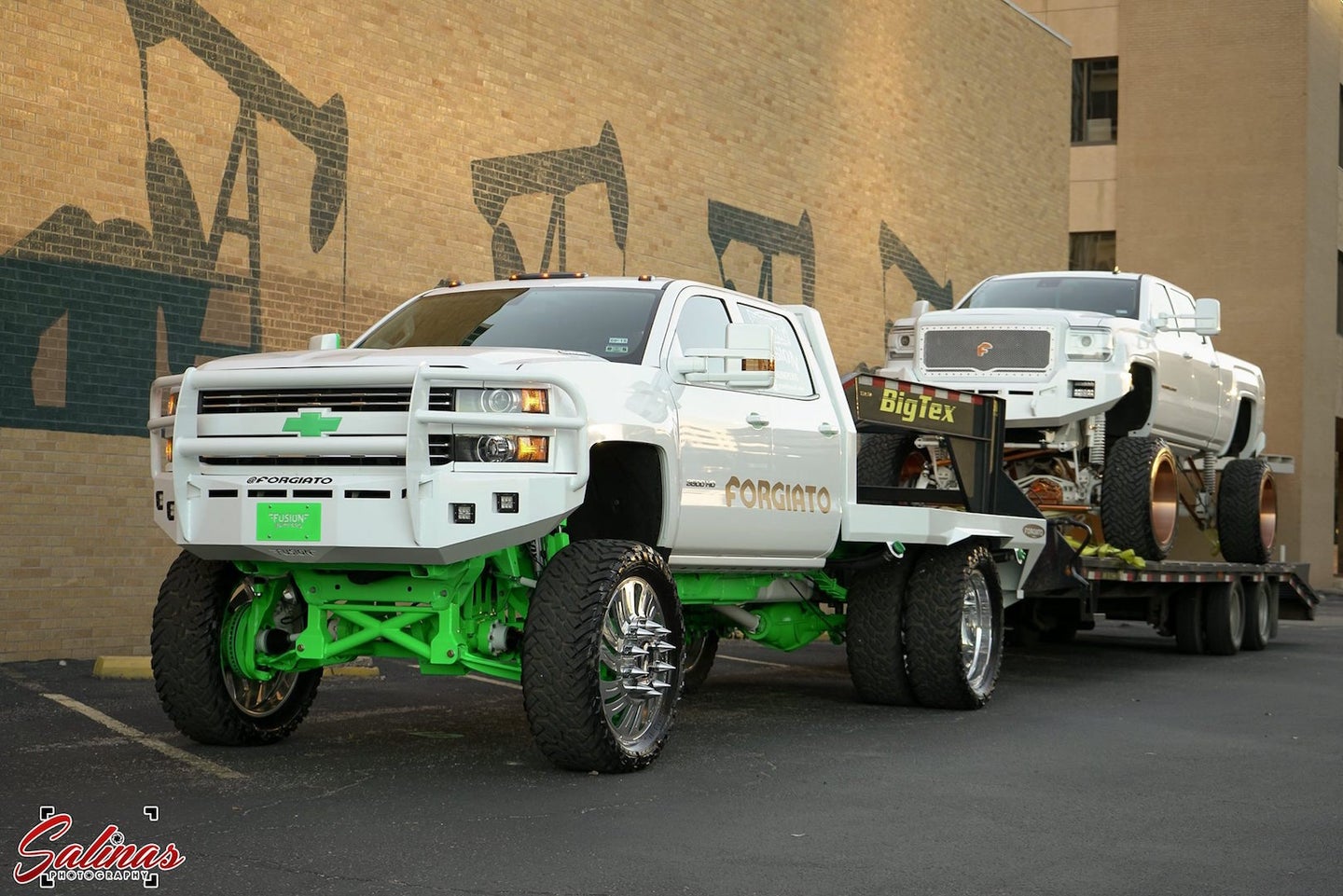 It's not every day you see one highly-elevated custom diesel truck on the road. It's even more rare to see one towing another. Owner of both trucks, @groundnpound_eden recently had a photo shoot with Salinas Photography to showcase both rigs and prove the 3500 especially could handle its duties.

A pairing such as this is bound to garner a few haters. Usually, the first criticism is that the vehicles are no longer capable of what they were built for and that's partially true. Yes, the truck on the trailer has six-figures invested into it and will probably never see much mud. However, the owner of the trucks already owns other rigs for that. The white Denali HD is the show truck and that's it.

On the other hand, the tow rig - no matter how customized - is absolutely doing its job. It was built to haul big loads and this particular 3500 dually just so happens to look pretty while doing so. Hard to hate on that.

Check out a video from the shoot below. (If you're not a fan of music from south of the border, you may want to mute.)