These new innovations give a peak into the future of BMW luxury tech. 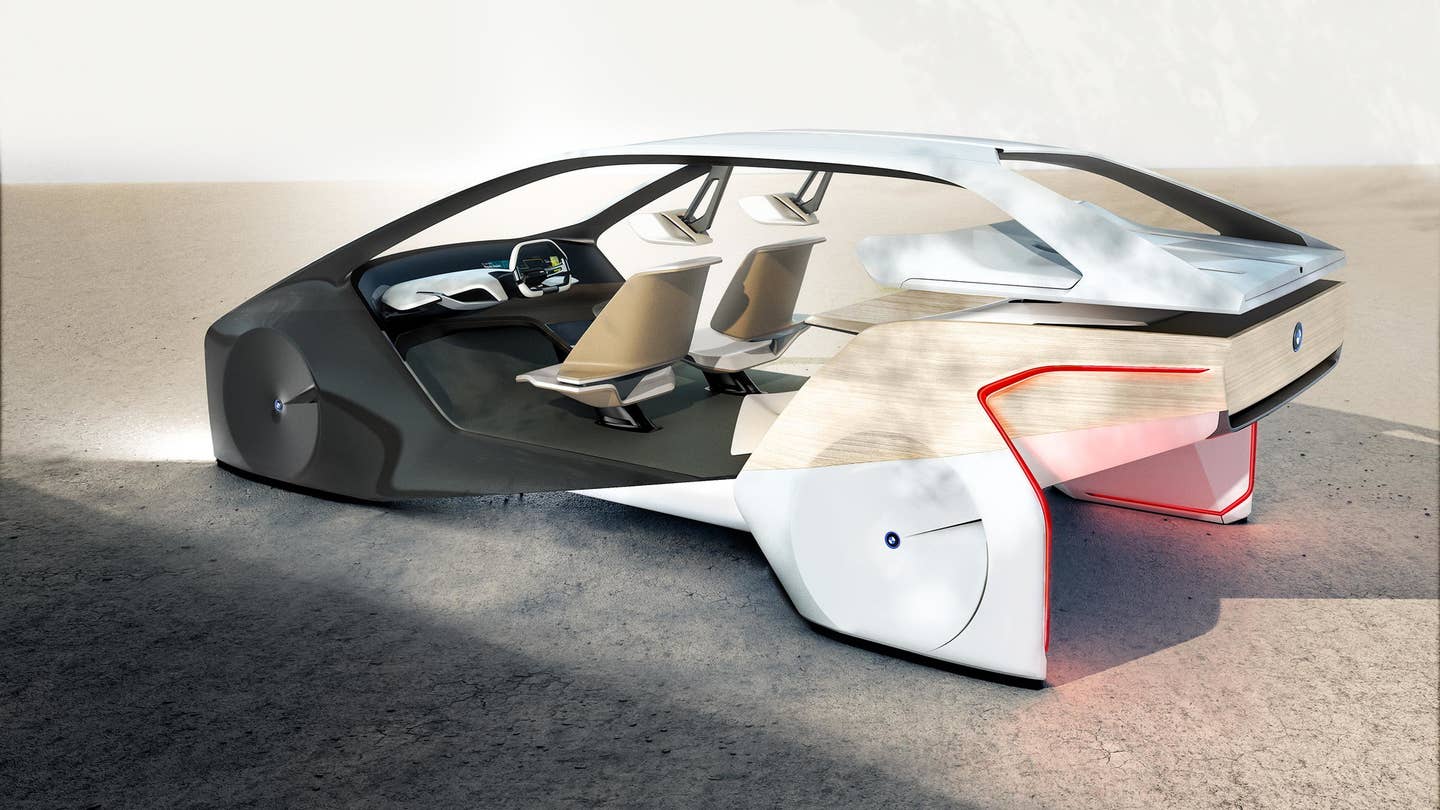 The Consumer Electronics Show has been a great platform for automakers to reveal their freshest inventions. For 2017, BMW took advantage of the stage to display their new holographic control system, HoloActive Touch. This feature allows for users to manage a variety of actions through a virtual "screen", improving on their gesture-based system that is available in BMW's current flagship sedans. The next generation 5-Series will also have autonomous capabilities, which was unveiled at CES as well.

BMW teased HoloActive Touch previous to its recent official debut. The manufacturer explained the feature in a press release this past month, telling of its enhanced skills and cleverness. The system uses similar technology as their gesture-based equipment, allowing users to scroll through menus and options to control the car's features. The screen is displayed by a projector while a camera detects movement, allowing for actions to take place without physically touching anything. The technology was once thought far-fetched, but as BMW has showed us, it's well within the range of the next several years. This was displayed at CES as a part of what BMW has called the "i Inside Future Sculpture". This would be an exclusive feature to the brand, seperating it from other luxury manufacturers.

The manufacturer has been working hard to build hype for their forthcoming 5-Series. They've released detailed videos on the model's history, dropped press releases consistently over the recent months, and now they've shown that it will have semi-autonomous capabilities too. This will be BMW's first application of such equipment, allowing the car to control acceleration, braking, and steering once started on a selected GPS route. Once it reaches its destination, it'll even park itself, giving owners an alert on their smartphone reminding them where to find their parking place. Development will continue, but for now, this is a big step that many will follow in the segment.

With this reveal, we get to see a slew of unique features to the big German sedan. Technology that we didn't expect for years is becoming increasingly available, putting the 5-Series ahead of the rest. HoloActive Touch looks like it will be a truly usable function, all gimmicks aside. You can have all of that luxury while the car takes care of the little things. That seems like the best comfort of all.