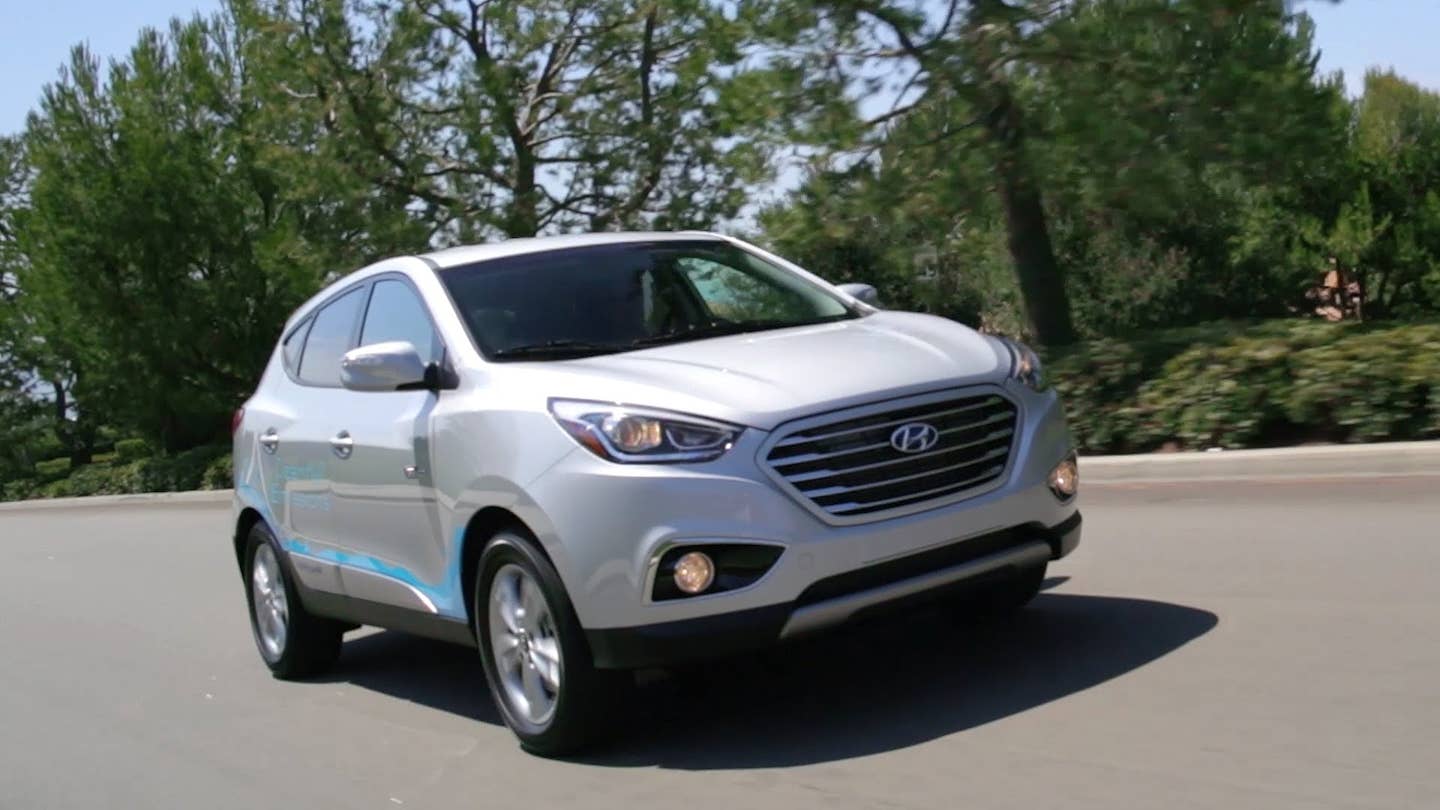 While others put all of their focus into electric vehicles, Hyundai wants to put some skin in the hydrogen game. The niche market includes competitors in Toyota and Honda with their Mirai and FCX Clarity models, respectively. The Korean manufacturer puts its Tucson platform to use, outfitting it with a fuel cell that, prior to this news, wasn’t all that impressive. That should all be changing here shortly.

Previously, the Tucson Fuel Cell was considerably underwhelming. It was introduced in 2014, back when hydrogen fill-ups were even harder to come by. This, along with a small demographic, made it a bit of an experiment for Hyundai. Now, things have picked up for the alternative fuel market, making it a worthwhile area for development. The second iteration of the hydrogen Tucson will best the Toyota in range, boasting 348 miles to the Mirai’s 312 miles. However, it still trails the Honda by 18 miles per tank. Regardless, this is a 30 percent hike for the Hyundai according to Nikkel.

We still have a full calendar year before the next Tucson makes its appearance on public roads. It is currently the most expensive of the three fuel cell vehicles mentioned before, and is projected to cost around $50,000. Each of these manufacturers must rely on a growing network of accessible hydrogen fill-up stations, or else all of this R&D will be for nothing. This continues to be a concern for those weighing the option against electric-only vehicles, and with good reason.

The current generation’s replacement should make for reasonable competition to Honda and Toyota, finally putting Hyundai in the running. Its exceptional range and improved overall dynamics will better its case against the two, promising a tighter race than before. As fuel cell ranges continue to grow alongside that of electric cars, they keep their relevancy in a fast-changing world. The question is: would you buy one?