The newest addition to Ford's lineup will serve as the company's smallest SUV. 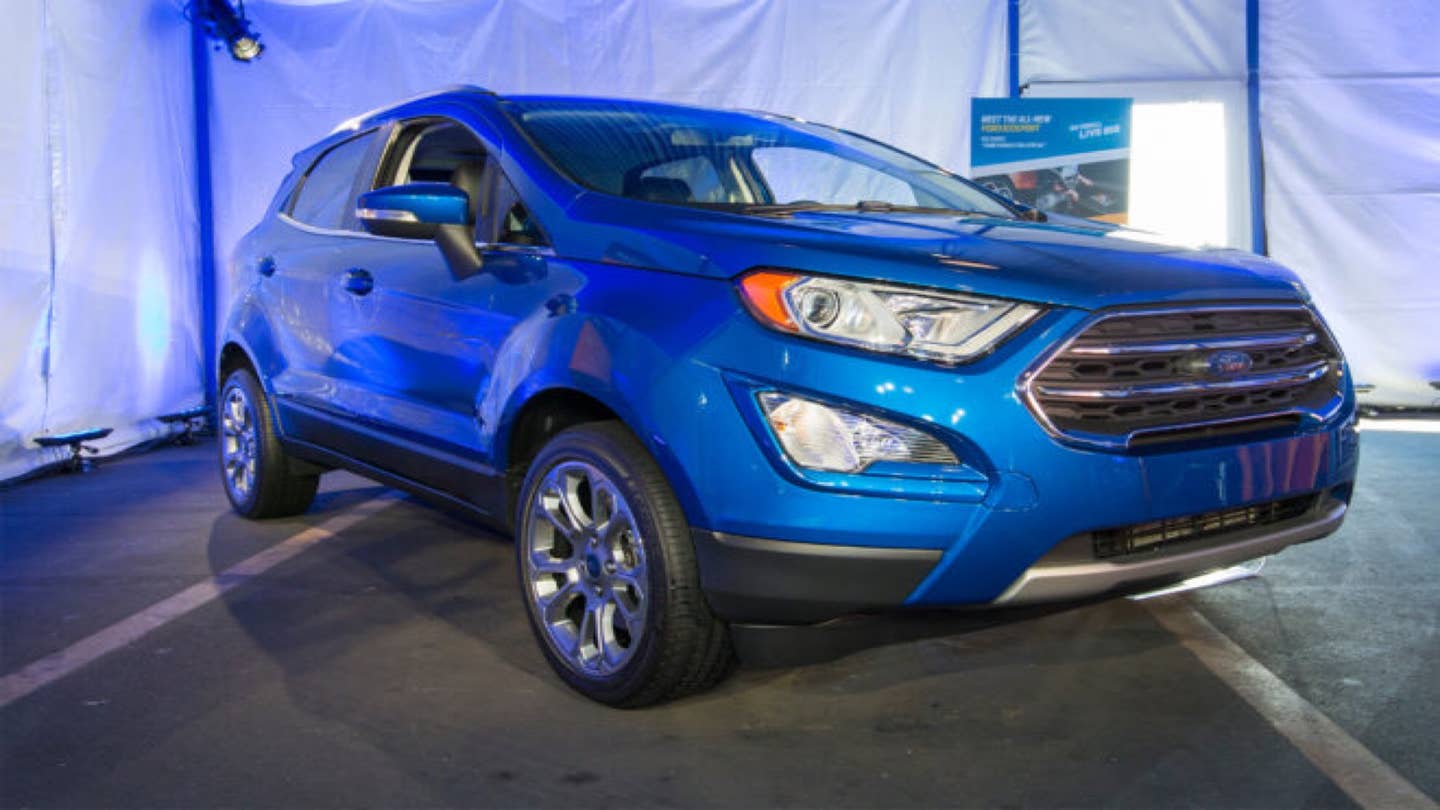 Ford introduced its new EcoSport model shortly prior to the 2016 LA Auto Show. The subcompact SUV is set to be released for the 2018 model year as the smallest SUV in its lineup, even tinier than the Escape. Competitors like the Buick Encore and Honda HR-V have proven the success of this segment in the US, and Ford wants a piece of the miniature cake.

The EcoSport is set to come with a variety of options to better suit a broad range of consumers. It will be available with both FWD or AWD, the latter being a front-drive biased system that sends power to the rear when needed. Optional engines include the 2.0L four cylinder that's familiar to the Ford range as well as the highly-praised 1.0L Ecoboost engine, a fantastic little oddball with only three cylinders. Expect trim levels to resemble the current rank of the Escape with the S model being the base, SE following after, then the top of the line Titanium. There will be plenty of tech available to keep its demographic of young college students happy including the new SYNC3 system and available 8" infotainment screen.

It is to be loosely based on the Fiesta platform, albeit a bit bulkier to give it an SUV-worthy stature. The interior is set to be especially spacious for such a small vehicle, allowing for plenty of cargo room and passenger space to haul around whatever your heart desires. This new segment sparks plenty of competition as the compact-SUV class has sold more than 1.7 million units since 2003, creating plenty of reason for Ford to step into the game.

Manufacturing will be performed in India, then it will be imported to the United States sometime in 2018. Expect to see the EcoSport as Ford's driving force towards driving smaller, greener vehicles as it provides all of the capabilities of larger rig while still being economical. This can be seen as part of the Go Small, Live Big initiative that encourages consumers to be eco-friendly while exploring the world.