With surging sales of the XE and F-Pace, Jaguar's risky strategy seems to be working. 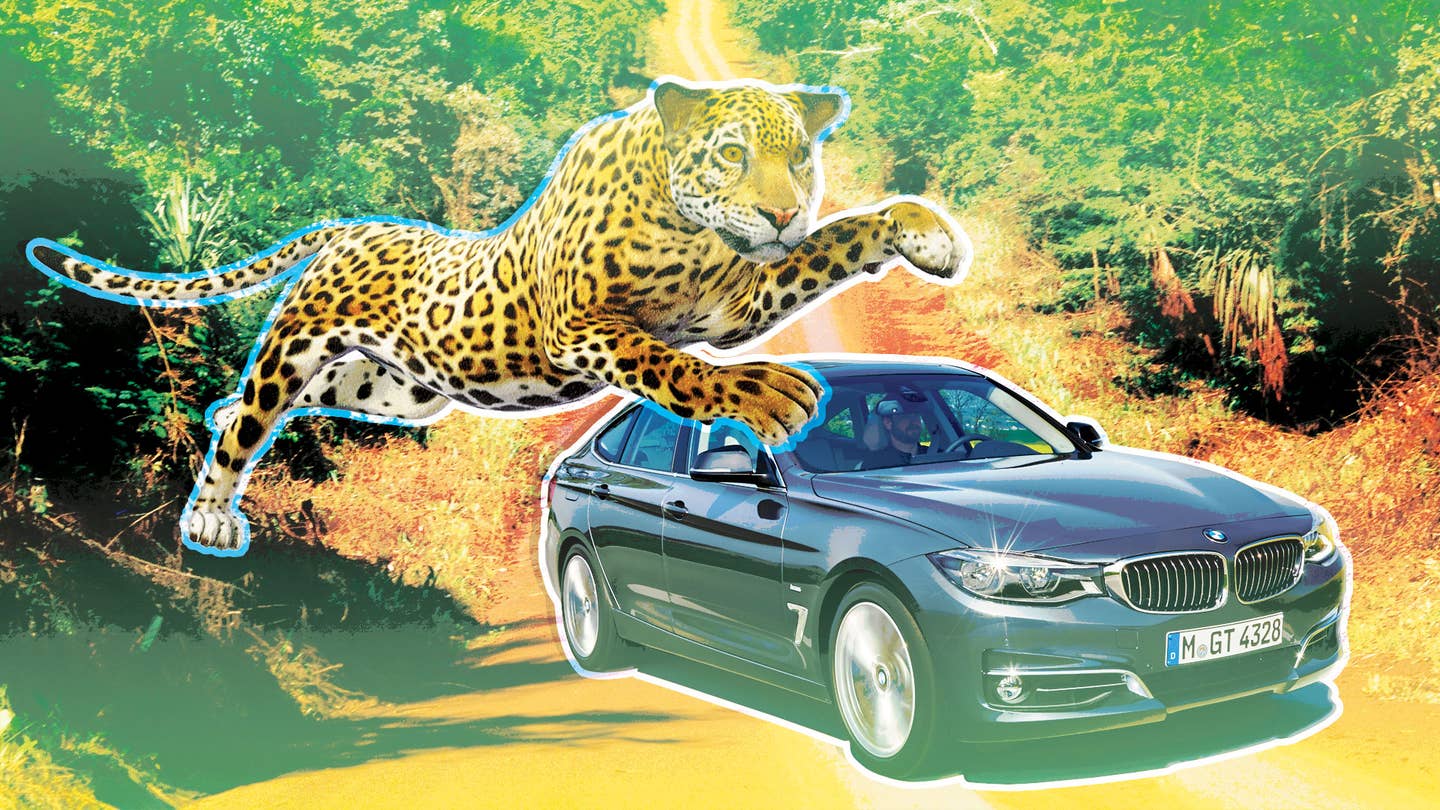 We’ve lost too many brands in this business. Some fondly remembered, some not so much. Saab and Saturn. Pontiac and Plymouth. AMC and Oldsmobile. Other auto companies always seem to have one foot in the grave, only to come back like the Walking Dead—a Maserati or Lotus or Alfa Romeo stumbling through the American heartland, attracting a few fearless warriors but mostly scaring the shit out of everyone else. (Those are some well-dressed zombies, at least.)

So it’s especially heartening to see Jaguar reanimate itself from its supine form, a Sleeping Beauty that may finally be getting its cobwebbed British castle in order.

Like a lot of fans who grew up dreaming of stogie-shaped E-Types or admiring cool gents in XJS coupes, I’d been worried about Jaguar. Since Ford cut Jaguar and Land Rover loose in 2008—after pouring perhaps $35 billion into this black hole of brand losses—Jaguar’s annual U.S. sales had flatlined around 12,000 units. An influx of critically acclaimed models gave them a blip, yet Jaguar sales fell in both 2014 and 2015. How bad was it? BMW, Lexus and Mercedes each move well over 25,000 cars a month in America; Jaguar has struggled to sell 1,000 a month. Land Rover has been giving its sleek slacker brother some cover, shouldering the majority of sales within the Jaguar Land Rover (JLR) family, but the patience of Tata Motors, JLR’s Indian parent company, surely couldn’t be unlimited.

For Jag fans who’d love to see these guys stick around, that patience (and Tata's investment) appears to be paying off. Jaguar’s twin Hail Marys—the $41,000 F-Pace crossover and $35,000 XE sedan—are landing in the hands of buyers. Jaguar sales surged nearly 170 percent in September, to nearly 2,700 cars, compared to 995 units last September. More than 1,600 of those cars were F-Paces and XE's, in critical segments where Jaguar had previously watched from the sidelines: Crossover SUVs and compact luxury sedans, the latter led by the BMW 3-Series and Mercedes C-Class. For the year, Jaguar is up 81 percent at better than 20,000 sales. That makes Jaguar the fastest-growing brand in America; starting from a low baseline, but still.

Aside from the slinky, strong-performing new Jaguars, that strategy is to reduce and realign prices to combat the image of Jaguars as cars exclusively for wealthy, carefree types. Just like that, models like the F-Pace, XE and XF are priced alongside Audis and Cadillacs—not fully loaded Mercedes.

“In the past, we were seen as niche and out of reach. Now we want to be seen as a core competitor that you can afford,” Eberhardt says.

Once you can afford that British luxury car, you want to know that it’s not going to break. Jaguar’s dependability ratings have actually been outstanding for successive years, but the perception continues to trail reality, naturally fed by years of watching your neighbor’s balky XJ gather dust in a garage—or by the insanely low resale values of older Jags.

Jaguar certainly isn’t out of the jungle yet, but the early returns are encouraging. The company says that nearly 20 percent of customers are citing the class-beating warranty as a reason for purchase, up from nearly zero before.

For more than 90 percent of buyers, the F-Pace and XE are the first Jaguar they’ve ever owned. (Jaguar expected a conquest rate from other brands of closer to 80 percent, and has been pleasantly surprised). Some of those buyers are as young as 30 or 35 years old, not the silver-haired widowers you associate with Jaguar.

“You want a car that appeals to the younger mindset in terms of aesthetics and performance,” Eberhardt says.

Most improbably, Jaguar is looking to extend that appeal to diesel fans and wagon geeks. The last time I spoke with Eberhardt, we were at a track in Spain for a test of the all-new XF and its diesel-powered variant. Jaguar’s 2.0-liter diesel is already on sale in America in the XE and F-Pace, with diesel XF’s reaching showrooms any day now.

I asked Eberhardt if Jaguar would go after VW TDI owners, their pockets filled with VW windfall cash and longing for a diesel alternative.

“We’re not specifically targeting those customers, but we welcome everyone with open arms,” he says with a laugh.

Hell, give us journalists a diesel wagon, and our nerdy heads will explode in some Warcraft style conflagration. Indeed, Eberhardt confirmed in our conversation that Jaguar’s lovely XF Sportbrake will come to America, though at an as-yet-unspecified date.

“ I’m not bothered by not selling 300,000 cars a year,” he says. “We have plenty of runway and opportunity for profitable growth.

“The future in North America is going to be challenging, but we like competition and we like our chances.”