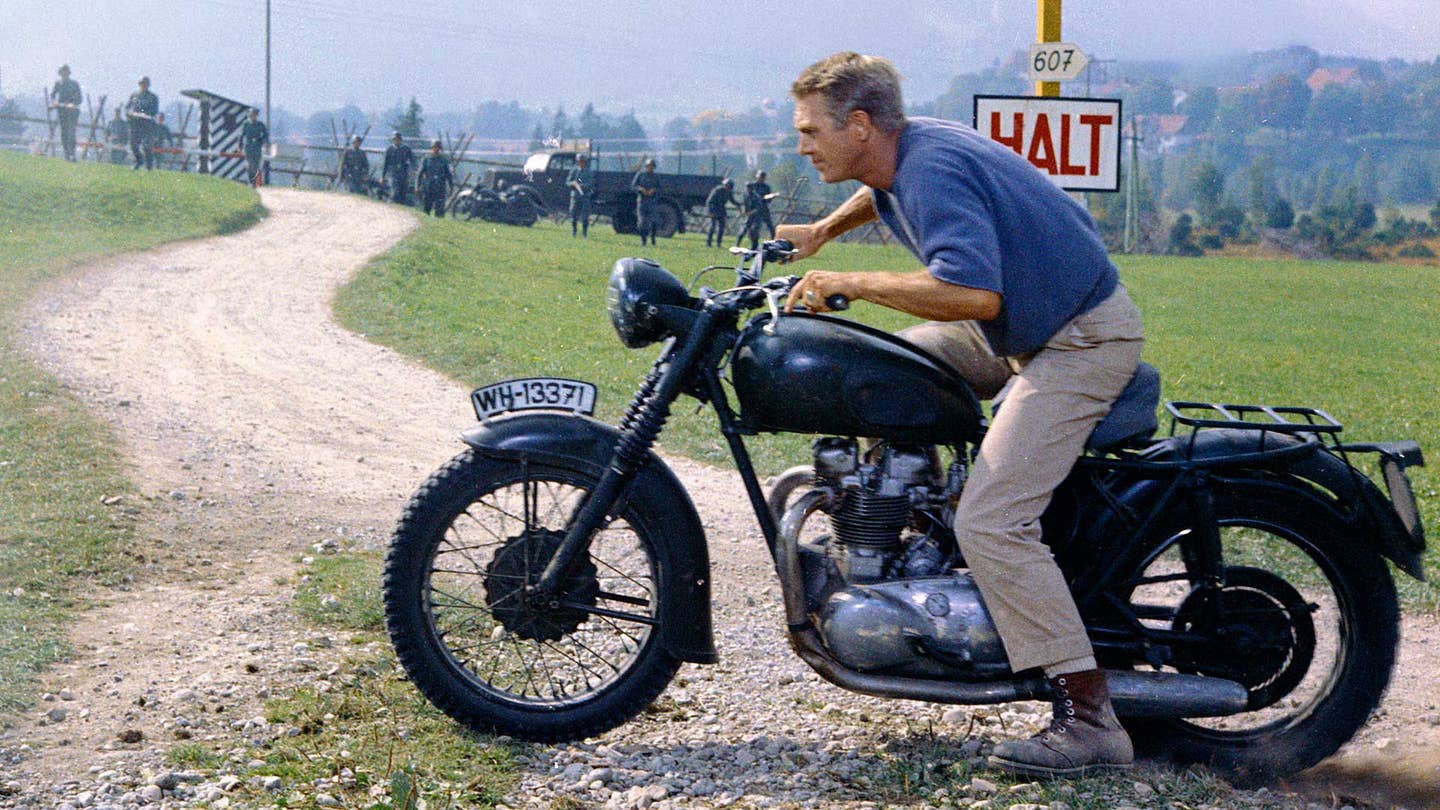 It’s finally happening. The long-teased 2016 Triumph Bonneville is finished, and a new teaser confirms that the will roll out Oct. 28th, just two weeks from now. From what we can see in the clip, this Bonnie still looks retro enough for David Beckham—though its modern liquid-cooled twin engine, at an expected 1,100 cc, dwarfs the 650-cc original. And even if you’re not a motorcycle guy, it’s news is still worth getting excited about: this bike’s history is rich to foul plugs.

The new Bonneville is latest in a long line of British hedgerow clippers dating back to 1959. Over the better part of a century, it’s become a Hollywood icon. Evel Knievel pegged the Triumph as his favorite stunt-jumping bike, though one put him in a month-long coma after a botched jump over the Caesar’s Palace fountain on New Year’s Eve 1967.

Steve McQueen, along with legendary stuntman Bud Ekins, hijacked and jumped a TT Special 650 in “The Great Escape.” And, for obscure charm, nothing tops the Seventies cult horror movie Psychomania (aka “The Death Wheelers), in which a gang of devil-worshiping bikers commits suicide to gain eternal Bonneville-riding bliss. It’s a B-movie Highway to Hell, including Angus Young shags that, like a Bonneville and black leather, may never go out of style.