The 10 Best Colleges for Car Lovers

If you're thinking about a career in the automotive industry, check these schools out. 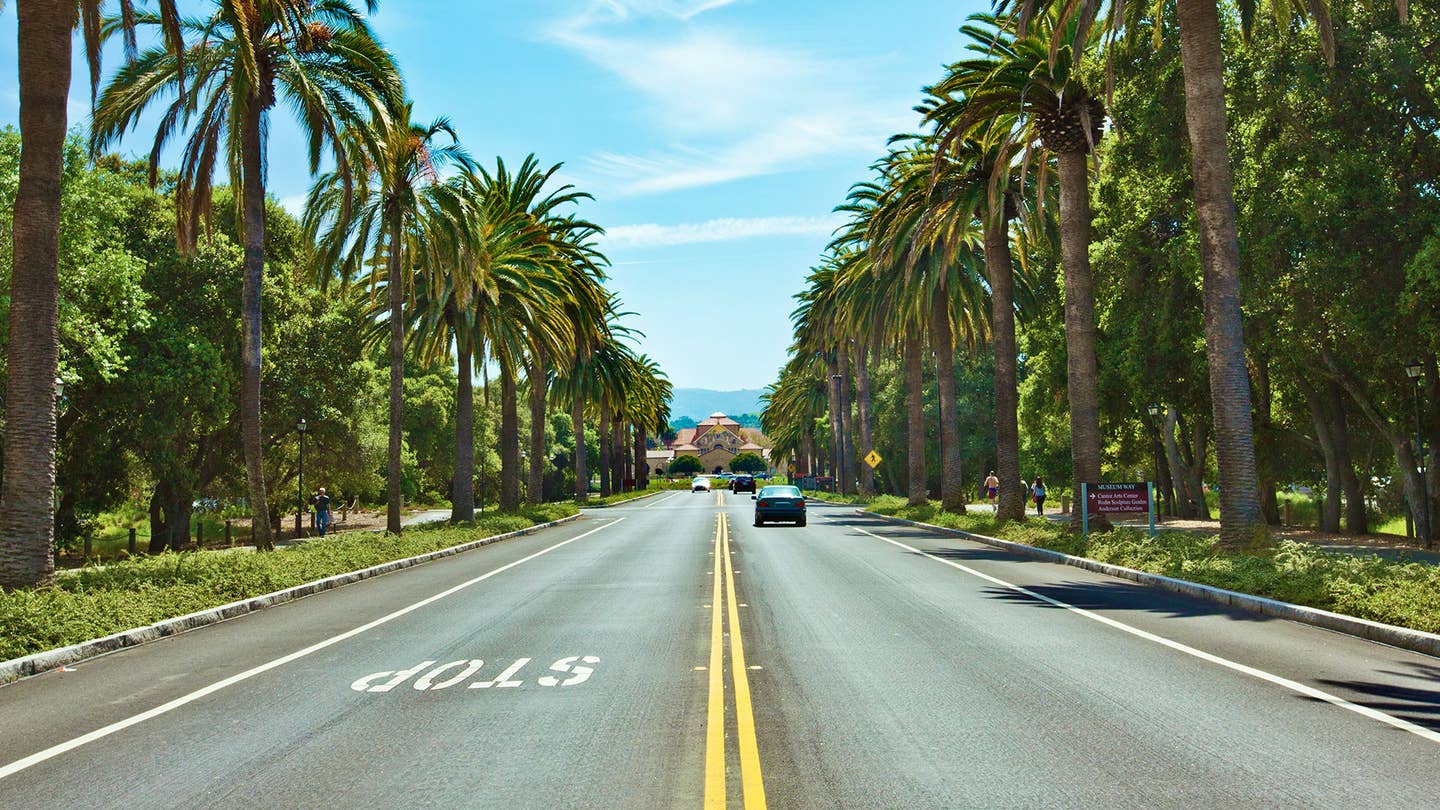 The following story has been created in conjunction with MONEY as part of its 2016 Best Colleges report.

This summer, millions of high schoolers across the country will venture off to check out colleges and universities near and far in hopes of identifying a school that suits them. They'll take campus tours, listen to lectures, check out dorm rooms and cafeterias, and peer sideways through their sunglasses to try and suss out the average attractiveness levels of the student body.

Many of these same high schoolers, however, also have cars on the brain. After all, driving is still a novel activity for most of these 16- and 17-year-olds; the stress of driver's ed has just begun to fade, the licenses in their pocketbooks and wallets are still freshly laminated. Cars and college, college and cars—two subjects at the forefront of many teenagers' minds.

So in honor of our cohorts at MONEY putting together their guide to America's best colleges, The Drive decided to create a list of the 10 best colleges for car lovers. To do this, we weighed a variety of criteria, from the local car culture to each school's rankings in the fields that would help graduates make it in the automotive industry. Whether it's in design, engineering, public relations, journalism, or any number of other fields, the automotive industry offers plenty of ways to make a living beyond simply slapping cars together on an assembly line. Play your cards right, you might even wind up working for one of the nation's coolest automotive websites on the hip Brooklyn waterfront.

So if you're a car lover sitting at home debating which schools to fire off applications to, take a peek through this list and see if any of these schools speak to you. And if you wind up attending any of them—tell 'em The Drive sent you.

It shouldn't come as a shock that U. Michigan is on this list. Located roughly an hour outside of Detroit, the university falls squarely in the geographic heart of America's automotive industry. It's one of the top-ranked schools for automotive engineering, and sits within a short drive of some wonderful roads. (If in doubt, just follow the cars from one of the automotive magazines headquartered in Ann Arbor.)

Check out MONEY's listing for University of Michigan—Ann Arbor.

Located squarely in the midst of upstate New York, Cornell is surrounded by bucolic lands covered in quiet roads, making it easy to haul out the car and blow off steam between exams. The school's communications and engineering programs both rank highly; it's also an eight-time Formula Society of Automotive Engineers champion school that has entered numerous notable autonomous driving competitions.

The University of Texas at Austin

It may be one of the largest single campuses by population in America, but UT Austin's size hides a highly-ranked engineering program that works with the Society of Automotive Engineers. Plus, venture out into the hill country surrounding the Austin city limits, and you'll find a veritable desert playground of fast, winding roads made for car enthusiasts.

Check out MONEY's listing for The University of Texas at Austin.

As if Stanford's jaw-droppingly gorgeous campus and esteemed reputation weren't enough to woo you to this northern California enclave, its proximity to Silicon Valley—which is rapidly becoming a center off automotive innovation—and highly-ranked communications and media studies department makes it a great choice for car-loving students. Plus, point your car north past San Francisco, and the next 500 miles is filled with incredible driving roads.

Los Angeles has long been a haven for automotive car culture, and USC lies smack dab in the heart of the the City of Angels. Add in the school's strong communications program and the many automotive companies and publications with divisions in the greater So-Cal area, and it's clear USC would be a solid fit for anyone interested in pursuing a career in automotive journalism or P.R.

Check out MONEY's listing for the University of Southern California.

While Boston may not seem like an automotive mecca, it lies only a couple hours from the country roads of New Hampshire, Vermont, and western Massachusetts, which are packed with lovely roads. In addition to being, obviously, a center of technological innovation, MIT also has a notable communications program. And the school has a track record of turning out talented automotive personalities; Tom and Ray Magliozzi of Car Talk fame both graduated from MIT.

Check out MONEY's listing for the Massachusetts Institute of Technology.

Nashville may be best known as the country music capital of the world, but the surrounding areas are also home to some great driving roads—as well as the U.S. headquarters of Nissan and Infiniti. Vanderbilt offers one of the nation's better communications programs; add in one of the nation's most beautiful campuses, and this Tennessee school proves itself a solid choice for car lovers with an eye and ear for the poetic.

With some of the world's great roads only a couple hours away and a world-class engineering program that offers students a chance to develop all manner of hands-on skills in the transportation realm, this northern California school is a mecca for anyone seeking a chance to work his or her way into the world of automotive engineering.

Check out MONEY's listing for University of California–Davis.

One of the points in North Carolina's fabled Research Triangle, Chapel Hill offers plenty of Southern charm—and plenty of places to go for a fun drive, once you get outside the urban area. After all, North Carolina is the home of the Tail of the Dragon; while that famed road lies a few hours away, just getting there is a treat in and of itself. Combine that with the school's strong showing in the fields of communications and media, and this university can hold its own with any on this list for car lovers interested in a career in the automotive field.

Check out MONEY's listing for University of North Carolina at Chapel Hill.