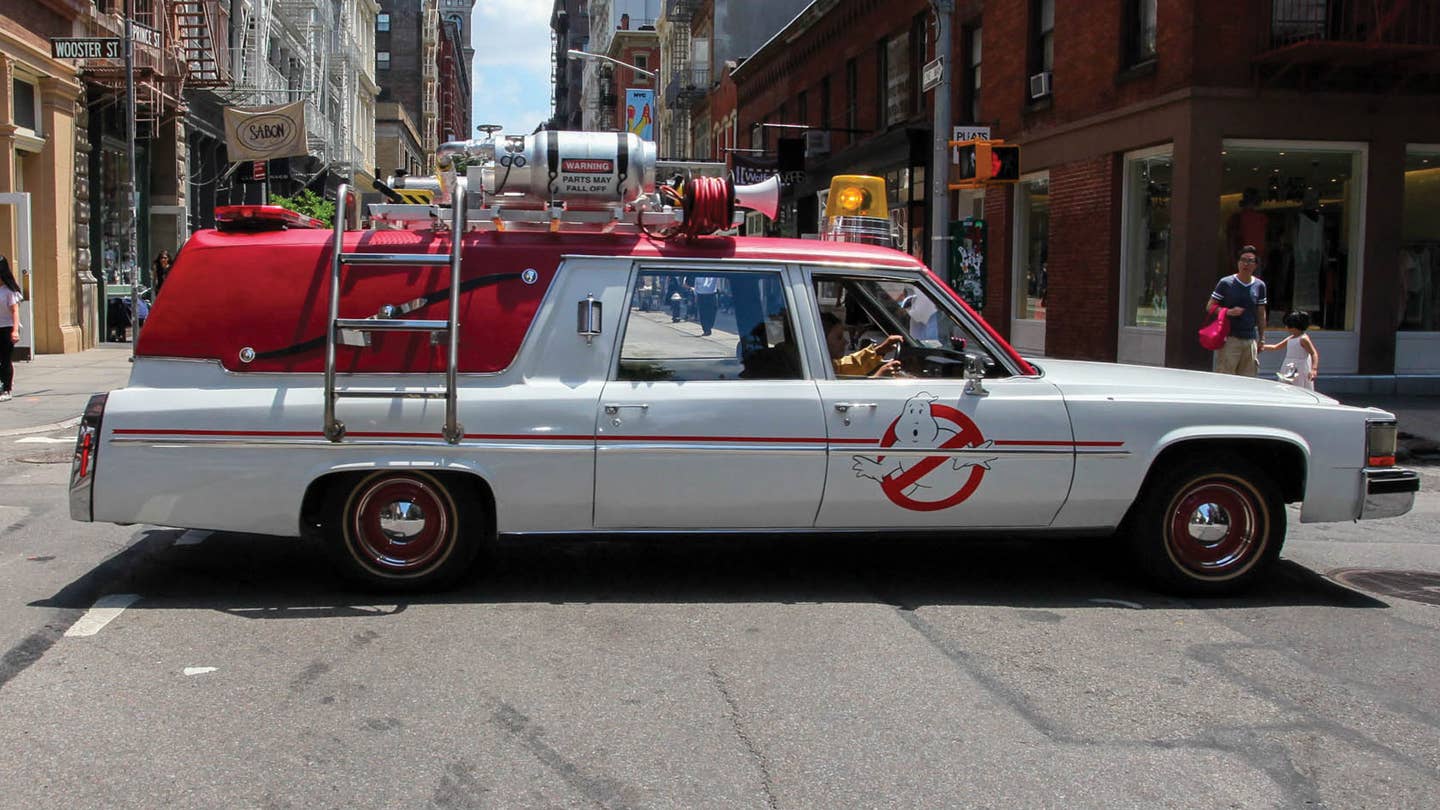 You’re out partying during the long holiday weekend. You’ve had a few too many libations. Who you gonna call? Lyft, if you want to get picked up in a sweet Ghostbusters-spec 1980s Cadillac Superior wagon. No, Slimer won’t be driving your Ecto-1 taxi, but your chauffeur will be costumed like a character from the famous film franchise.

But every Ecto-1 rider will walk away with a serious sugar rush, thanks to free Hi-C Ecto Coolers—also being rebooted along with the film—and Hostess Twinkies of the Key Lime Slime variety. (Presumably, Kraft Jet-Puffed Marshmallows opted not to participate in this publicity stunt.) While this is still a cool program, it’s a bit of a shame that the original 1959 Cadillac Miller-Meteor ambulance-slash-hearse machine, with those fantastic retro fins, isn’t an option on the ride-sharing app. Still, given how prone Bill Murray is to popping up in random places, perhaps your Ecto-1 will screech up with Peter Venkman behind the wheel. For details on the promotion, check out the Lyft blog.