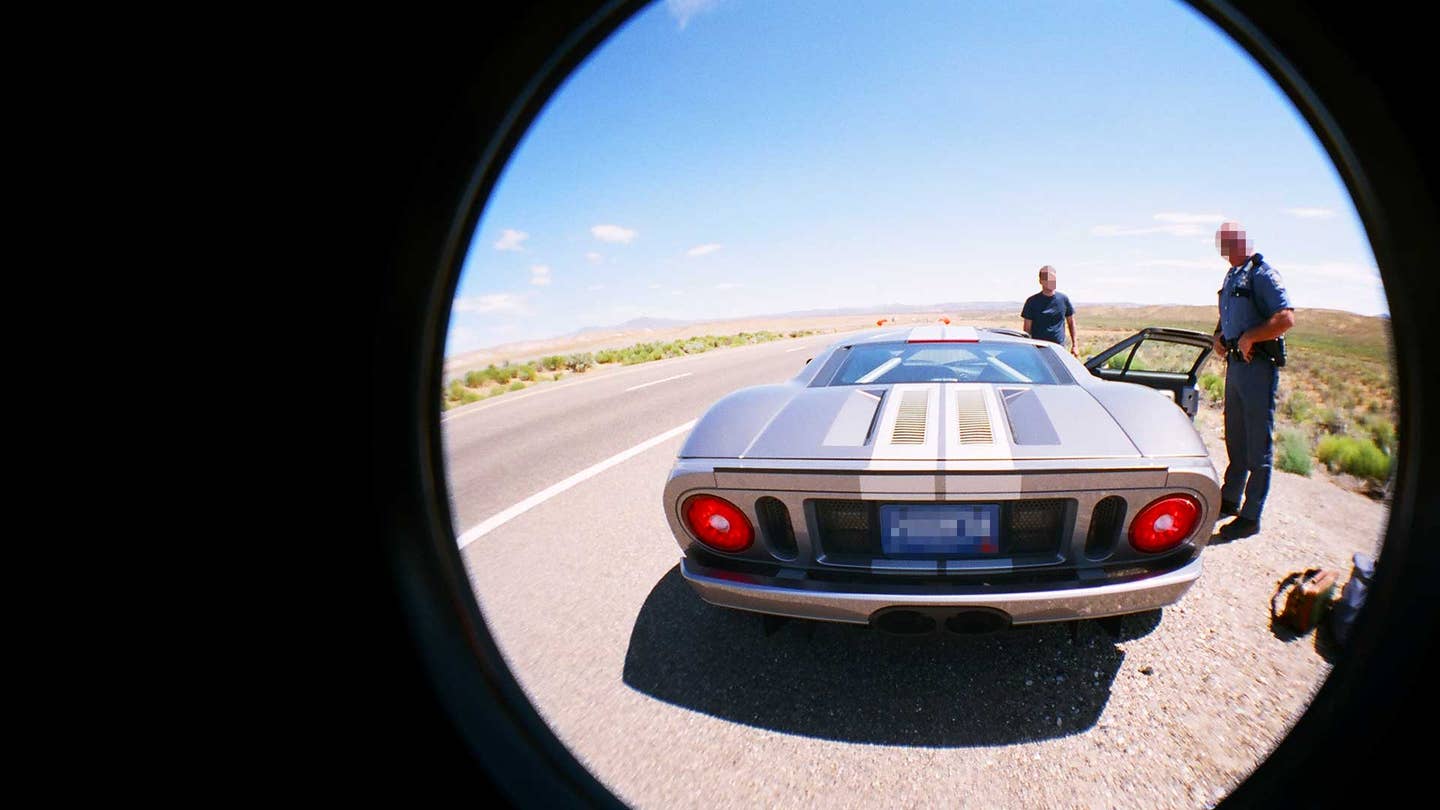 Welcome to Road Warrior, where readers submit debaucherous, weird or funny road-trip stories. Speed? Trouble? Bloodshed? It’s all anonymous, and anything goes. Think of it as the no-holds-barred, two-lane confessional. Repent and be absolved, my son...

The Road: I-80, through Nevada

We were in the desert, nothing but dirt in all directions, and the pavement was straight and empty. No other cars in sight. Our GT was capable of 200-plus mph. I’m thinking: Moments like these don’t come often. I goosed it, and the speedometer needle jerked across the gauge.

The eyes struggle for perspective at 175 mph, and you can feel the jelly around your brain tingling like it’s mentholated. A tire blow-out could be fatal; a speed trap could come out of nowhere. The GT wanted more.

The car didn’t belong to us. We’d been asked to deliver it from west coast to east, as a favor, so everything had the sheen of moral turpitude, it all being a gesture for a friend. Motoring through Nevada, we had a long way to go. I lifted from the throttle and downshifted, thinking I’d pull off at the next exit for a piss. That’s when I lost the clutch—completely and instantly. We rolled to a stop on the highway shoulder and got out of the car.

That’s when a highway patrolman pulled up behind us. He couldn’t believe his eyes.

“This thing is a Ford?” he asked, incredulous. Yep, a Ford. “You guys are lucky,” he said, “I’m the only patrolman on duty for 300 miles in either direction.”

“You have no idea how lucky we are,” I answered. If that cop had shown up four minutes earlier, we’d be in handcuffs.

We towed the car to a Ford dealership in Elko. It was a Sunday afternoon, and the place was closed. Which is how we found ourselves with a night free in Nevada.

Elko is a bizarrely wonderful place. So was the whorehouse we found on the edge of town, which—as many a Vegas conventioneer could tell you—had a perfect right to do business in the Silver State. Step inside Sue’s Fantasy Club, and it’s like you’ve entered another country and another time. There are the usual barroom smells, booze and lost souls. Only here, the male patrons seem to squirm on their stools as you size them up, and a lineup of women appears, all smiles. They don’t look like fraternity sisters, but their faces are surprisingly tender and, dare I say, innocent. Each undoubtedly has a story worthy of a Springsteen ballad or six. Being married guys, we made love to our cocktails and left.

The next day, we dragged our hangovers back to the Ford dealership. The chief mechanic was in the shop looking down at the GT. He said, “Well, there goes the theory that I’d never lay eyes on one of these.”

“Can you fix it really fast?” I asked. “We got three days to make it cross-country.”

He laughed. “No way. I gotta order parts. This is going to take a week.”

A week. In Elko, Nevada. The mind reeled.

We headed straight for the local airport and caught a small plane. The GT’s owner sent a transporter for the car. I maintain our innocence in every way. That busted clutch wasn’t our fault. Everything else? Very much our fault.