It wasn't an illusion, Michael. 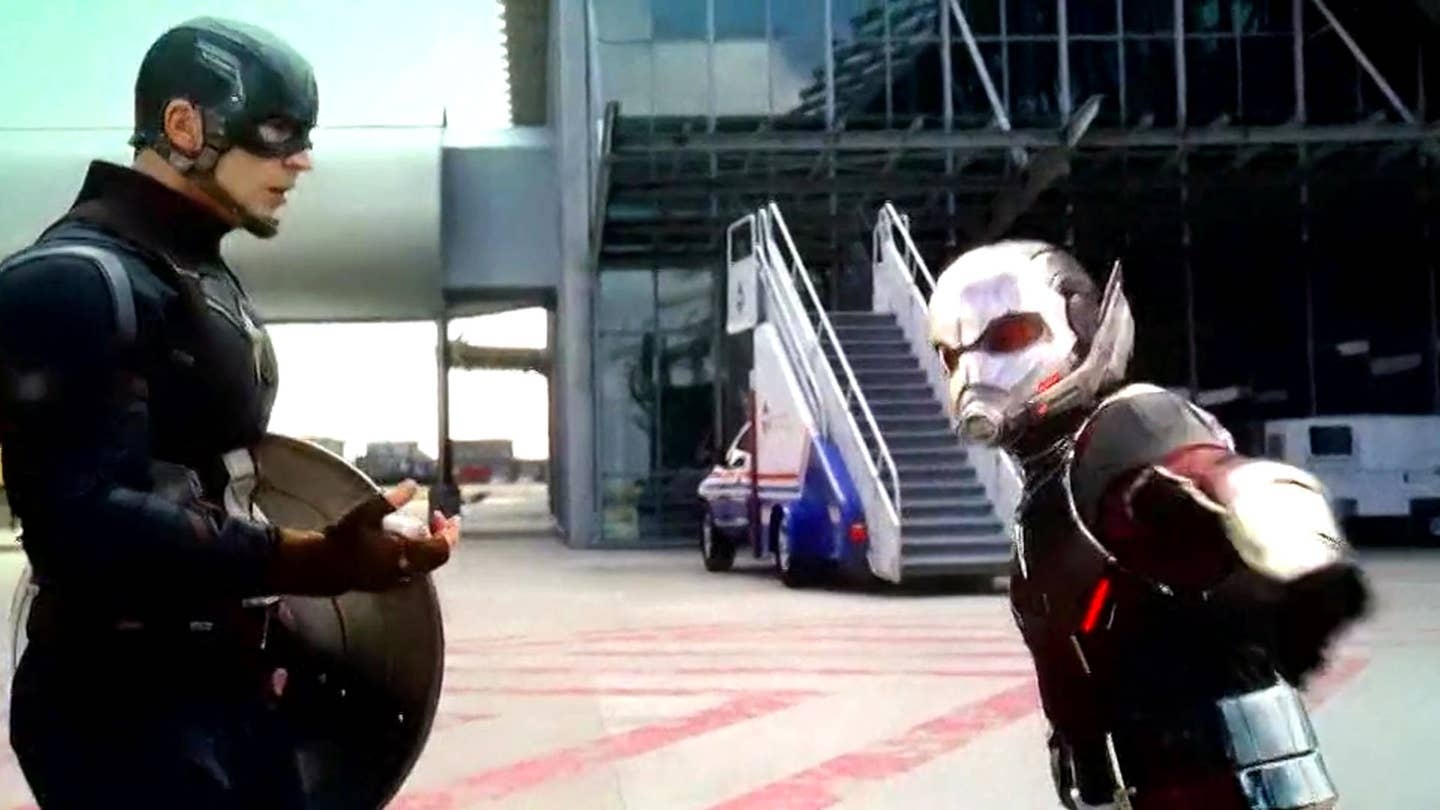 For comic book-loving car nerds, Captain America: Civil War is a cinematic delight. Not only is it jam-packed with some of the preeminent depictions of superheroes ever set to celluloid—including what may be the best version of Spider-Man ever—it's filled with cool vehicles, too, from the Audi Prologue Concept to the Audi SQ7 to the Avengers Quinjet...which we assume is also made by Audi.

But unless you have the telescopic vision of a certain Kryptonian from Marvel's Distinguished Competition, you probably missed the best automotive cameo in the entire movie: a guest appearance by the Arrested Development stair car.

Yes, look closely during the epic fight scene that makes up the film's heart, and you'll see the Bluth family's vehicle of choice necessity hiding in the background. It's only visible for a few seconds while Captain America and Ant-Man hammer out a plan, but anyone who's zealously watched every single episode of AD will recognize the distinctive red-white-and-blue livery of the Bluth's stair car in a heartbeat.

The plug isn't as random as it seems. Before they were Marvel's directorial dream team, Civil Warhelmsmen Joe and Anthony Russo directed TV comedies—including 35 episodes of Arrested Development. (From the original run, no less. None of that Netflix fourth-season crap.) So with Civil War's second-act superhero-versus-superhero battle taking place on the tarmac of Germany's Leipzig-Halle Airport, the Brothers Russo apparently found a perfect place to wedge in a glorious reference to their former show.

Now if you'll excuse us, we're off to write an Arrested Development/Marvel Cinematic Universe fanfic where Peter Parker starts dating Maeby Funke, Tony Stark discovers his father had an affair with Lucille Bluth, and Buster gets hold of the Winter Soldier's robotic arm.