It's a zany French comedy about an ill-fated road trip to a car show. What's not to love? 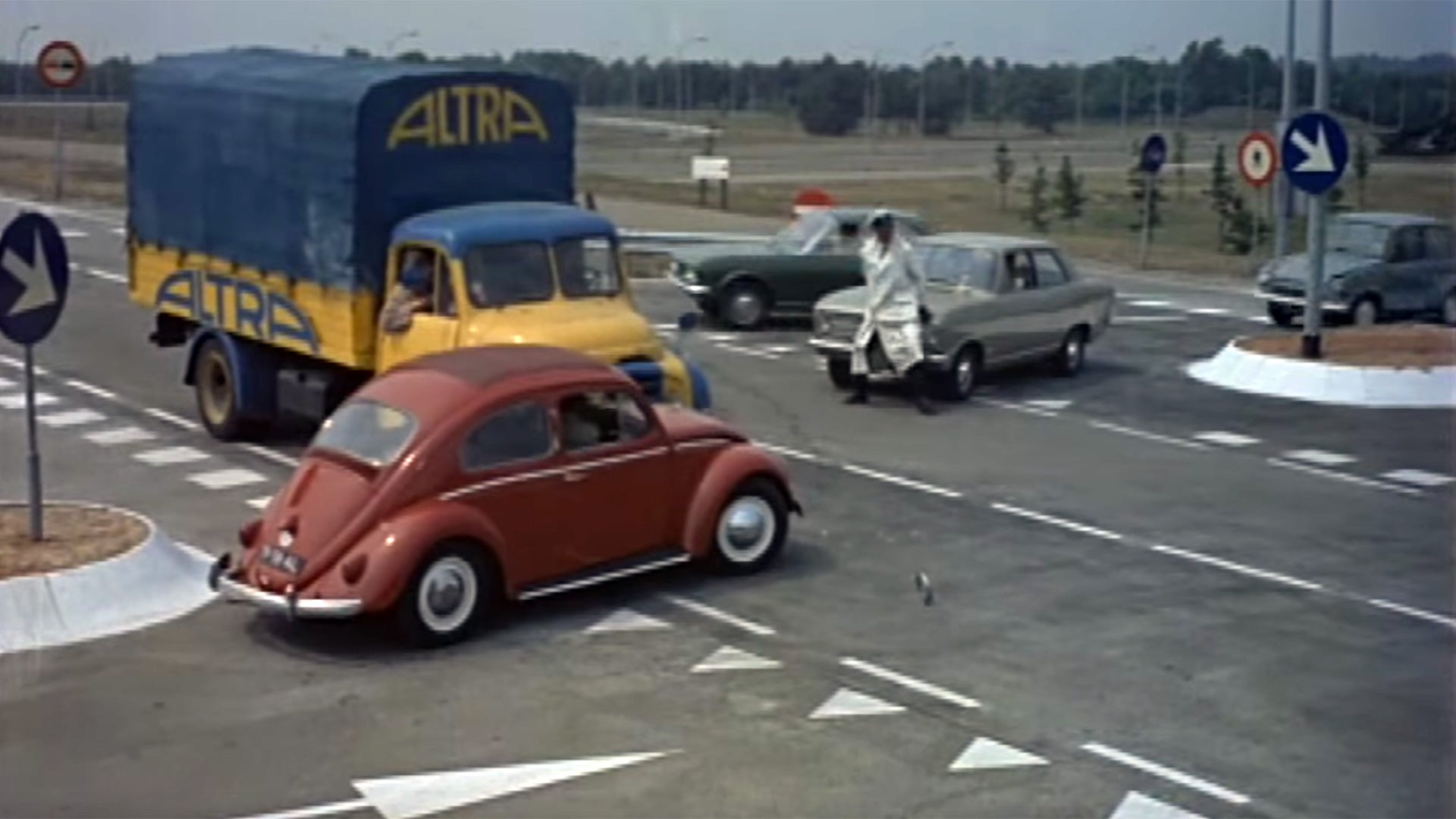 Not every road movie has Bob Hope in it—not even close. This weekend, after eating, drinking, carousing and beyond, settle in Sunday for a little bit of, yes, French film. Skip the silent movies, the artsy black-and-whites, and the famous one whose shooting endangered a dozen too many Parisian pedestrians in favor of Jacques Tati's 1971 comedy Trafic, a road-going romp starring the director himself as Monsieur Hulot, a clumsy auto designer working for fictional French car company, Altra. After designing a revolutionary, many-featuring camper van, Hulot sets off with a snooty publicity agent, Marie, to Amsterdam, for the auto show.

There's a lot to like here. Kicky, electric organ-based, soundtrack? Get out the dancing shoes. Smorgasbord of Citroëns, including the always-arresting DS? See if you can get bored of the colors Jaune Panama, Blue Delphinium and Rouge Corsaire. Pre-CGI car crash choreography and pyrotechnics? You'll spit at the bevy of pixels in the next Fast installment.

As part of the Criterion Collection, Trafic has been chosen by many people with mustaches and Katherine Hepburn accents, so you know it's good. We found it on Hulu, but your medium is up to you, bien sûr. Extra points for 35 mm.