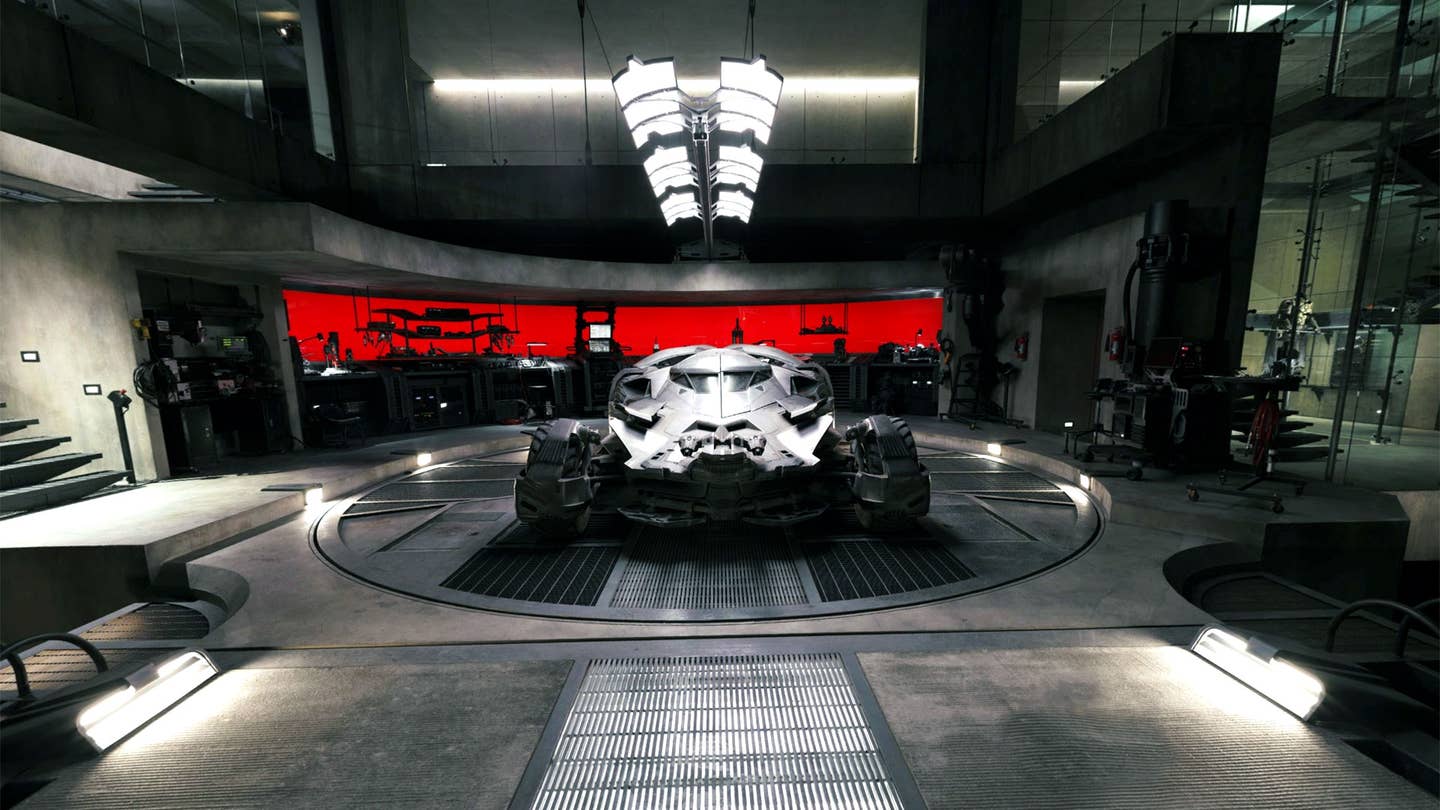 In spite of its pitiful plot, poor performances, disjointed directing and reviews so negative they make Ishtar sounds good in comparison, Batman V Superman: Dawn of Justice raked in $424 million worldwide over the weekend, shattering records the way Bruce Wayne and Clark Kent’s alter egos shatter jawbones and buildings throughout the flick. But no movie goes this big all on its own. The film was helped by a massive media push, complete with traditional and nontraditional advertising. As part of the latter, Google Maps is offering a self-guided Street View tour through the ultimate man cave: Batman’s garage. (Which you may know as the Batcave, depending on whether or not you used to pretend it was your bedroom when you were a kid.)

You won’t spot the Jeep Renegade that Bruce Wayne tools around Metropolis in, nor the vintage Aston Martin he takes to parties where he trades barbs with chiseled, bespectacled reporters. But you will spot most of Batman’s tools of the trade sitting around the stark, modern space. There’s the giant Converse All-Star masquerading as a Batmobile, the Northrop Grumman refugee of an attack fighter Batman flies around on, tools, a crawler, an early version of the cybernetic battle suit he uses to pound on the Man of Steel, even the Robin suit defaced by Jared Leto’s horrible, horrible Joker. Click around long enough, you’ll even stumble into Bruce Wayne’s lakeside bachelor pad, where the Bat-fleck presumably sits around and mopes while listening to Simon & Garfunkel.

And of course, there’s a buttload of guns. Because Zach Snyder’s Batman has to use guns and kill people.

You can check out the Google Street View tour here.